Stephen Giddins was born on the 29th of January, 1961, in the United Kingdom. Stephen is an English Chess player and avid writer. Stephen graduated from Keble College, Oxford, in Philosophy, Politics and Economics, in the year of 1982.

Stephen, during his years, went on to become a FIDE Master, having written quite a multitude of chess books, that have since been translated to different languages – Spanish and German, for instance.

Stephen has written many books that have helped thousands upon thousands of readers around the globe, among these are 50 Ways to Win at Chess, 50 Essential Chess Lessons, and the one that will be the center of today’s 101 Chess Opening Traps book review.

Giddins had his wonderful book 101 Chess Opening Traps published in 1998. Make sure to check out our selection of 3 best books to learn chess, where you can also find this amazing book.

Worth mentioning, from the very start, is that Giddins and what he writes don’t concern themselves with elaborating on the traps that he mentions and utilizes. The reader is put in a kind of limelight and he ought to be able to adapt properly as the pages turn and the terminology becomes a bit more confusing. It is true, however, that this more serious method of waiting for the reader to catch up instead of putting everything out there, has shown success in other situations.

There are two main sections or main things that Giddins concentrates on, and they are – traps that are singularly easy to have your opponent or enemy be tricked into falling and traps to play without losing your own advantageous positioning.

The way that Giddins writes is a very lively way. It is no secret, from the onset, that Giddins is a very capable writer. The traps that he explains, however, aren’t common or usual traps. The most experienced players are wont to fall into these traps that Giddins sets up, as they are very uncommon and rare. With each trap, an informative and concise background is written.

What are the Traps?

One might ask themselves – what, in fact, are traps? Chess traps are positions that come up during the natural course of the play. The ones that are most effective are those that you can make seem unsuspicious while lulling your opponent into a false sense of safety.

With that said, it is no secret that Giddins might have dropped the proverbial ball, in a sense, in the area of education. Seeing very capable players and masters make mistakes and blunders definitely boasts entertainment value, but it doesn’t aid the reader, not in a direct manner, with learning from the mistakes.

But, then again, with that said, though beginners aren’t going to understand what Giddins is hinting at from the start, the book is a goldmine for anyone that can crack the code. This is why we thought that it was worth giving our readers a book review of 101 Chess Opening Traps. 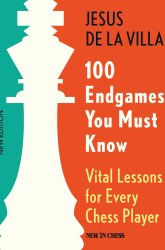 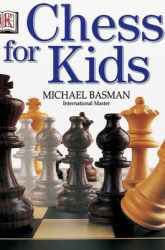