It is a Trilogy of which the first book is named Shadow of Ashland, the second is this one, and the third novel is called St. Patrick’s Bed. The author of this book, Terence, is a well-educated man having received a BA in English in 1967 from the University of Toronto, an MA from University College, Dublin, and a BEd in 1973.

A Witness to Life Book

In this book review of A Witness to Life, you will find out what the second novel of the Ashland series by Terence Green is all about. Some might find this novel pretty tragic, others might think it’s a very emotional one with mixed feelings about it. Well, everyone might be right as this story by Terence sure is a powerful one that raises many emotions among the readers.

Terence M. Green tells a heart-warming story about a man, the same as any, who is just living his life like the average person. He tells the story of Martin Radey and his whole family’s story for that matter. His journey starts and ends on a normal day, he was on the bus and suddenly, his last words were “I can’t breathe!” and he passes away.

Before Martin’s other journey starts, Terence has taken his time to introduce him to his readers. Radey is born to a family that lives in Toronto. It’s a very big family as he has 10 sisters and two brothers. Imagine living in a house with 10+ people.

Anyway, Radey’s mother sadly dies at a relatively young age which is one of the first tragedies to strike his life. Martin, being single until his late 20s, eventually marries, has two children, and another tragedy comes knocking on the door.

His young wife dies this time, leaving him a single father who doesn’t know the first thing about raising children alone. You will find that the whole story is full of tragedies as you can see from the book itself as well as our review of A Witness to Life book.

A pretty interesting fact we can’t forget to mention is that after Martin’s death, he turns into a black starling and is watching the rest of his loved ones’ stories as they live, grow old, and finally he witnesses all of their deaths.

Not Exactly a Happy Ending

Eventually, every character you meet in this story is dead by the end, they mostly die out of old age or natural causes. You will also find that the story is very similar in the prequel, Sadow of Ashland and the sequel St. Patrick’s Bed as you see stories of an entire century of Radey’s families and learn about more characters with different pasts.

This book review of A Witness to Life finds that the story in the novel definitely takes the reader on a long journey that almost never gets boring thanks to Terence’s great writing and always finding something to keep every page enjoyable. 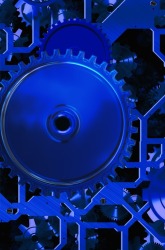