Ariel is the first book of the Change book series by Steven R. Boyett. The second and final book from that series is called Elegy Beach. This book review of Ariel tells you all about the imagination of the author Steven Boyett and what kind of story he comes up with this time.

An interesting fact worthy of mentioning about Boyett is that he sold his first novel at the age of 21 and has accomplished so much since then, He has done it all, writing, copywriting, teaching, website design and editing, proofreading, even producing electronic music, and so much more.

The story of Ariel is an exciting one as it talks about a thrilling adventure that would make you want to jump in there and help out the protagonist of the story. Before we introduce the main characters to you with our book review of Ariel, first you need to know what the general plot of this novel is and what to expect once opening the book.

Steven writes about a post-apocalyptic world but doesn’t start the story with one as it was first a peaceful place where everything seems normal. Well, at least it was until, pretty soon after you start reading, you find out that suddenly, out of nowhere and without any explanation or warning, everything electronic and every device that is more complex than a lever just stops working.

Industries fall apart causing massive damage to this world, planes, cars, everything crashes, killing so many and it doesn’t take long until the whole world is in chaos.

This whole devastating event to the humans is the perfect opportunity for magical creatures to set foot into this world, one of which turns out to be a powerful Necromancer who holds all the power, evil, filled with hate and seeking more power, proves to be a massive threat to everything.

Now, finally comes the long-awaited character introduction from our Ariel book review. We meet Pete Garey, one of the surviving ten percent of the human population who manages to stay alive after this event that is referred to as the Change.

After some time of scavenging, laying low and simply surviving, Pete meets a majestic creature, known as a Unicorn. It’s an injured one and Pete helps the creature to get better. A strong bond is born between these two as they find out that this evil Necromancer is looking for a great source of power which was the Unicorn itself, more accurately, its horn.

Journey to the Centre

He would stop at nothing to acquire this great source of magical power and these two special characters make a plan to go to the heart of his empire which he has built on top of a city in ruins, and try to destroy him once and for all. If you are looking for more books written by Boyett, check out our Mortality Bridge book review.

Will they succeed or not is up to you to find out from the book itself as it would be a great spoiler if we revealed it in this book review of Ariel. 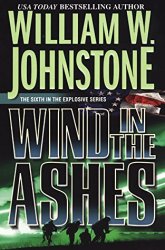 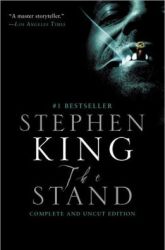