There is a plethora of books on the Chinese Civil War, some focusing on a small period of time, and others on a larger in what is a gargantuan topic.

In general these best Chinese Civil War books cover subjects such as the Taiping Rebellion of 1850 to 1864, the pre-civil war years starting in 1937, and the most eventful years of the Chinese Civil War between World War I and 1952.

China at War: Triumph and Tragedy in the Emergence of the New China 1937-1952 by Hans van de Ven

Dutch-born Hans van de Ven is Harvard-educated and a highly respected professor for many years of modern history at Cambridge.

His Book China at War is much acclaimed and viewed as a weighty and trustworthy historical work. He documents the war between the Nationalists and Communists as they fought bitterly for power, and as they labeled this civil war China’s war against Japan.

The Nationalists and Communists held wildly opposing views on the future of China, and they were willing to go to endless lengths to achieve what they thought was the correct way to lead a country.

The author shows to what unimaginable lengths tyrants will go to gain power, trying to convince their people their way is for their own betterment, but all along knowing full well their way means only death for millions of people and devastation of their cities and country.

The author details how the results of the Chinese Civil War have impacted the world ever since: it ended European imperialism in East Asia, and solidified China’s position, and brought the USA into the region.

China at war also shows the effects of the war politically and militarily, as changes in warfare began as a result, and the countryside changed face. The author writes with deep and profound scholarship as well as using accounts from people.

What Remains: Coming to Terms with Civil War in 19th Century China by Tobie Meyer-Fong

What Remains by Tobie Meyer-Fong examines the Taiping Rebellion, which was a massive civil war that took place in China between 1850 and 1864. The two sides at battle were the Hakka-led Taiping Heavenly Kingdom and the established Manchu-led Qing dynasty.

One of the Bloodiest Wars

The Taipings sought to convert China to their version of Christianity in every facet of life; they eventually were defeated, but not until one of the bloodiest wars in human history had taken place. The death toll ranges from ten to thirty million and thirty million were displaced.

As any strand of normal behavior was hard to find during that time, the author shows that, contrary to the warmongers’ wishes, there was no heroism in war: just disgusting waste of life. Her accounts are graphic, covering very disturbing stories of cannibalism and mass graves and all sorts of morally defunct human behavior.

While the book is acclaimed as excellent, it is seen as a book that requires prior knowledge of the war, and is also seen by some as politically biased in some aspects.

Mao: The Unknown Story by Jung Chang and Jon Halliday

Chairman Mao ruled China as chairman of the Communist Party from 1943 to his death in 1976. Among his many infamous deeds was the Great Leap Forward that was supposed to transform the economy from agrarian to industrial. Its implementation necessitated the worst famine ever in history and the deaths of between twenty and forty-six million people.

His tyranny was unprecedented yet still he seemed to gain a reputation as an intellect, a poet and a visionary. Like many controversial figures, many hail him as the man who modernized china, improved health and education, promoted the status of women, and brought China into world power status.

But that brought with it also mass repression, the destruction of much culture, starvation and deaths of millions, prison labor and mass executions. Feel free to take a look at our Mao: The Unknown Story book review, if you want to learn more.

Authors without apology take only one view: that he was one of the most evil men ever in history. They researched this work for a decade and took information from Mao’s inner circle within China and outside. They show through evidence that his aim was to dominate the world, and during his lifetime, in order to achieve his goal, over seven million people died.

Mao: The Unknown Story is much admired and also much criticized. It is admired for its detail and deep research, and it is criticized for being biased and drowning in the authors’ personal feelings. Whichever way the reader goes, the book is certainly well researched and fascinating.

Under Chairman Mao the Communists gained complete control of China in 1949, which prompted two million refugees mainly from the Nationalist government to flee to Taiwan.

Many families were torn apart and this book, Remembering China from Taiwan by Mahlon Meyer documents the difficult lives of these refugees as they waited fifty years to go home. They lived out the rest of their lives as dejected people dreaming of everything they left behind.

Eventually Taiwan and China increased in wealth, thus allowing reunions for the families of these dejected refugees. The reunions weren’t all peace and light, and this book documents the disappointments and difficulties as well as their joys in reunion, and their adaptation in a different world across the waters between Taiwan and China.

Meyer, American Professor of Chinese History, despite his obvious scholarship and academic brilliance, is criticized for being biased, and unbalanced. But he depicts well in elegant style how the movement of several million across the strait to Taiwan changed the island’s autonomy altogether.

He shows the effects in trauma for the locals and the refugees, and he shows a people ravaged and left desolate by the pointlessness of politics and war.

Decisive Encounters by Odd Arne Westad is a short overview of the post-World World II period of the Chinese Civil War and Revolution of 1949. The Nationalists were defeated during this time and the Communists rose to power under Chairman Mao.

The author focuses on the military campaigns with a painstaking detail that some say is too cumbersome. He also examines the cultural and social and political changes that took place during this event that is without doubt of the most important events of the twentieth century.

The author shows well how China’s development as a society and country, and in its relationships with the outside world, were very much molded during this time and set the tone of its politics that is still ongoing today. Moreover, the victory of the Communists set and steered the history of China for decades after, and shaped relations with America and in particular the Cold War.

Westad delves into the reasons for the war, and he also documents the results of the Communists’ victory. He shows the profound changes during this time, in society, politics and culture, that have shaped the China we know today. He tries to explain the Communists’ successes, and also he charts the relationship with the United States that began during this time.

Westad is a Norwegian historian specializing in the Cold War and East Asia at Yale University. He is much praised for his work and his excellent analysis. He manages a two-pronged approach of giving meticulous research from reports, memoirs and European scholarship, whilst also weaving a beautiful tapestry of the social and culture and economic changes, along with the military battles. It is highly readable, people say, at the same time comprehensive and accurate.

Chinese history, with its array of civil wars and revolutions, is huge, deep, and complicated, and the best books on the Chinese Civil War can be exactly that too. Its history has much blood and suffering on its hands, causing the biggest famine in world history, the killing of their own people the likes of which the world hadn’t seen before in number and method, and policies that seem to come from a completely different mode of brain-power.

Any work, however detailed it may be, full of excellent research with an array of different sources, however much it is written excellently with the pen of a fine novelist who can weave boring facts into fascinating stories, however well he or she has done, there are always very objecting critics in the realm of the Chinese Civil War.

Chinese history unlike any other country’s history seems to put writers and critics in very much opposing camps shouting that the other one has certainly got their take on the Chinese Civil Wars, and particularly Mao, all wrong. 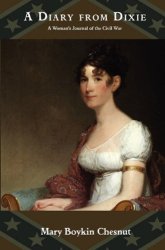