Bloodlines is a young adult fantasy book series written by Richelle Mead and it focuses on some pretty exciting stories about vampires. This genre proves to be a very popular one among teenagers and many more as well. You can even find it in our selection of the best vampire books for teens!

The book series originally has 6 novels in it but there is one or two more that fit in nicely with the plot as well. If you want to find out more about this interesting vampire book series, then be sure to check out this Bloodlines book series review.

The main character in all of the books is a girl named Sidney Sage who is described as being special even from the start. She is a member of the Alchemists, a group of no ordinary humans who have a very important mission in life, to help the world of vampires be kept a secret at all costs.

You get to find out this and a lot more about this strange fantasy world from the first book of the series itself, Bloodlines. We covered another work by Richelle Mead, check out our Vampire Academy book series review.

Sydney was managing to do a great job protecting humans and keeping vampires hidden from them, but in her last encounter with vampires, she managed to get herself in a lot of trouble which lead to her allegiance being in question.

The author quickly adds a whole lot of drama to the story when Sydney is dragged out of her bed in the middle of the night. At first, she thinks that she is about to get her punishment for the trouble she got in recently, but she soon finds out that the situation is a lot worse than that.

Sydney finds out that the sister of the Queen of the Moroi, Jill Dragomir, is in grave danger and something must be done about this before it is too late. So, the drama finally starts in the series when Jill and Sydney are sent into hiding in a human boarding school in Palm Springs. These two become roommates and you definitely have a lot of exciting moments waiting for you as you get to meet them both more personally.

The second book of the series is called The Golden Lilly and in it, the story continues after Sydney and Jill were sent to the human boarding school in Palm Springs. Sydney actually goes on her own spiritual journey in this book as you are about to find out in this Bloodlines book series review.

She begins to question her own old-alchemist beliefs after she meets some new people here and also wonders what it truly means to actually belong and be a part of something.

The new characters that get added to the story are Eddie and Adrian. Sydney gets to know these guys pretty well and they quickly become close friends. If you thought that everything that has happened to Sydney until now made her life complicated, she soon witnesses it becoming even worse after she finds out that after a series of magical experiments.

It turns out that she might actually hold the key to becoming something called a Strigoi. A Strigoi is another race of vampire that has proven to be the strongest and most powerful, one that never dies.

What you hear about the Strigoi in our book series review of Bloodlines might sound awesome, but Sydney is actually afraid of exactly the same thing. She doesn’t want to become too powerful and filled with immense magical power as those things actually scare her more than anything. The story gets even more exciting to read as the author finally includes a little bit of romance in the plot.

Sydney gets involved with a very handsome guy named Braydon. Although, a new twist is very soon to follow as even though this Braydon guy sounds perfect in every way, Sydney actually has her eyes on someone else, someone that is forbidden for her. Her romance will have to wait though as a shocking secret threatens the vampire world and her loyalties will finally be tested.

All of this so far covers the happenings in the first and second books of the Bloodline series. In the third book, called The Indigo Spell, Sydney’s struggles continue yet again as she is still having trouble deciding whether to follow her teachings that the Alchemists provided or just drop everything and follow what her heart is desperately trying to say. Something happens later that will make her decide more easily.

She meets a rouge Alchemist who broke free from the order some time ago and is now on the run. His name is Marcus Finch and he is the second most important character in this third book of the series. Keep reading this book series review of Bloodlines if you want to find out more about him and what news he brings to Sydney Sage.

Marcus claims that he can tell Sydney secrets that the Alchemists have been trying to hide from her. Sydney wants those secrets desperately and she soon finds that breaking free will prove more difficult than she had thought.

Another, more dangerous and exciting journey is about to start for the protagonist of the Bloodlines series. Sydney soon discovers that although she is afraid of becoming powerful and to be able to wield magic freely, she realizes that she must embrace this side of her after she finds out that a great evil that is hunting young witches is coming her way. If she does not embrace her powers, she might be the next victim of this evil.

Some of the Best

There are a few more books left from this series, you can go beyond this Bloodlines book series review and check out the excitement first-hand for yourself as you start reading the books from the first one. This series and the books inside are considered to be some of the best vampire book series you can possibly read. 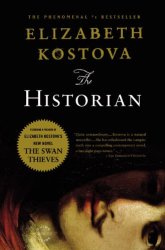