Dangerous Visions is probably the best anthology you could ever find that holds science fiction stories from the most brilliant science fiction authors of their time. It features 33 amazing short stories that change the way readers see the science fiction genre.

Written by authors like Isaac Asimov, Robert Silverberg, Philip Jose Farmer, Robert Bloch, Philip K. Dick, Larry Niven, Fritz Leiber, Poul Anderson, Damon Knight, J.G. Ballard, John Brunner, Frederik Pohl, Roger Zelazny, and Samuel Delany. Most of the stories that you get to see inside are winners of various and multiple awards such as the Hugo, Nebula, and Locus Award.

The collection itself was edited by Harlan Ellison and illustrated by Leo and Diane Dillon. You will get to see a few of the 33 fascinating science fiction stories that are in this short story collection in our book review of Dangerous Visions. No wonder that we include this amazing book in our selection of the 5 best Harlan Ellison books.

A story called Gonna Roll the Bones by author Fritz Leiber is among these award-winning science fiction stories that talks about a character named Joe Slattermill. Joe is a poor man who works as a miner and you can surely describe him as an unhappy man.

If his money problems are not enough, he has his mother living with him who is constantly nagging Joe and doesn’t stop with the voices of disapproval of his lifestyle that are constantly heard in his home. His wife is also with him who works from home as a baker to help a bit with their income.

The story is definitely a tragic one at first as you find out about Joe’s daily routine. He often likes to visit the gambling parlors where he loses a big portion of his money, after that, he goes home, beats his wife, and is definitely no stranger to spending the night in jail. The story gets to the juicy part as Joe finds out about a new club that has opened called the Boneyard and decides to see what it offers.

Another pretty interesting story that you find in this collection by the famous authors we introduce you to in this Dangerous Visions book review is a short story called Aye, and Gomorrah… and this story is an exciting one as it is packed with some fun characters and the story involves a lot of sex talk. It is still a science fiction story that proves to involve a bit of action as well as adventure.

The main plot involves astronauts who are neutered before going into puberty so that the space radiation when the go in space doesn’t affect the gametes, important haploid cells that have a part to play in fertilization.

The story gets super interesting when you find about the spacers who are fetishized by a subculture of “frelks”. Everything will make a lot more sense as you read the story for yourself, it is well worth the read and after all, it did win the Nebula Award in 1967 for best short story. 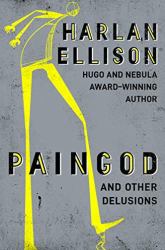 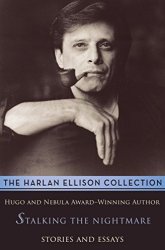 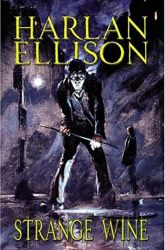 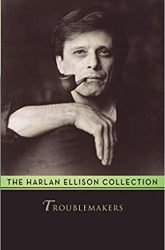 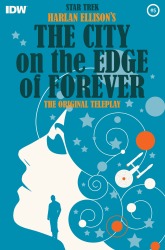