Behold, a book that tells such a scary and disturbing horror story, and the author, L.A. Morse, has spared no detail that, without it, the story would become dull and boring to read.

Edgar Award-Winning author Larry Alan Morse writes this fantasy horror story that has been inspired by real-life events. We can mention some of his books such as Sleaze, The Big Enchilada or The Old Dick.

If you are not a fan of horror and have not read a lot of horror stories, then this one might not be for you as it presents a story that is disturbing to readers who do not enjoy horror tales.

But, on the other hand, if you prefer horror stories, then you are in for a real treat as you will see from our book review of The Flesh Eaters. We covered this book in our selection of the best L. A. Morse book as well. Do not hesitate to check it out!

In the novel, you read about the life of what seem to be normal people at first, living in the 15th century in Edinburgh. This time of history in the novel is not a very pleasant one to live in as the resources and conditions for life that these people had were really unsatisfying.

Houses made of mud and twigs, fifth all-around, and disturbing people at every corner. The story revolves around a character named Sawney Bean who Morse describes as a partially mute fellow, quiet, something like a nobody who hasn’t actually done much in life. Little did this Sawney boy know that his boring and dull life was about to change.

The events that lead to a horrifying result start as Bean meets a girl named Meg. Meg had a pretty abusive father who wasn’t treating his daughter very nicely. As you read on, you get to a page where everything changes.

A turning point in their lives is revealed in The Flesh Eaters book review, which is on a night that Meg’s father was just about to rape his own daughter until Meg’s newly found friend comes to the rescue.

After a while of struggling, the two manage to overpower Meg’s father and he meets his death. Now begins the story where you meet the flesh-eaters, as they develop a taste for flesh from Meg’s father, they taste his blood and find it very addictive.

In the story of this novel, finally comes the horrible reality in which these people live in as you witness what lives in the ditches near Edinburgh. Terrifying beings that were once men who have a strong taste for flesh, hunting man, killing, devouring.

The people of Edinburgh have no choice but to be hunted, they can’t defend against these blood-thirsty creatures. Find out for yourself how this horrifying story by Larry Alan Morse ends and will it be a true ending to a horror story that every fan secretly wishes to be. For more amazing stories written by this brilliant author, take a look at our An Old-Fashioned Mystery book.

Hopefully, this book review of The Flesh Eaters has cleared up what the story is about and what to expect from the general plot. One thing is for sure and that is that this story is definitely a must-read for true horror story fans. 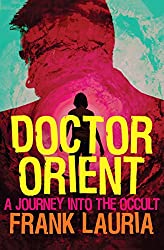 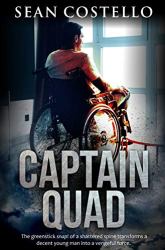 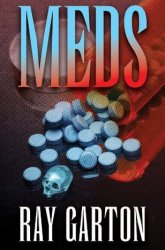 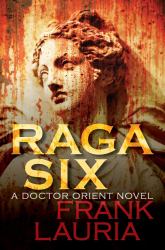