The author of this book is the legendary Brian Aldiss who lived in the period between 1925 to 2017. He is famous for his career in writing outstanding science fiction novels as well as some short stories.

Brian was considered to be among the best authors of science fiction novels for his time as he is the proud winner of two Hugo Awards, one Nebula Award, and one John W. Cambell Memorial Award. Among his many achievements, Aldiss was also named Grand Master by the Science Fiction Writers of America in the year 2000 and was inducted by the science fiction hall of fame.

These should be reasons enough to have a look at some of his amazing books and at our book review of Galaxies Like Grains of Sand by  Brian Aldiss. This book got on our list of the best Brian W. Aldiss books that you definitely have to check out!

The concept of this book by Brian which is actually a collection of a few short stories that span for a period of millions of years is brilliant as Aldiss talks about interesting times and describes them in separate sections as different millennia.

All of these different millennia present very different environments in which man has adapted and learned to survive by any means necessary. As we start to list some of the stories in our Galaxies Like Grains of Sand book review you see The War Millennia where humans are fighting a horrible and scary war for which the main reason is race.

The magnitude of this war is so great that much of the population has gone insane or has escaped reality through something called a “dreamery.” Then there is The Sterile Millennia where we see a transformed Earth and a period thousands of years after The War Millennia that nearly destroyed everything and everyone.

No one is the same after that and you get to see what has happened to everyone in this part of the story. After that is The Robot Millennia.

Here, after Smithalao’s age, few people remain alive and build big farms that are manned by robots. After all the people mysteriously disappear from the farms, the robots are left to fend for themselves.

The excitement starts here as they fight for power and control. The Dark Millennia where Earth once was connected with other alien worlds is now completely isolated from other worlds. Everything is a mess, a spaceship hasn’t been flown for a long time, and you get to see what the mystery is for yourself.

The Star Millennia is the story after Earth’s reconnection to the other worlds and is together again with the Galactic Empire of Humans who have spread out throughout the galaxy. These are all the stories we can cover in our book review, but there are a few more in the original book that move on from where we left off.

Brian has definitely figured out a great way how to connect different stories chronologically which makes the reading all the more interesting. This is definitely a must-read for true science fiction fans. 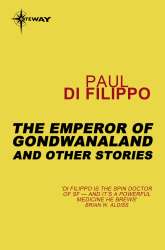 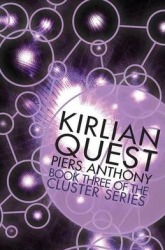 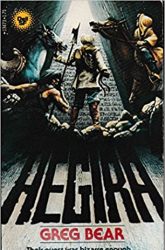