Margaret Colleen Fennel, familiar in the writing world as Colleen Hoover, is a brilliant American writer. Hoover was born in Sulphur Springs, Texas, USA, on the 11th of December, 1979.

The works that Hoover writes mostly belong to either the Young Adult or New Adult genres, though the line is thin between the two. In total, Colleen has published eleven novels and five novellas, of which the majority has gone on to become New York Times bestsellers.

The parents of Colleen Hoover are Eddie Fennel and VannoyFite. As we noted, Hoover was born in Sulphur Springs, but she actually grew up in Saltillo, Texas. In the year 2000, aged twenty-one, Colleen married Heath Hoover, with whom she has raised three children.

Only two years prior to her marriage, Colleen had from Saltillo High School graduated. Colleen attended the Texas A&M Commerce, where she earned her degree in Social Work. Upon attaining her degree, Colleen dabbled in jobs of teaching and social work, though she wasn’t satisfied with this line of work for long.

Colleen wrote her first novel for her own amusement and for her loved ones to read. Everyone that she gave the novel to read saw it as a superb work and supported her in the idea to publish it. Slammed, the debut novel of Hoover, was a smash-hit and it garnered her a passionate fan base. Since then Hoover has not stopped at all with her terrific writing, publishing works each year. Let’s now take a look at our book review.

This book is perhaps the most well-known and adored novel to have been published by the talented Colleen Hoover. Its tale is a powerful and moving one, as any reader can attest. Hopeless book is a part of a series of Hoover’s, which bears the same name.

The series features one more installment, though there are tie-in novels, as well. Hopeless, the novel at hand, was published in the year of 2012. You can also find it in our selection of the best angst romance books.

For many of us, the time of being in high school went by a long time ago. Some of our memories are of an endearing quality, something that we can look back on and cherish, while some others aren’t as pleasant.

All in all, we can see why so many of us feel nostalgic about this short four-year period of our lives. Well, the book takes us back to that fresh time. With the undoubtedly smooth prose and pleasant storytelling of Colleen Hoover, we take a trip down memory lane, not ours, though surely redolent of one’s own high school days.

Life With an Eccentric Mother

The main character is Sky. Sky has not been what one would freely call a run of the mill teenager. Sky was homeschooled for a big portion of her life, lived without electronic appliances, meaning without a phone or even the Internet. The only connection to the world of normal teenage life is Six, Sky’s best friend.

Six, on a side note, wants to study a semester abroad somewhere. So far as Sky is concerned, she’s had trouble convincing her vegan mother to let her finish out her high school education at a public school, but she’s succeeded. Speaking of school, we covered this book in our review of the best high school romance books. Make sure to check it out!

Not Much for Relationships

While Sky has not been completely devoid of teenage life, seeing as she goes out with Six and they go out with boys, together. She isn’t much for relationships; she likes to go out with different guys because she’s still young and young people are wont to go in their life in that way. Sky only wants to see how it is to be a normal teenager, at least for a bit, and she wants to go to school for her senior year.

What she learns soon after is that teenagers can be cruel and disregarding of one’s feelings; rumors abound. Because of the way she has with the guys, some of the girls at school label her as a whorish person. Sky doesn’t much care for what they have to say, though. She sees it as an insipid attempt at domination.

Another Fling or Something Far Larger?

On the other side of things, one can learn in high school, Sky comes by Dean Holder. Himself, Dean, was suspended last year and hasn’t been seen at school since then. When Sky’s eyes come by his, it’s a powerful attraction, even a magnetism that she feels. She notices all the things on his face that cause this attraction, but she can’t escape the allure.

She’s never felt like that for a boy and it startles her for a bit. It doesn’t take long for the reader to see how troubled both of them are, though. Dean has issues with his anger control, while Sky usually only goes out with guys because she feels numb all the time.

Together, though, they make it work. Initially, there was a bit of push and pull in their relationship, but they passed it all with flying colors. They aren’t cured upon coming together, though. The process is a slow and lengthy one, but for the time being they are good for one another and they love each other.

After all, what can one ask for more than that? Our book review of Hopeless hopefully – wink, wink, nudge, nudge – shows that that part of life is just what these two needed, and probably what we all need.

Losing Hope is the sequel to Hopeless book and it is a read we cannot recommend enough. We also really enjoyed Colleen’s It Ends With Us and Maybe Someday. If you are looking for something on a different note, take a look at our Verity book review. 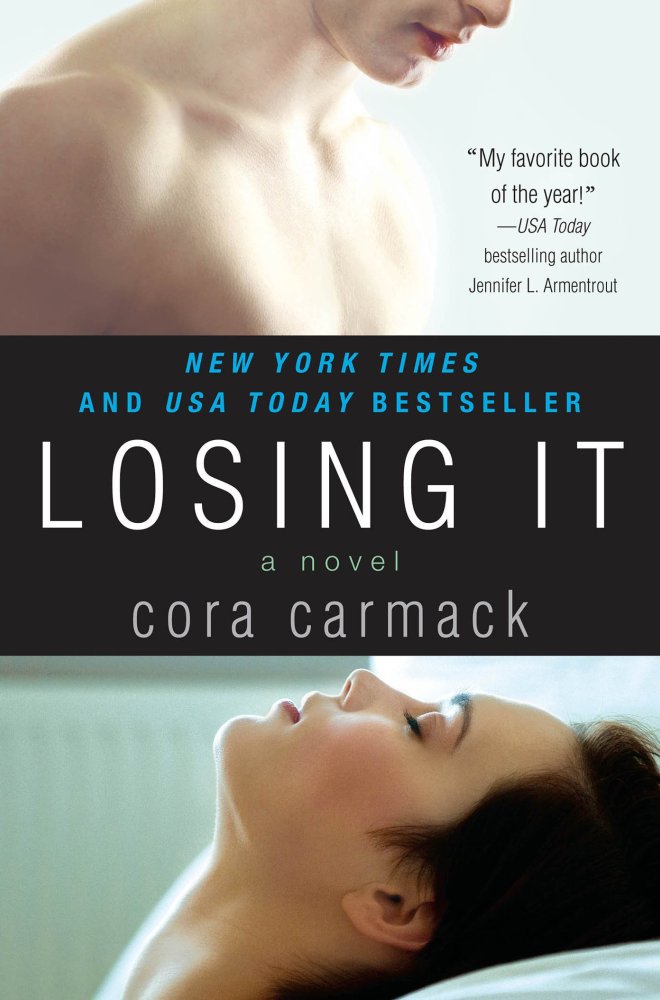