Damien Broderick, together with Rory Barnes’ help have managed to write this masterpiece of science fiction that involves the craziest of stories that takes the characters inside on an epic science fiction adventure and some science terms that we haven’t even heard of before.

Damien is, in fact, an author who has introduced a few topics to the science fiction writing world such as virtual reality, time travel, and the term singularity. His work is one of the first that involves stories about these things and has definitely proven to intrigue many readers.

The Hunger of Time Book

Now, with Rory’s help, they write another amazing story that will prove mind-blowing. Have a look for yourself at what this novel talks about from our book review of The Hunger of Time.

It is a story about wondrous technology, one that is evolving and improving at an alarming rate, bringing new and powerful things to life. Thanks to this rapid evolution of technology, people might witness very advanced creations as soon as in the 21 century itself.

Such as the possible appearance of a Singularity, the creating and adaptation of artificial intelligence, the most beneficial kind of tech, called nanotechnology that is capable of building anything imaginable that starts from the atomic scale, and more astonishing wonders.

Some of the things that we won’t spoil for you in our The Hunger of Time book review are questions like what happens after the reveal of these technologies, what will become of the people, will they destroy themselves with this or become even more powerful?

At last, some interesting characters are introduced to the plot, one of which is Natalie, a 22-year-old girl who has a gorgeous sister, called Suzanna. For these two sisters, all of these questions are starting to get answered one by one as the technology we mentioned before continues to improve rapidly.

We get to know Natalie more as we find out that she has just been dumped by her boyfriend which is where she was living and is now forced to come back home to her parents which is when we get to meet them as well.

Her father, Hugh, can be easily described as a mad scientist as he spends all of his time building some kind of contraption in his garage. As we are approaching the end of this book review of The Hunger of Time, you get to find out about the biggest twist in this book as their father, Hugh, brings his family to show them what he was building and they all get hurled into the future thanks to his invention, a time machine.

You are definitely in for an amazing ending that turns out to be a great and exciting one for this particular novel. Damien and Rory have done an outstanding job of writing about the science behind the things that are happening inside this book which is one of the most interesting things about it. 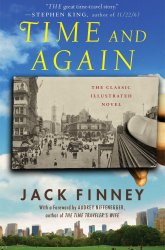 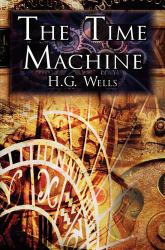 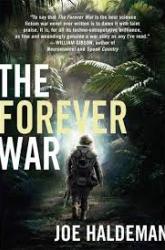