I Am Legend And Other Stories is a collection by the author Richard Matheson of some of his most interesting books about vampires and the fantasy worlds that they live in. Among the most exciting and successful novels in this collection is I Am Legend.

The book became a huge success and it was even adapted in a bunch of movies like The Last Man on Earth, The Omega Man, I Am Legend, and was an inspiration for the plot in Night of the Living Dead. We included this book in our review of the best vampire books. If you are interested in this topic, you must check it out!

I Am Legend And Other Stories Book

This book review of I Am Legend and Other Stories will cover some of the other stories and their plots, but first the most important one of the collection, I Am Legend. The story talks about a world in which a character known as Robert Neville is the last remaining human alive after a pandemic managed to wipe out a huge portion of the population and those who survived were turned into creatures of the night or vampires.

Robert spends his days hunting vampires during the day which is when they hide in the shadows and rest and during the night, he barricades himself in his home and just desperately waits for dawn. He uses traditional vampire-killing methods like wooden stakes, garlic, mirrors, and so on. So much time passes as he tries to survive while he researches ways of finding a cure for this super devastating situation.

As you read the story, you see all of the horrible things that Robert has gone through with flashbacks that describe his past. He had to burn his own daughter and bury his own wife who he then killed too after she rose from the dead. Having no other choice, this was still a very painful experience for him.

A lot of science comes your way in this fascinating story as Robert reads countless books and does so many experiments to see what cure could possibly exist to reverse this process and turn everyone back to humans. He develops new theories and we definitely do not want to spoil the story further for you in this I Am Legend and Other Stories book review, it’s up to you to find out how this one ends.

Another interesting story that this collection contains is Mad House. It’s a fairly unrealistic story but still fun to read as it is a short and easy to understand one as well. The story talks about Chris, a man who is filled with anger and rage because he is in the middle of a failing marriage and a job that he despises.

He works as an English teacher and he hates his students even more than he hates his life. He constantly lashes out at his wife and his students, his anger and range later lead to the main twist of the story. He has such a huge amount of anger that it eventually causes all of the furniture inside his house and the house itself to become alive.

Chris’ wife is a fairly decent woman, a good woman whose aura still keeps the house in balance, but when she finally leaves him for good, the house immediately attacks and kills Chris. A fun story to read about that will bring out your imagination for sure.

The Funeral is one more story from the collection that involves vampires and a set of other supernatural creatures. The main character in the short story is a man who visits a greedy funeral director who tells him a pretty strange wish that he has on his mind. The man who visits the funeral director wishes to hold a funeral for himself. This strange man is afraid of mirrors and can transform into a bat at will, you know what creature has those characteristics, a vampire.

A few other characters who add to the excitement and humor of this fantasy fiction short story are a hunchback, a witch, a group of pointy-tooth men, and a man who has a very hairy body and palms instead of hands, this is what appears to be a werewolf. The story is definitely not a very serious one as there is a fair amount of humor here and there. For a short story, it is definitely exciting to read as it doesn’t take up too much time.

Dance of the Dead

The last story that this book review of I Am Legend and Other Stories tells you about is one called Dance of the Dead. The events take place in the year 2008 right after the development of a biological weapon called Blizz. This weapon is developed by terrorists and they use it to affect the weather and when it rains, every living thing that this rain coming from the weapon touches, it instantly burns it to the ground.

The horrors and devastation that come from this are unimaginable and you read about the particular experience that a character named young Peggy had on her birthday. She watched all of her friends get melted away by this horrible thing while she and her mother managed to take cover inside the house refusing to open the door to anyone else. That’s why we had to include the book in our selection of the best science fiction horror books.

The story then skips ten years ahead when Peggy turns 17 and witnesses the destruction coming from World War III. The story that follows later is pretty fun to read actually as there are rarely any dull moments, a lot of drugs are involved as the story progresses, murder, danger, and all sorts of things like that. It is definitely a nice addition to the stories inside the collection.

There are a total of 11 short stories inside this collection including the most successful and most interesting of all, I Am Legend itself. You might like some more than others from the book, but I Am Legend will definitely be something different than the rest, and it’s super unique as hell. 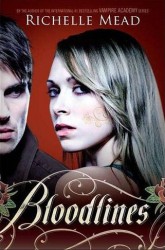 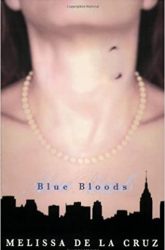