This is a science fiction story that involves an adventure that starts out because of a time-traveling event and immediately becomes a romantic story after that.

The characters that you get to meet in this romantic science fiction story are not from the same time as each other and you can find out all about their journey in this book review of A Knight in Shining Armor.

The book is written by a bestselling author called Jude Deveraux so you know that the story inside will probably be very appealing and interesting to many.

A Knight in Shining Armor Book

The story starts with the introduction of the first main character in the book, a modern-day typical girl who finds herself crying next to a tombstone for whatever reason you will see in the book itself. One thing we can mention here in this A Knight in Shining Armor book review is that whatever she was wishing while she was crying, it magically came true.

After a few pages of the book, you meet the second most important character of the novel, a man traveling in time from the distant sixteenth century. His name was Nicholas Stafford, a tall and muscular man who, according to his tombstone, died in 1564. No wonder that we included this book in our selection of the best time travel romance books.

The girl that we mentioned above in the A Knight in Shining Armor book review is called Dougless and she is just stunned when this man appears before her looking magnificent in his golden armor and with his broad and fancy shoulders. It doesn’t take too much time before these two magically fall in love with each other after which the story turns into the perfect romance novel that describes the wonderful life that these two have waiting for them.

As you read the book, it gets pretty clear how madly in love these two are as Dougless couldn’t be described as happier because she knows that this man loves her for who she is and doesn’t want to change one small thing about her. Their story turns very exciting as a fun and thrilling adventure waits for them that this time-traveling man brings with him.

At first, Nicholas and Dougless don’t know why this bond that they have is so strong and it is something that they haven’t even thought possible before. However as the book progresses, you get to read about some historical roots that they uncover which actually explain about their lives and their connection to each other that goes as far back as to the time when Nicholas lived.

If you like romantic novels, this one will definitely be worth the read as it presents a different kind of love story that is more unique and more thrilling thanks to the science fiction action inside. This story is about 460 pages long and in those pages, there are tiny details that prove very important for the later story of the book. Those tiny details also help you get to know the characters better, especially Dougless as she proves to be the more complex character in the book.

There are scenes and situations in there some of which are going to make you sad, others will make you smile and feel happy for the characters, and many more that will surely bring out all kinds of emotions from you. For anyone who enjoys romance novels and a little bit of science fiction and fantasy to spice up the story, this novel is something that you definitely wouldn’t want to miss out on. 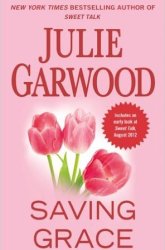