Before Ash Ock and The Paratwa, Liege-Killer is the first book that starts the trilogy called Paratwa Saga by Christopher Hinz. In fact, this trilogy is one of Hinz’s most famous works as it has brought him a big chunk of his fame as a brilliant science fiction author.

You will like Christopher even more if you happen to be a huge fan of both DC and Marvel Universes as he has been a part of writing stories for both of their comics. Hinz’s work often follows up with awards and various achievements as his stories never disappoint.

Our Liege-Killer book review will definitely be sure to let you know why that is. If you want to know more about the trilogy and his other books, take a look at our selection of the best Christopher Hinz books.

Liege-Killer is one of Hinz’s many novels that hold thrilling science fiction adventures and new problems that need solving. It has had the pleasure of winning him The Compton Crook Award in 1988. It is a story that is happening after the complete destruction of the planet Earth, rendering it uninhabitable and forcing humans to live in orbit around it.

The many colonies of humans in orbit are at peace with each other after the nuclear war that annihilated life on Earth. At least it seems like peace has been there for almost a century and they thought it would stay that way for a long time until a series of murders reveal that a horrible enemy has risen again to take revenge on the humans, called the Paratwa.

The Paratwa are a new kind of species that originated from humans but are the furthest thing from them. They are the result of mere experiments that were done on embryos not long ago and ended up becoming a species of fearsome warriors with a big advantage over the humans.

That advantage is their ability to be linked, thinking as one organism, making every decision they make easier, without any doubt. They control telepathically linked bodies that allow them to work as a single consciousness and be able to move swiftly.

On top of these amazing abilities, they also couldn’t be told apart from normal humans as they have a very high resemblance to them and they come in pairs, sort of like identical twins. The only way to figure out which Paratwa pair is a match is to cause intense pain to one and see which one is suffering through the same as the linked pairs feel each other’s pain.

From our Liege-Killer book review, you find out the story of the battles between humans and Paratwa, a race that humans thought was extinct for almost a century. The story gets super exciting and continues in the sequels Ash Ock and The Paratwa.

This trilogy might just be the best thing to introduce you as a new reader of Christopher’s writing as it resembles his writing style and the wonderful adventures that await in his other science fiction novels and comics. 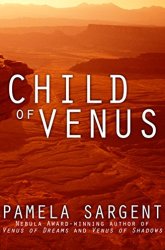 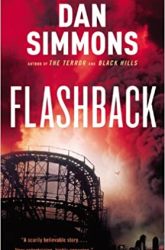 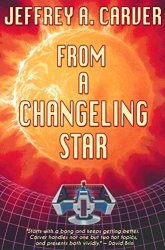 From a Changeling Star Book Review (2021) 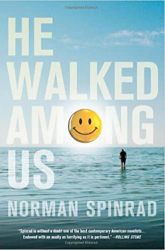