Midnight Breed is one of those book series that is perfect for the fans who want long and very addicting stories. The plot in the series talks about a world that is populated with humans and vampires.

There is another breed of inhabitants in this world, they are part human and part otherworldly and they have a duty to protect those in need from evil and destruction. The series is written by a brilliant author called Lara Adrian and she creates a series that proves memorable and interesting to read for fans of this sort of fiction genre.

As you start reading the series, you begin to understand what kind of fictional world Lara has created as you find out about the Rogue vampires, they have become very hostile and are spreading destruction and suffering wherever they go. The Order, the guardians and protectors that we mentioned above in this Midnight Breed book series review are tasked with destroying these creatures before it is too late.

In between happen so many things filled with drama and thrill, you meet so many characters in the 29 books that you are about to read who are going to leave you wanting more of the story as if 29 books weren’t already enough.

A Touch of Midnight

The first book, A Touch of Midnight, began the whole series when it was first published in 2013. In this novel, you read about a character named Savannah Dupree. You get to find out that she is far from her home back in Louisiana bayou hometown as she is currently studying at Boston University on a full scholarship.

She is quite an exceptional thinker but there is something more to her that makes this whole story a lot more interesting. She has quite the rare and fascinating ability which allows her to see any moment in the past of an object she touches.

She can see where it has been, what it has seen, what it has heard, and so on. This rare ability makes Savannah a very wanted person and puts her in a lot of danger as you will find out why in this book series review of Midnight Breed.

Her life gets way more complicated when her studies lead her to a strange sword that looks very old. When she touches the sword, she sees a very disturbing history that involves a cruel murder of two twin boys by a horrible evil that was born from an even more horrible nightmare.

Another character comes into play here, a 300-year-old vampire who thought that he would never see the sword that took his brother’s lives again. The story gets super fun from there as you read about an exciting adventure filled with both danger and romance that will surely make you want to read the rest of the books on the same day. No wonder that we included this amazing book on our list of the best vampire romance books for adults.

In Kiss of a Midnight, the story focuses on a few different characters as it is with many of the stories. Gabrielle Maxwell is one of the main characters in this novel and along with Lucan Thorne, they make this story as interesting as the previous.

Gabrielle is just a normal human at first, but when Lucan shows himself after stalking her for a while, he reveals that he has no other choice but to take her to his own world where vampires are in the middle of a devastating war.

You find out a bit more about Lucan from this book series review of Midnight Breed as he is a character who doesn’t really like the violence that is carried out by his fellow brothers. He brings the unwitting human Gabrielle into his world because he has no other choice than to bind himself to her as it might prove crucial for his mission.

This binding process is very risky however, especially with a human so you definitely get to see a thrilling story inside this novel. There are plenty more books to go so you better be prepared for starting and finishing the whole series.

What More to Expect from the Series

Although we haven’t mentioned a lot of it in this Midnight Breed book series review, there is quite a lot of romance in this book series as well which something that has managed to attract a lot of young adult readers to the novels.

The story is both exciting thanks to the thrilling and dangerous adventures in every book and the amazing characters who form the most unusual and exciting relationships, filled with drama, passion, love, hatred, and much more, are definitely bringing a lot of value to the story.

You also don’t have to read the books in the exact order that they were published in as the stories are always separate. The characters are also separate and not repeated in other novels, but all of them live in the same world and face similar dangers as the rest.

That’s something that makes this book series super fun to read as you get to read about the same world, the same general story, but about different characters who all live in this world and are in the middle of the same dangers and threats that seem to never stop appearing.

If you like vampires, romance, awesome adventures filled with action and breathtaking battles, a whole lot of drama, then there is no way that the novels in this book series will be boring to you as the author has managed to write something that is attractive to many.

Hopefully, we didn’t give out any major spoilers in this Midnight Breed book series review because you definitely want to keep the excitement of finding out about every major event for yourself. It’s definitely going to be worth all of the waiting and suspense. 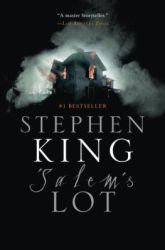 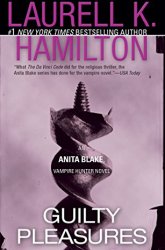 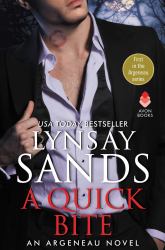 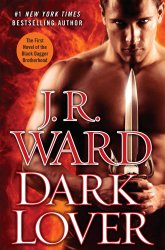