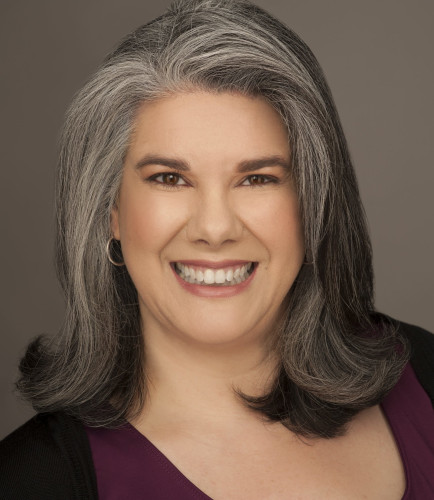 Not much is known about the intimate life of author Klasky. Not even the writer’s date of birth, place of birth, and the like is known. Nonetheless, one only needs to read the writing of Klasky to see who she truly is, as a person and as an author.

It has been said that Mindy first started learning to read when her parents gave her a book – the book’s name isn’t public, either – and professed to her that one can travel anywhere in the whole wide world by way of the stories bound by the book’s covers. Knowing how things have progressed since, we can deduce that Mindy took this piece of advice to heart.

Mindy’s signature travels took the writer to many places. In fact, she was once a copyright lawyer and worked as a law librarian. Seeing, however, that this won’t enable her to write at her preferred pace, Mindy gave it all up and started writing full steam, full-time. The stories she tells belong to a range of genres.

Some are urban fantasies, some are romantic, and others are traditional fantasy. Other than writing, Mindy is also fond of knitting, quilting, and, of course, reading. Now to get to the crux of why we’re here today: we’re going to be choosing what Mindy Klasky’s best books are. Let us begin.

Magical Washington series is the first entry in our best Klasky book reviews. It is her most extensive, longest-running series, to date. The Magical Washington’s reading order is the following:

Bit of a Mess

To be forthright and quite frank, the Magical Washington series isn’t a consistent series in the way that most are: the books we’ve enumerated make up multiple series, in and of themselves. It is, however, the case that if one would like to get a proper sense of the Magical Washington universe – to which all the sub-series belong –, our order is the best for that purpose.

Each story of Klasky’s book series is written with the full zest that she is loved for. We cannot recommend them enough, and as such, we think that they are some of the best Mindy Klasky books.

To get a little bit more specific with best Klasky novels, we’ll now take a careful look at one of the series that comprises the larger Magical Washington universe, – the Jane Madison series, also referred to as Washington Witches. The book is comprised of:

The main character, Jane Madison, is a witch – not the old-hag sort, but more in tune with the lively witches of modern times. Jane accepted an offer to move into a Cottage on the premise of a library where she works. She wasn’t aware that this would change her life thenceforth.

She’s just found a spell to make all of the men that once ignored or rejected her, fall deeply in love with her. Another such spell is for turning a cat into a rather self-centered man. Her carelessness might cost her the magical life she’s woven for herself, but Jane won’t go down without a fight: she much like it. This book is definitely amongst the top Mindy Klasky books.

We’ve come to a point where we can all agree that Mindy is extremely fond of writing series. This time, we have one of her oldest series, – ever-loved Glasswright book series. The books in this particular series go as follows:

The first book, The Glasswrights’ Apprentice, has us meet the main character Rani Trader. Rani is only a thirteen-year-old girl living in the medieval era of her own world – it is completely different from our own Earth. In this world, the family of Rani has gathered, barely, enough money to see her go to a bit higher a caste than the one she’s already in.

Tragically for all parties, Rani is the only witness to the assassination of a certain prince. She attempts to warn him, but she fails. Now, not only does the guild she so recently joined turn on her, but her whole life takes a turn for the worst. Rani learns how difficult it is to live in a world where trust is so fragile.

From these toils, Rani becomes a much more layered character, grows as an individual in the context of her world, but also in the context of the book. Future installments see Rani climb the ranks of the guild as no obstacle that presents itself to her is too high a mountain to climb. For more info check out our review of the third books called The Glasswrights’ Test.

It’s easy to forget about these particular books by Mindy since she wrote them rather early into her career, but they truly are worthy of being on our list of the best-rated Mindy Klasky best books. We also covered the final book of the series. For more info, take a look at our The Glasswrights’ Test.

Diamond Bride is probably the second most well-known series on our list that contains some of the best-selling Klasky books. It falls into the genre of ‘chick-lit’, admittedly, but this is what makes the series so likable for genre lovers. It is a longer series, though not Kasky’s longest. The books in the series, in the order of publication, go as follows:

The books don’t have a recurring cast, but they all fall into the general theme that Kasky was chasing – and attained with a fiery zest. The first book, Perfect Pitch, is a rather quick, fast-paced, but enticing read.

The love story between D. J. Thomas and Samantha is a very entertaining one. They, together, are funny, sweet, steamy, and, at times, heartrending. D. J. works as a pitcher in the major leagues, but he’s largely in the sizeable shadow of his Hall of Fame pitcher dad.

Samantha is the currently reigning Miss Sumer Fair Queen who becomes smitten with Thomas. However, there is a certain contract made with the pageant she attends that forbids her from being as open as she’d prefer. She tries to keep it under wraps, but their attraction is a markedly ferocious one.

All of the books maintain the overarching theme of fatal attraction, but they achieve their resolution in wholly unique ways. All are very much recommended. Deservedly one of the best books by Mindy Klasky.

By far the shortest series on our list of Klasky’s books, the Fright Court, is another series that belongs to the Magical Washington universe. It features three primary works, though there are two separate – non-canonical – works that see crossovers of characters from the vast universe of Magical Washington. Below, you can find these three Mindy Klasky’s books in order:

In the first novel called Fright Court, which is the best Klasky novel for many, the main character Sarah has just recently landed a brand-new job. The job, at hand, is as a clerk for the night court. What Sarah wasn’t told is that while the court proceedings are regular during the nighttime, the preternatural trials are also a common feature.

As luck would have it, Sarah gets involved with the politics of vampires. The boss of Sarah, James, sees that a certain reporter wants to do a story for the night court, and he agrees. This would be a fine opportunity to get those that are against the court’s nightwork to come around.

The other books are just as fun as this light-hearted paranormal book. Mindy makes her characters bedazzle the audience and just crave for more and more.

It was impossible to pick Klasky’s best book, that’s why haven’t made this list of Klasky’s books ranked. As You Wish series and Season of Sacrifice are another most popular Klasky books that are sure to have readers at the edge of their seats. 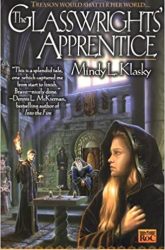 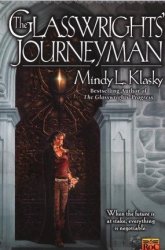 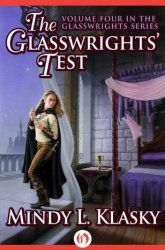 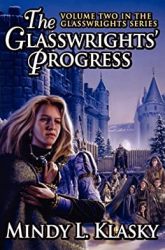 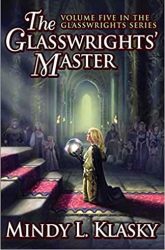