The Legend of Drizzt

Paths of Darkness is a Forgotten Realms book series and the books inside are a part of the larger series from the same Saga called The Legend of Drizzt.

There are four books in this series and you are about to find out what you can expect from those stories in our review. The series is written by author R. A. Salvatore and he, once again, talks about his signature and favorite character, Drizzt Do’Urden.

Freedom from the Abyss

This is the title of the first book in the series and in our Paths of Darkness book review. The Silent Blade talks about a few of the same characters who you get to read about in the entire Legend of Drizzt series. For more info, take a look at our selection of the best Drizzt Do’Urden books.

There is Wulfgar the barbarian and part of the story follows him as he is still trying to decide if his freedom from the Abyss is real or not. He was trapped in a dark place called the Abyss for six years and he is finally free. As you will see for yourself, Wulfgar is going to have a lot of trouble coming to terms with that fact and the road ahead will definitely be difficult, but free.

Then you get to read about Artemis Entreri again, the skilled and witty assassin who has just returned to his hometown of Calimport only to find out that many things have changed since his last visit. Particularly in his guild, and Artemis realizes that many more things are about to change as the result of the drow’s influence there.

The next character of Paths of Darkness book series who comes into play is Regis the halfling and he is in the possession of a very powerful ruby which, as he now realizes, has the ability of enchanting and possessing many beings.

This ruby once belonged to the might Pasha Pook but Regis decided to betray him and steal the ruby for himself. This ruby is about to become a very important topic in the following events of this book and you are going to find out why all for yourself.

Last but definitely not least, you get to read something about the main dark elf, Drizzt, himself. He is currently on the road, traveling with his friends to see Cadderly Bonaduce as they heard that this man was going to attempt to destroy Crenshinibon as he was the chosen one of Deneir.

Jarlaxle also comes into play when he manages to fool Drizzt and the rest of the group by impersonating Cadderly and stealing the Crystal Shard for himself.

The Spine of the World

The second book of R. A. Salvatore’s Paths of Darkness is The Spine of the World. The story inside talks about a few more thrilling events that follow directly after the events in the first book of the series, The Silent Blade.

The story in this book begins with a character who you all know if you have read any books with Drizzt, Wulfgar. Wulfgar starts off the events in this book as he and his friend Morik the Rogue are convicted of a murder that they say they definitely did not commit.

The victim in this murder case is an old companion of Wulfgar’s, Captain Deudermont. If you have ever read about Wulfgar in other Legend of Drizzt books, then you know that even though he is a barbarian, he is still a hero and a noble one at that. The friend who he was with is Morik, a close friend to Wulfgar who follows him around as a companion only. After a few series of events, they are evicted from the city and are forced to live in the wild as bandits.

Life on the Road

Wulfgar doesn’t exactly have a great start as his mighty Warhammer Aegis Fang is unfortunately stolen and sold to a notorious pirate. You are about to see Wulfgar’s life change quite a lot as the following events are definitely unpredictable and nothing like Wulfgar would have imagined them. Wulfgar accepts what has just happened to him and begins moving forward and begins his journey to find the better life that he deserves.

Both Wulfgar and Morik the Rogue somehow get involved in politics in a backwater town in which Wulfgar meats a peasant fiancée of the local lord and finds out that she bears an illegitimate child.

Wulfgar gets blamed once more in this case and is forced to escape once again. He manages to escape safely and actually adopts this innocent baby girl and takes her into his own care. We also included this book in our review of the top Drizzt Do’Urden books. Check it out!

Servant of the Shard

This is the third book in Paths of Darkness and in our review. The story inside follows the character known as the greatest assassin in all of Faerun, Artemis Entreri. You can learn more about this book in our The Sellswords trilogy review.

This is a story within the larger Forgotten Realms book series called Legend of Drizzt that focuses on telling you a lot more about Artemis and the struggles that he is currently in the middle of. The book starts off as you discover that Artemis Entreri has finally found his will to live again after a series of certain events that had something to do with Drizzt Do’Urden himself.

After going through all of those personal things, Artemis is now back in his hometown of Calimport again and he is allied with a very interesting character, the mercenary Jarlaxle. This alliance will make more sense as you read about it in the book itself as we don’t want to reveal any huge spoilers in our review.

Artemis has decided to make his name known once more to the world as the greatest assassin ever while trying to stay alive as the is being hunted by the same people that we just mentioned.

While all of this is happening, Jarlaxle is beginning to succumb to the powers of the Crystal Shard as it has the ability to mess with the mind and push someone to pursue their highest ambitions in life, no matter the cost.

The fourth and final one of the Paths of Darkness is Sea of Swords. This book will have the pleasure of revealing some secrets that you have been waiting to find out for so long and finally showing you how this part of the larger Legend of Drizzt series ends.

The story in this exciting book starts out with an interesting adventure, a quest that involves Drizzt and his friends as they are trying to track down and return Wulfgar’s might Warhammer Aegis Fang.

Along the way, the world in which they live is never short of danger and excitement as they happen to stumble upon Wulfgar’s new wife Delly Curtie, and find out that she is in danger. After rescuing her from being murdered in Waterdeep, they eventually get together with Wulfgar himself after their old crewmate Robillard of the Sea Sprite helps them in locating him.

After reuniting with Wulfgar, these characters track down a pirate known as Sheila Kree as she is the one who initially bought the weapon way back in a previous book of the series. They discover that this pirate has managed to make a lot of herself with the help of this deadly and powerful weapon and find her in a cave filled with ogres who she has managed to make succumb to her will.

A very surprising and unexpected character will appear in this cave and this character happens to be way back from Drizzt’s past. The character whom we speak of is the elf child that Drizzt saved back when he was a part of the drow surface raid, the one who was sitting beside their dead mother.

This child now hates Drizzt and blames him for killing her mother. After an unavoidable fight, Drizzt kills the girl unintentionally but he had no other choice and the story about the Warhammer continues. We won’t spoil the fun of how that part plays out but you can easily find out for yourself as you get to this part of the book and the series.

Hopefully, you enjoyed our review and the story is a bit clearer thanks to it. You now know what to expect from the events within the series and still have a lot of thrilling secrets to discover and find out how everything plays out in the middle of all of the excitement. 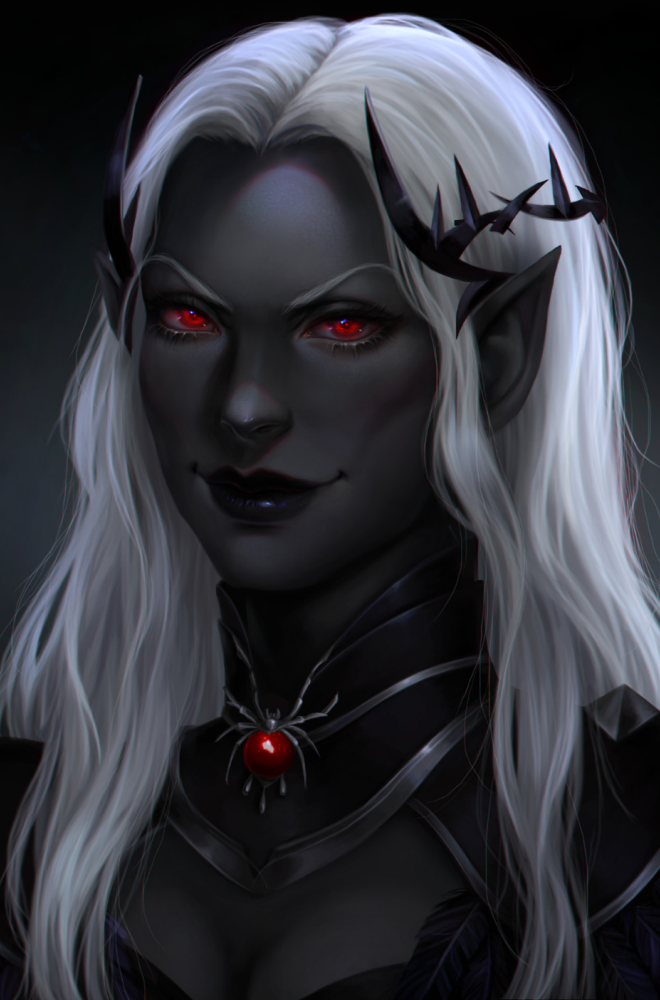 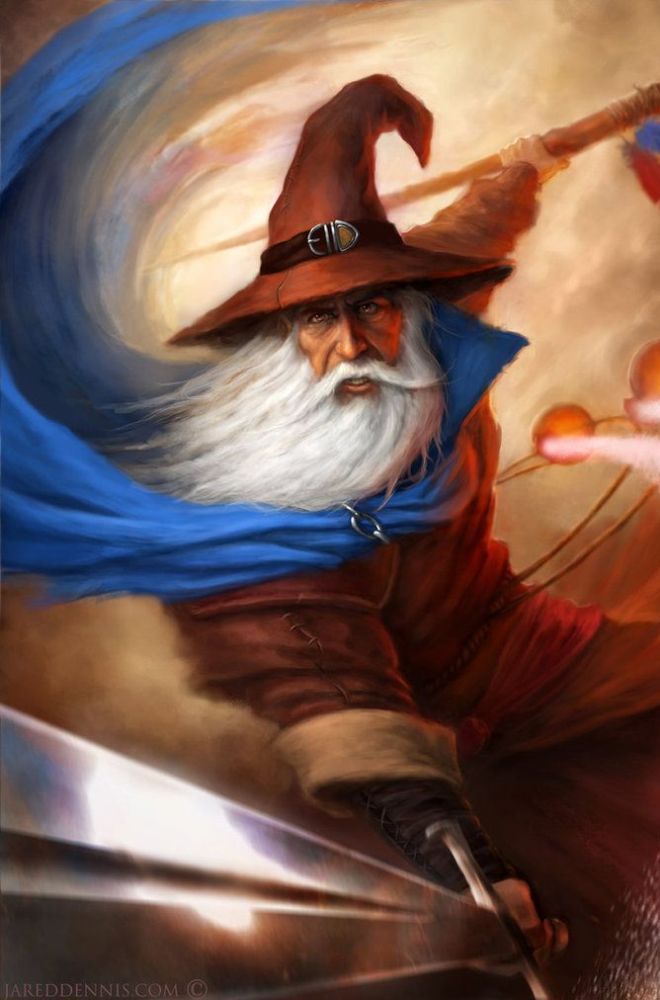