This book is part of a series called Evergence from the brilliant sci-fi author Sean Williams. He is back this time with another breathtaking story from his wild imagination that matches no other.

Sean is known for creating amazing and complex characters and astonishing worlds where anything is possible. The Prodigal Sun is nothing lesser than that as it lives up to the reputation of Sean’s writing which you will find out all about in this review of The Prodigal Sun. Williams also wrote stories, that follow this book. Check it out in our reviews of The Dying Light book and A Dark Imbalance book.

The whole Evergence book series is set in over 40.000 years in the future. We find out that the human race has evolved and mutated into many groups that differ quite a bit from each other. The Pristine Caste are the ones that look the most like the humans of today as their resemblance is as far as it goes.

The others are way different. A lot has changed in the human race in those 40.000 years as almost all of the history of Earth has been lost as humans have expanded almost throughout the whole Milky Way galaxy.

We then meet some of the first main characters in this book, Morgan Roche, he is an intelligence officer for the COE who has a not so important task of escorting a Box which is an AI, something that is quite common in that future, to the colony on Sciacca’s world.

We finally come across the troublemakers, The Dato Bloc, as they ambush the ship of Morgan Roche. The Dato Block fighters were after this Box and as Morgan escapes barely to the surface of the planet she is starting to become a very popular character with a very important task this time, unlike before.

Soon starts a very important quest that meets many dangers, adventures, and life-threatening decisions. The Box which we mentioned is an Artificial Intelligence being, starts asking questions of its own, making things more complicated. For the sake of not spoiling the whole story in our review of The Prodigal Sun book, we will let you find out how this amazing story ends, and how it continues in the next book from the series.

You are definitely in for some exciting adventures, dangerous battles, meeting some crazy characters, and much, much more. This review of The Prodigal Sun urges you to not miss out on Sean Williams’s amazing writing as he tends to create some unforgettable and engaging stories that are fascinating to many.

We hope our “The Prodigal Sun” book review has done its job in getting you interested as you won’t be disappointed by the exciting adventures that await in this book. 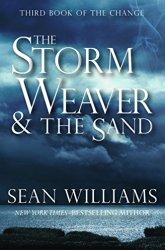 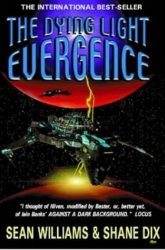 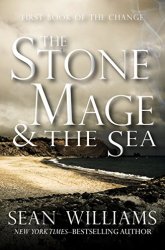 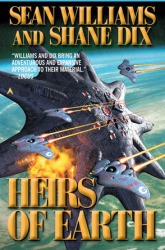