In a profoundly honest interview, Janet Mock proclaimed to Marie Claire readers that she was a trans- woman. In 2011 that was ground-breaking and exceptionally bold. Until then, transgender people had no voice, no profile, and seemingly no identity in modern society.

With so many obstacles in her way namely: youth, racism, and poverty, Mock added to that the fact that she was transgender. She is now an author, TV host, and “trailblazer” in her quest to inform the world about transgender women.

A Pioneer for Transgender People

It takes extreme courage to be a pioneer in any area that is outside of what society decrees as “normal”. Janet Mock is just such a courageous pioneer for transgender people and all who choose to be themselves without apologizing.

Redefining Realness book is aimed at sharing Mock’s insights into being part of a misunderstood and ostracized section of society. Her purpose was to inspire those who are on the same journey and those who need to show understanding and acceptance to others and themselves.

Book reviews of Redefining Realness state that it has a strong message presented beautifully. For those who struggle to understand what it is like to be different in every possible way from the American picture of perfection, it is illuminating and touching. It is also a reminder that society has a long way to go before the dreams of equality and justice for all are achieved.

The progress for transgender people is slow, as it is with all marginalized communities, but with honest and real books like this, we can see a glimmer of hope. It is more than just another feminist book. It is a road map by someone who has already made the journey and come out whole on the other side. So it is not a suprise, that we included this wonderful book in our selection of the best black feminist books!

Janet Mock’s autobiography is more than the story about changing her sex. It is about her as a complete human being. Just as she went through a transformation, the reader cannot help but be changed after reading Redefining Realness.

Janet Mock does not presume that every transgender person of color will have the same story as hers. What she wants to achieve from this autobiography is to attract the attention of as wide a spectrum of readers as possible and inspire them to see gender and women in a new way.

What makes her story even more touching is the honesty that is found in her sincere manner of writing. She reveals all, but not in a way that invokes pity. It is done to educate the reader and leads them to a greater understanding of her determination to become her real self. We read how she had to endure bullying and sexual molestation from those who should have cared for her. She tells how she had to earn money for her surgery by becoming a sex worker.

Janet Mock is a real woman now, but not because of surgery. She is, in many ways, more of a woman than those who are born female. All around us we see women who not taken seriously and who are treated as less than men simply based on gender. This is not a problem that is limited to transgender women, who have to battle against the misconception that they are not the real deal.

Mock was born in 1983 in Honolulu, Hawaii. Her parents were Hawaiian and Black. They were also very poor. As the firstborn son, she had the privileged and honored position that is common in many cultures of the world. However, what we are born in to is not always what we want or need and she decided, from an early age, that she would carve her own identity from the word go.

Her family had little to offer in support of this intelligent and determined young person, but she had a few things in her favor. In her teens, she had a friend who transgender and this gave her the emotional support that she needed at that typically difficult time in most people’s lives. Another positive was the Hawaiian cultural acceptance of people who are mahu.

Redefining Realness is a frank memoir of a search for her identity and the lengths she went to finally become the woman she knew she now is. People talk about being reborn, but this is like having to return to the womb and be born again in an unaccepting and ignorant world. Yet she persevered and endured whatever it took to achieve her goal of changing her gender.

With unreserved strength, Mock tells of how she continued her education, succeeded in her career, and eventually fell in love. The feelings of love and security gave her the courage to tell the world who she was, where she had come from, and what she had to endure to live a life that most of us take for granted. 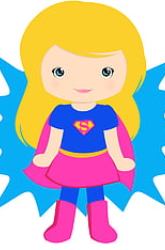