Hawaii based author Carol Severance introduces another one of her amazing science fiction books that always surprise with new and intriguing stories of other worlds that make you want to be a part of one of her exciting adventures.

From what you will read in this book review of Reefsong, hopefully, you will get the idea of her story and what happens throughout the book itself. Meet some fascinating  characters and watch their journey through danger and mystery as all begin to slowly unravel at the end and present the exciting conclusion of the book.

The story mainly revolves around one fascinating character that will decide the outcome of so many events, Angie Dinsman. Angie’s story, on the other hand, is that she is a UN peacekeeper and a highly skilled fire warden.

She works for a global giant called the World Life Company. All of the events in the book are based in a future version of Earth where space travel to other planets is as easy as it gets and the technology is capable of doing anything they can imagine.

So, as the book starts, Angie finds herself in a dangerous and life-threating situation, one that almost took her life as well. She was caught in a forest fire while on a rescue mission and after passing out later witnesses being in a lab, everything feels weird and different as she looks around and sees her body being in a very different shape.

That’s Not What I Signed Up For

As a result of the fire, Angie was severely damaged and the World Life Company had given her gills and replaced her damaged limbs with tentacles. This situation was unfortunate for Angie but very fortunate for World Life Company as they had modified her body for the perfect mission which you will find about in our Reefsong book review.

First, Angie feels very mad because they had experimented on her body, but as a result of her agreement since this company had owned 10 years of Angie’s life, she accepts the mission that will soon be revealed to her.

Her fish-like appearance is the perfect occasion for her to go to the planet Lesaat which is covered with water and inhabited by aquatic species and civilizations. Her goal was to recover top-secret information that was supposed to help end the huge problem of starvation among the Earth.

As you read along, you see an opportunity presenting itself to Angie, an opportunity that could help her destroy the reputation of World Life Company for good and save herself from their evil intentions. If you are interested in this story, you might want to take a look at another book written by Carol Severance. Check out our Demon Drums book review.

If this book review of Reefsong managed to clear up some things regarding of what the story in this exciting novel by Severance is, and you happen to like what you see, then there are high chances that after reading this book by Carol, you will definitely like her other novels that hold similar exciting adventures such as this one. 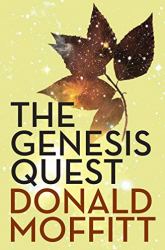 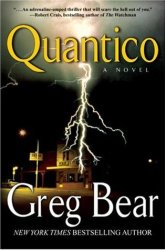 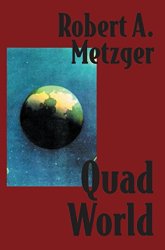