When reading reviews of the best feminist books I hear women lamenting about the fact that their mothers had not introduced them to A Room of One’s Own book by Virginia Woolf when they were young. So let’s take a look at our A Room Of One’s Own book review.

Armed with the views from this book, they believe that they may have had the confidence to make different life choices and even changed history. Some assume that this book is just a tirade of feminist hype, but they would be missing the point. You can also find this book in our selection of the best feminist books.

A Room Of One’s Own Book

After considering this question, she concluded that a woman must have money and a room of her own if she is going to write fiction. To make her point, Woolf creates a fictional character and puts her into a setting that makes her point. With her gentle style of writing, Woolf takes the reader with her as she strolls along the riverbank and contemplates this question. If you are interested in the author’s work, make sure to check out our selection of the best Virginia Woolf books of all time.

The character who narrates is Mary Beton. She is visiting a university called Oxbridge. When attempting to enter the library, Mary is informed, rather rudely, that she is not permitted to enter unless accompanied by a man. After that, she recognizes a church but barely bothers to attempt to enter, fearing the same response.

Mary contrasts the sumptuous lunch at the male college with that of the mediocre dinner at the women’s college. The men enjoy a considerable degree of luxury and privilege, while women do not. Men’s colleges were funded by royalty and other extremely wealthy men of the time, while women’s colleges struggled to get funding. Mary and her friend accuse their mothers of not acquiring personal wealth which they could have passed down to their daughters.

In those times women were merely possessions of their husbands and any money they inherited automatically became the husband’s property. Mary, the narrator, believes that being kept in a state of poverty and the burden of child-bearing were the reasons why women were not successful writers of fiction.

A search through books in the British Museum reveals to Mary that there is a multitude of books about women, but they had all been written by men. There were, however, very few books written by women about men. What she could not comprehend was why men wrote so angrily about women and what this attitude revealed about them. She concluded that they needed to make themselves feel superior by debasing women.

To illustrate her point, she creates a fictitious sister for Shakespeare. She wanted to demonstrate that, despite being as intelligent as him, Shakespeare’s sister was not afforded the education and opportunities that he had simply because she was a woman. Woolf claims that Shakespeare was able to achieve his ambitions and work in freedom because he was unrestricted by demands from his family. He had the three necessary advantages to become a writer: money, a place to write, and education.

Virginia Woolf was an unusually fortunate woman as she had inherited money from an aunt. So, she had independence and did not need to subjugate herself to a man to pursue a career in writing.

Why is This Considered One of the Best Feminist Books?

This book is one of the best books on feminism because Woolf was willing to venture into uncharted territory. With references to two women liking each other and men using women as muses for inspiration, she captured interest and criticism.

In A Room of One’s Own, Woolf endeavors to inspire women to be successful without the support of a man. Rather, they should strive to have equal opportunities to develop their unique strengths and skills. She believed that women’s writing should not direct any anger towards men. Alternatively, they should see people as multifaceted and not limited to gender. When women achieve the freedom of having their own money and a room of their own, they would become writers of the truth.

This thesis is considered one of the best feminist books, but that is far too simple a description. Reviews by men and women acknowledge that A Room of One’s Own was Virginia Woolf’s attempt to express what women need to attain happiness and fulfillment. It is a call to remember and value the fierce battles that other women had waged to achieve a glimmer of hope in a male-dominated society. 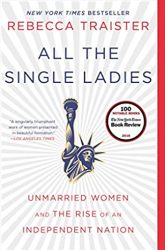 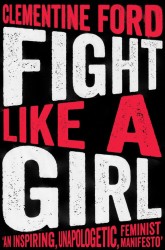 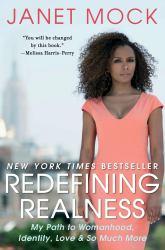 Redefining Realness Book Review (2021) – My Path To Womanhood, Identity, Love & So Much More 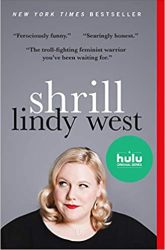