Jeffrey A. Carver’s Seas of Ernathe is a science fiction novel that has all of the important parts in it like adventure, action, romance, a lot of thrill, and the most unique and amazing characters who will guide you through the events that we are about to explain in this book review of Seas of Ernathe.

A lot of mystery, love, and hidden secrets can be found in this story which is why you need to pay attention to every detail within if you are to understand how everything becomes connected and about the magnificent ending of this novel which is actually a part of Jeffrey’s science fiction series called Star Rigger. For more amazing books written by Carver, take a look at our selection of the best Jeffrey A. Carver books.

The story starts as the author explains about a long lost way of travel for the “settlers” called starship rigging. Millenia have passed since anyone has used this mode of highly effective and fast transportation because a few important resources have been depleted until now that is.

Roaming Through the Galaxy

Now, the settlers have found a powerful drug that can be harvested from a plant in the sea which can make this mode of transport possible again. It will allow the starship pilots to use starship rigging again and roam freely through the galaxy. There is an opposing side to this story as well which you will find out all about from Seas of Ernathe book review.

They are called the Nale’nid and this plant just happens to be in these sea dwellers’ world. The drug that can make all of this possible again is called Mylanar-g and it is present in the world of the Nale’nid, a race of sea people who have powers that the settlers coming to harvest the drug do not which gives them a slight advantage over them.

As you find out more about these sea people, you understand that they find the settlers to be a threat and prove hostile as they attack them and do damage to their ships and even further, to their settlements at the coast.

Now comes the introduction of the three main characters that you will meet in the book as we explain a bit about them in this Seas of Ernathe book review. First, there is Seth, he is a settler and a starship pilot who is sent to see what the disturbance upon the colony is all about.

On his mission, he manages to get pretty involved with the story as he falls in love with a Nale’nid girl, the second character you meet called Lo’ela. Their love proves that the settlers and the Nale’nid can live in peace as they both try to convince their people that they are harmless to each other as long as they both stop acting hostile. We covered even more Carver’s books in our articles! Check out our From a Changeling Star book review.

One more character that gets pretty involved in this story is a settler and friend of Seth’s called Recart. He quickly learns that the Nale’nid shouldn’t be feared after he has been taken by them into their home where he learns about their magnificent society. 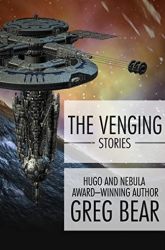 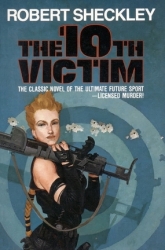