John Gottman published The Seven Principles For Making Marriage Work twenty years ago after extensively researching the topic for several years. Using scientific methods to collate information about the behaviors of married couples, he developed a textbook of strategies to build a happy marriage.

Anyone who is in a marriage or observed other married couples will know that there is no such thing as a perfect marriage. Remember that even good marriages can be improved. For couples who are caught up in conflict, this book may provide the solutions they are searching for. For more books about marriage, check out our selection of the best marriage books, where you can find this book, too.

This book comprises seven guiding principles which, if adhered to, should lead to enduring marriages. With the divorce rate escalating in recent years, many couples from across the generations could find solutions to the conflict that is normal in all marriages and relationships.

This is a practical guide that requires couples to complete homework in the form of questionnaires and exercises. This helps them to focus on the guiding principles and shows a form of commitment to making the necessary changes and adaptations that they recognize as being needed in their unique partnership.

Book reviews of The Seven Principles For Making Marriage Work are very favorable. It seems to have a good, common-sense approach that is appealing to both men and women. Here is a summary of the seven principles:

Couples who have made the effort to get to know their partners develop what is known as a “love map”. This is how the brain stores information about each other. The more information that is stored in your love map, the deeper the bonds that form between you.

The importance of the love map is that it is an instant reminder of your individual and collective dreams and aspirations. As the relationship is nurtured and grows, so that love map will change and expand.

When couples treat each other with dignity and respect, their fondness for each other will inevitably grow. It is not difficult for any couple to check whether they have bought into the fondness and admiration system.

How couples view their shared past is a clear indicator of the potential for success in their marriage. Happy memories of their past will usually ensure a happy future.

As strange as it may seem, Gottman discovered that the short daily interactions of couples make a big impact on their relationship. When couples talk about mundane things, they build a strong foundation for the relationship. Just spending time together, listening to each other, and sharing problems can be an effortless way to make your partner feel valued.

Often a spouse’s emotional needs are neglected through lack of attention rather than unkindness so being mindful of each other will reap big rewards. This is called investing in your emotional bank account. When times get tough, and they will, the marriage will have a store of wonderful ties that will keep the couple together.

Allow Your Partner to Influence You

As much as we want to believe that we are always right, that can’t be factually accurate! So, compromise is the way forward if you want to make your marriage work. We have an intrinsic need for life to be fair and when we feel that we are not getting our fair share in a relationship, it can lead to arguments and resentment.

This problem could be gender-based because husbands often think that they should make all the decisions. Many wives find this attitude disrespectful and degrading. Successful couples have established this fundamental principle and the bonus is happiness. Husbands tend to be happier when they have accepted their wives’ influence and the wives feel valued and respected. It is a win-win situation! Men who succeed in this skill are called emotionally intelligent.

Every marriage has its problems. Solvable problems are the minor issues that crop up frequently and can be the cause of an unnecessary amount of stress on the relationship.

Until couples learn how to identify these small. on-going problems and deal with them, they remain in the background. Keeping the channels of communication open and having calm discussions, is a healthy way to deal with solvable problems.

Many couples either try to change each other or find that they cannot overcome their differences. Firstly, it is important to understand that it is acceptable to have differences. However, living with those differences is going to require compromise.

The goal is not to eliminate the problem, but to get to a place where it is possible to talk about it and find out what is causing the conflict. That is the way to break the gridlock. Gridlock is often experienced when one or the other of the partners feels that they are not being respected and valued in the relationship.

The Seven Principles For Making A Marriage Work book is quite spiritual and intangible. Creating a shared meaning is encapsulated in the song by the Carpenter’s “A World of Our Own”. It’s about creating a culture in your marriage where you share rituals, celebrations, and make happy memories together.

It also involves carving out roles and responsibilities that make for smooth interactions and established expectations of the respective roles. Marriages with this principle as a foundation are sure to deepen and succeed.

Gottman claimed that he could predict which marriages would end in divorce after spending very little time with a couple. He says that there are four main markers to watch out for and he calls them “The four horsemen of the apocalypse”.

They are criticism, contempt, defensiveness, and stonewalling. Once a couple has allowed themselves to slip into a negative pattern of relating to each other, it is a slippery slope to the time when that toxic mix contaminates even the good parts of the marriage.

The Seven Principles For Making A Marriage Work is a wonderful book, full of interesting insights and practical advice and for that reason it receives five star reviews. It offers hope to those who acknowledge that all is not well in their relationship. It also reassures all married couples that a long, happy marriage is possible. It is, however, important to remember that it won’t happen by magic. 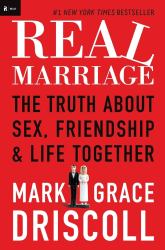 Real Marriage Book Review (2021) – The Truth About Sex, Friendship, And Life Together 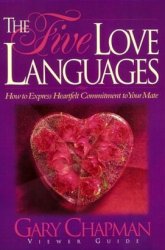 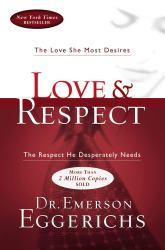 Love And Respect Book Review (2021) – The Love She Most Desires, The Respect He Desperately Needs 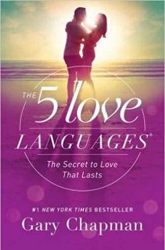