Bruce Catton was an American journalist and writer and historian best known for his works on the American Civil War. He was a prolific writer, much admired for the beauty and elegance of his writing as well as his factual reporting as an historian.

Army of the Potomac Series

A Stillness at Appomattox book is the third in a trilogy about the American Civil War, the first two being Mr. Lincoln’s Army, and Glory Road. Together as a trilogy they were called The Army of the Potomac, and these three volumes were later reissued as a single volume more aptly called, Bruce Catton’s Civil War.

A Stillness at Appomattox Book

In the award-winning A Stillness At Appomattox book, which was written in the fifties, Catton recounts the campaigns of Ulysses S. Grant in Virginia from 1864 to the end of the war in 1865. We consider this book as one of the best on this topic and you can also find it in our selection of the best civil was books.

The book begins with a birthday ball, in which the soldiers and the beautiful women they dance with have no idea that the soldiers’ time on earth is almost up. The battle will begin soon after, and barely a man who attended that ball would survive it. From this most elegant opening he introduces leaders, issues, incidents, battles, and weaves everything together in a beautiful tapestry.

A Stillness at Appomattox details the battles the armies fought, the ordinary soldiers and the leaders, many of the stories coming from the soldiers’ personal accounts themselves. He looks into the successes and failures of the personalities and recounts the battles in a vivid and passionate style.

The third in this trilogy details events from 1864 until the end of the war in April 1965. This was during a time that General Robert E. Lee and his Confederate army seemed to be winning in terms of morale and determination, showing strong signs they would not give up. President Abraham Lincoln put Ulysses S. Grant in charge of all the armies of the United States who eventually took the Union to victory.

The author is praised for bringing his heart into his pen, as he fully engages his emotions with the horror and hope of the war. Readers say it isn’t a book, it is an experience, and feel Catton understood and felt the war more than any other. If you like the authenticity of this book, you have to look at our best non-fiction civil war books article.

In this A Stillness at Appomattox book review, it is seen that the book is criticized, however, for being biased and slanted in favor of the Union. However, he does also describe the trials of the other side, and explains how the war was won, sadly over too many corpses from both sides.

His critics fall into two camps: one extolling his mystical poetic prose and bringing the subject to life, and the other bemoaning his idealistic hagiographic approach, seeing nothing wrong in some of the villainous characters he writes about.

Whether historically accurate or inaccurate, biased or unbiased, romantic or realistic can be debated. But his fine craftsmanship with a pen cannot: he felt the American Civil War throughout his whole being, he ruminated it and analyzed it and virtually experienced it through his passion of it and obsession with it.

Consequently his writing is unique and timeless, deep and profound. He shoots electric shocks through the words, jolting the reader into the shoes of the soldiers of the American Civil War. Love him or hate him as an historian, but as a writer he has proved unforgettable. He was a master of this subject and a master of his craft: he wrote with love in all its colors on this subject that was probably more dear to him than anything else.

Even though A Stillness at Appomattox was written in the fifties, due to Catton’s masterly style, it still reads as a book of today, capturing the reader’s attention through emotive writing and analyzing history in terms of motive and feeling, and not so much on hard disputed facts and events. It is a timeless piece of literature and has for decades propelled a continuous lively interest in the American Civil War. 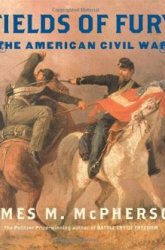 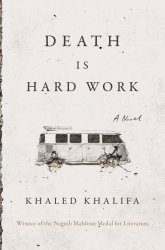 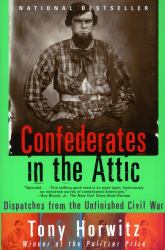 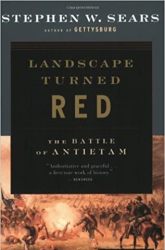