This fantasy novel by R.A. MacAvoy is a story of an adventure that involves the search of a loved one who may be in great amounts of danger.

It has had the pleasure of getting MacAvoy nominations for the Hugo Award, the Locus Award, the Nebula Award, as well as earning her the John W. Campbell Award for Best New Writer. Take a look at more of her books in our article about the best R. A. Macavoy books.

Among these achievements, this novel even got a place in David Pringle’s Modern Fantasy: The Hundred Best Novels released in 1988. Get ready to find out what this thrilling story is about from our book review of Tea With the Black Dragon.

Tea With the Black Dragon Book

It is an interesting plot that involves lots of mystery, as well as mysterious characters, dangerous ones, and innocent and naïve ones also. The novel involves characters such as Elizabeth, a skilled programmer who lives in San Francisco and has managed to get herself into some deep trouble. Her mother,

Martha Macnamara knows that her daughter is in some kind of danger but is not sure what. Her daughter Elizabeth invites her to come to San Francisco, even buys her a plane ticket, right before she mysteriously disappears and hasn’t contacted her mother ever since she arrived in San Francisco.

You can imagine the worry of a mother when she can’t reach her child that lives far away from her. Now, alone, confused, and scared, Martha is figuring out what to do and how to find her daughter that she knew was in some kind of trouble for a while.

Just as all hope seemed lost, Martha meets a nice looking, wealthy Chinese man who was staying at the luxurious hotel where Elizabeth got her a room to stay in. He was a talented and intelligent man, both skilled in computer languages as well as many human languages, and is drawn to Martha and something about her that is just very appealing to him.

As you read further and find out more about this man that becomes pretty close with Martha in a very short period of time, you get some hints that he is a pretty mysterious guy and it might have to do something with the fact that he may actually be a transformed 2000-year old Chinese dragon.

We won’t spoil that interesting part of the novel in our Tea With the Black Dragon book review as it will definitely be a very exciting part of the story for you to find out by yourself. Anyway, Martha now has some company that is willing to help her find her daughter as they figure out that she has gotten herself mixed up in a dangerous crime. We also recommend another book written by Macavoy, read more in our review of The Book Of Kells.

From what you can see in our book review of Tea With the Black Dragon, hopefully, you enjoy this type of fantasy story and it gets you interesting in the amazing world that MacAvoy has created. If you find it absolutely irresistible, then there is a second story following this one, called Twisting The Rope which is also part of the Black Dragon book series. 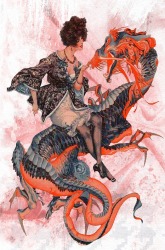 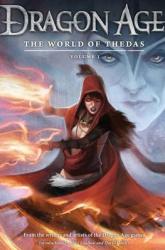 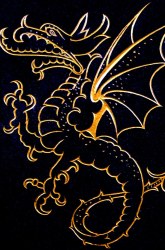 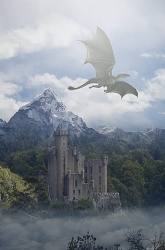