Bill Eidson’s third novel, an exciting thriller filled with big plot twists and unexpected events is here to bring you a pretty exciting read. This book is Bill’s third thriller novel ever that proves the quality of his writing as it holds another one of his amazing plots which tells a story that is sure to have you very interested in it.

Our book review of The Guardian will make sure you know what you are getting into before you start the novel yourself and what to expect from this thriller novel with a complex plot and super cool characters. If you like this kind of book, check out our One Bad Thing book review.

You get to meet a few characters in the book that all bring something new and exciting to the plot. First, there is a nine-year-old girl, Janine, who gets snatched during a robbery at a convenience store near Boston. What started as just a robbery turned out to become a complicated kidnapping crime that resulted in a half-million-dollar ransom.

This demand forces the Stearns, Janine’s parents, to sell their land in the suburbs so that they can pay the ransom. Just as they were going to get their daughter back an unexpected event results in a man killed and Janine still in the hands of the kidnappers.

This is the part of the book review of The Guardian where you get to meet one of the more important characters in the book that will have a shot at rescuing the girl. It is Janine’s uncle and Greg’s brother, Ross.

He has the biggest chance of getting their daughter back because he knows the ways of the criminals as he had spent some time in prison himself and now has some contacts from the criminal world that could be of very big assistance to him. Ross asks for help from his friends from prison to lure the kidnappers into a well thought out trap that just might do the trick.

But it’s not all straightforward in this novel as you can see from this review of The Guardian as Ross and his pals discover that there is an elaborate conspiracy behind the abduction of Janine and things get even more complicated from there. Bill also doesn’t forget to add some of the action in his pages as he describes thrilling scenes with thrilling and dangerous chases through Boston.

Lots of killing can be found in this thriller novel, lots of blood-filled action, and a huge chunk of mystery as they uncover the unfolding plot behind the abduction of the Stearns’ daughter.

Beyond our The Guardian book review, when you read the book for yourself, you can find out if Ross and the Stearns succeed at getting back their girl, what was the cost and reason behind this kidnapping, and how it affected all of the characters that you met in the book. It’s definitely a cool book for the third one that Bill Eidson wrote and it proves to be a pretty exciting read for fans of this genre. 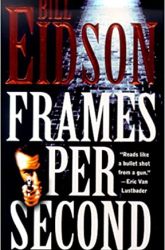 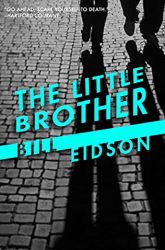 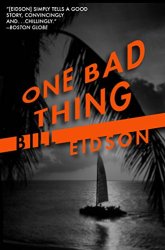 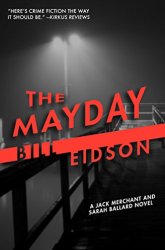 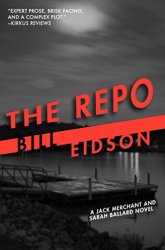