Terrific writer Sally Thorne is a bit of an enigma in the writing world, but aren’t all writers compelled to maintain a bit of a mysterious aura about them? Needless to note, Thorne is one hell of a writer whose works are most often in the romance genre, as it is without a doubt her true calling.

Thorne has been on the prestigious USA Today bestseller list and the first book she ever published was released in more than two dozen countries, as well as having been bought so as to receive a full-length movie adaptation.

In the year that Thorne’s first novel released, it was noted by the Washington Post as being one of the top twenty romance novels. Undoubtedly, her works have contributed greatly to turning the tide in the romance and comedy genres. At the present moment, Thorne is deep in the work of her next two novels, which will be published by the publisher William Morrow. A third novel is receiving the draft-treatment, too.

Thorne resides along with her spouse Roland in Canberra, Australia. The two keep a small pug bearing the name Dalia and a horsey named Louie. With that noted, we can now give our book review.

This book is the most well-known, adored, and coincidentally probably the best novel that Sally Thorne has released. It is a standalone novel whose merits can scarcely be encapsulated in a small paragraph – preferably a lengthy enough essay. The Hating Game book was published in the year of 2016. You can also find it in our article about the best funny romance books.

The main characters are Joshua Templeman and Lucy Hulton. The two of them are working as executive assistants in the same company, Bexley&Gamin. It was only a little while ago that they were working for separate companies, though a merging of their companies saw them bunched together under the same roof.

The CEOs of the individual companies now work as co-CEOs, so that Joshua and Lucy are working in the same office room. It does not take a genius to deduce that the two aren’t exactly fans of each other. After all, they found it quite easier and more enjoyable a job when they were left to work alone. Nonetheless, they have to find a way to make it work, don’t they? They can’t possibly find themselves constantly trying to one-up the other?

Why, be it that they shouldn’t, aren’t supposed to, or that it would be much easier to get along, it doesn’t matter to Lucy and Joshua. They are constantly at each other’s throats. A day has not passed since they began sharing the same office without their usual antics. They insult each other, though it is never a petty occasion, but one based in wit; they indulge in the very attractive banter which can at times border on flirtation.

Their stabs at each other have gotten so common and parts of their respective days that it is nearly a custom, like a silent agreement between them. But, the existence or the faculty of this agreement doesn’t mean that they’re going to get along. If there were ever even a chance for them to put their weapons down, then it all went to waste when their bosses revealed that one of them will receive a promotion soon.

An Incentive to Work Together?

Both Lucy and Joshua are competitors at heart and when that aspect is coupled with the fact that they don’t like each other all that much. However, with the realization that upon being promoted, one of them will become the boss of the other, a little uncertainty enters into their little dynamic.

Now is not the time to put the weapons down, nor to resign and be calm; now is the time to pull out the big guns and do all that they can so as to ensure that they will be the ones getting the job. Accordingly, the two of them even set up a little challenge. This challenge will surely bring a great change to their relationship, but even more to their respective lives.

If it so happens that Joshua is promoted to boss, then Lucy is to come forward with her resignation and give up the job she has worked for years. However, if Lucy is victorious, then Joshua is to keep his job, but will be under the complete and scrupulous command of Lucy.

They both agree to this and it is pretty much the only thing that anyone could catch them agreeing on, to be frank. With time, though, they both sense a palpable sense of magnetism between them and a tension that could turn any normal day at work into a fiery confrontation or a passionate embrace – pick thy poison.

Whether it is the prospect that they might lose to each other, with Lucy losing far more than either one, or that their day to day antics are to come to an end fairly soon, we can’t exactly say.

Nonetheless, both of them can feel the attraction between them and it doesn’t take a long for them to see where it could lead. Where exactly it does lead, our book review of The Hating Game can’t reveal, though we believe that the novel will be more acerbic than us.

Without a doubt, 99% has got to be our other recommendation from Sally Thorne’s body of work. It truly is a close second to The Hating Game. If we made you interested in Sally’s work, make sure to check out our selection of the brother’s best friend romance books, where you can find her name as well. 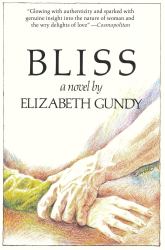 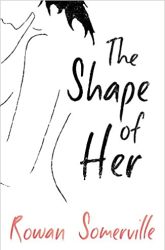