Exceptional author Robert Rick McCammon was born on the 17th of July, 1952, in Birmingham, Alabama, United States of America. Robert is a great American writer, whose works primarily fall in the horror and historical fiction genres. During the time period between 1970 and 1990 as horror literature was at the forefront of focus in the public eye, Robert was a prominent figure.

As we noted, Robert Rick McCammon was born and raised in Birmingham, Alabama, to father Jack, who worked as a musician, and mother Barbara Bundy McCammon. The two of them divorced in a while, though, leaving Robert to reside with his grandmother and grandfather in Birmingham.

He, Robert attended the University of Alabama in 1974, where he acquired his Bachelor of Arts in Journalism. Many of the novels that McCammon published were chosen for prestigious awards. Two such cases were for his 1990 novel Mine and his 1991 novel Boy’s Life. One of Robert’s stories named Nightcrawlers was even adapted into a The Twilight Zone episode.

At the present moment, Robert resides in Birmingham still. Robert was married to Sally Sanders, however, they divorced. Together they had one child, a daughter named Skye.

The Wolf’s Hour book being the first. The second is named The Hunter from the Woods. The book was published in the year of 1989.

The main character is Michael Gallatin. Gallatin is an agent for Britain and, at the present moment, is being parachuted into France. The novel is set during the 2nd World War so the occupation of France has already happened. The mission on which he has been sent is of utmost importance for the Allied Forces’ invasion in 1944.

What not many people know of Michael – exactly three people are aware of this – is that he is a werewolf. A lot of people can feel that there is something idiosyncratic about Michael. Soon, we see how Michael, or should we say, Mikhail, first got his powers.

On a different note, in June of 1942, though, we see an officer of the Nazi army has his wrist cut off by a stray wolf. The wolf took the maps that the officer had been carrying and was never to be seen again.

Back and Forth Through the Years

We take a trip to the year of 1917 and we see Mikhail Gallatinov as he was younger. We are near the Moroc village, a few miles away and we are at a manor. Mikhail is forced to take leave of his wealthy, aristocratic life, and must venture into a word of hit-men and werewolves without his volition.

Upon his awakening from the terrible dream or, more closely, nightmare, Mikhail is sad to see that it was all a reality. Sporting a bite on his deltoid muscle, Mikhail hears the spectators about him speak of his promising future while others can’t wait to devour him. In just a little while, we see Mikhail transform into the werewolf that he is. For that reason, you can also find this book in our selection of the best werewolf romance books.

Once more, we take a trip, this time to Cairo where agent Michael meets with his former lover and former friend named Margritta Phillipe. Margritta is a publisher for a newspaper. The two of them indulge in a voracious night of coitus.

However, when their appetites are slaked, Michael informs Margritta that she is far from being secure in Cairo and that she should consider departing along with him. Margritta is scarcely willing to leave her life, leaving Michael remorseful of not having done more earlier after it is all said and done.

Again, we move towards Wales’ moors where we find Michael. He is visited by British officers who ask of him to aid them in the mission to Paris. He is to retrieve agent ‘Adam’. Michael accepts and we are back where we started.

In the Din of the Great War’s Son

In the meantime, Michael has landed in occupied France. He meets with a partisan named Gaby. Gaby is an especially skilled partisan seeing as she effortlessly acquires a tank by subterfuge and scheming.

Gaby’s role in all of this is to get Michael to the Resistance, but she ends up helping him all the way to Paris. On their way towards Paris, the norm is nothing short of carnage, fervent and passionate sex, and werewolves.

Without a doubt, the novel is violent, but if one is not squeamish, one can surely see how intriguing and absorbing the story is. Before it is all said and done, though, the Gestapo have understood that Adam is an agent for the British forces.

Michael is soon mugged and the story twists in ways that one could never have expected. Before Michael can make sense of anything, he finds himself in Berlin trying to find Theo von Frankewitz, an artist. How the novel is to continue our book review of The Wolf’s Hour cannot say as the story is too great to be spoiled by us.

The Hunter from the Woods is an indispensable read if one fancies this installment of Michael Gallatin’s story. Swan Song, however, is McCammon’s magnum opus and should be read as soon as feasible. 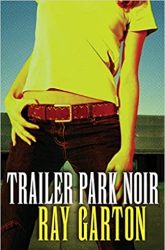 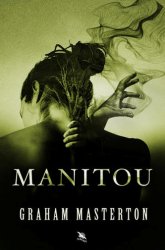 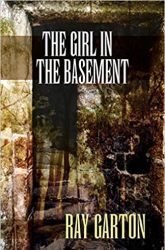 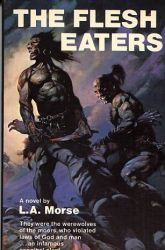 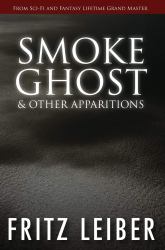