Altered Carbon is the name of author Richard K. Morgan’s cyberpunk book series and the title of the first book in the series. The series has a total of three books, Altered Carbon, Broken Angels, and Woken Furies.

The story talks about a world in which humans have perfected virtual reality and, in some way, have achieved immortality because once a person dies, their mind can be uploaded to virtual space where they can live forever. Be sure to check out this Altered Carbon book series review if you are into that kind of story.

What’s even more interesting and fascinating about the virtual reality is that aside from your mind being uploaded to virtual space and stores, it can actually be downloaded again into new bodies, called “sleeves”. You get to read about the Roman Catholics as they make this story way more interesting.

Thanks to their beliefs, they do not allow the minds of their dead to be re-sleeved after death so this makes them the easiest targets for murder or any other crimes because the person who dies can’t be returned into a new body to tell the story.

New lays are then debated that would force a Catholics who died to be shortly reanimated just so that they can testify if they were a victim of murder. Not everyone chooses to do this sleeve process as it’s not the same for the rich and the poor.

The poor can’t afford fully grown bodies to continue on their life so they go through the whole aging process from the start which does present uncomfortable for many. The rich, however, can afford a fully grown body and they continue where they left off. Those who have had the pleasure of living multiple lifespans are called Meths, a word that comes from the Biblical figure Methuselah.

You get to meet another type of person, the Envoys. They are highly trained warriors in every way,  made for the specific reason of the interspace warfare because you find out from our Altered Carbon book series review that there are other colonies living off-world and that has presented a situation that led to war.

The story takes you to Harlan’s World where you get to meet two very interesting characters, Takeshi Kovacs and his partner Sarah Sachilowski. They are former Envoys who actually returned to Earth and resorted to a life of crime. They were killed by a U.N. commando unit and were reanimated to serve their sentence for the crimes they have done. Kovacs’ sentence was long term work in stack storage.

This where a new, strange character enters the story. His name is Laurens Bancroft and he is a Meth. He has died under very strange circumstances and no one, not even he knows how he died. He doesn’t even remember the two days before his own death. A police officer named Kristin Ortega believes that Laurens committed suicide but he is sure that it was murder so he hires Kovacs to investigate this case.

This investigation will definitely be quite an interesting ride for the readers as the story that goes on from there is thrilling, mysterious, and definitely packed with a lot of action and there is no point in us spoiling it for you in this Altered Carbon book series review.

After the events that take place in the first book of the series, the story continues in the second book, Broken Angels. You continue reading about the life of Takeshi Kovacs as he works as a soldier for hire.

This time, his adventures will take him on a different kind of mission, he has to choose between the dangerous work of being a soldier for hire or taking up a more important mission that involves a far-flung government putting down a disastrous revolution. If you read the first book of the series, then you know that this man only works for one side, his own.

This explains the adventure that he chooses to go on in this part of the series. He is offered quite an amusing job that involves going on a treasure hunt after a rogue pilot explains the details to him. He wouldn’t be on this mission if it wasn’t dangerous as most know of Kovacs’s experience and skill, he was part of the best-trained units after all. The only thing standing between them and the treasure was a city that could kill them in a million different ways.

This was a totally destroyed city that was emitting deadly waves of radiation and nanotech roaming around that could destroy almost anything. On top of that, there were the things that they didn’t know like all sorts of traps that a deadly Martian race could have thought of.

You definitely wouldn’t want to miss this part of the series as a whole lot of action is headed your way which we simply won’t spoil in our book series review of Altered Carbon.

In the last story of the series, Woken Furies, even more action is ready for the readers. You read about Kovacs again as he has now returned to his homeworld, Harlan’s World.

His home has become even more dangerous as only 5 percent of this entire water planet is a land. Traveling with any modern crafts would mean certain death there as the Martian orbital platforms detect and destroy immediately.

Kovacs’ adventure in this one is definitely not short of action and thrill as you get to read about one more action-packed ride in this last book of the series. If you have gotten this far, then you are definitely finishing this book and will certainly be left wanting more.

If you liked the contents of our book series review of Altered Carbon, then definitely give the series a shot and see if the story is as good as it sounds. 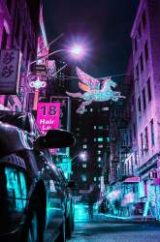 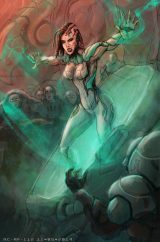 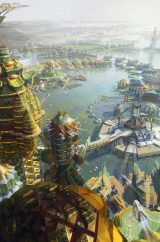