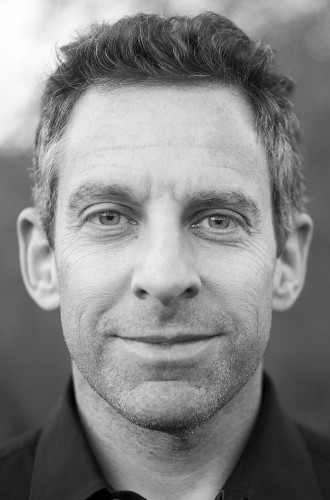 Harris is an American neuroscientist, author, podcast author, and philosopher. Born into a show-biz family on April 9th, 1967, with a Quaker father and a Jewish mother, he was not, however, raised religious.

He initially majored in English at Stanford University, and while he was attending college he became interested in MDMA and empathogens – but the experience didn’t cause him to slide down a rabbit- hole of drug addiction and abuse.

Instead, Harris was interested to discover whether he could achieve the state of oneness and communion these drugs stimulated without having to resort to popping pills. His quest for spiritual insights prompted him to leave university and take a trip to India and Nepal – spiritual meccas – where he would become a student of Hindu and Buddhist meditation practices.

After more than a decade in the Asian countries, he returned to his old stomping grounds and earned a B.A. in Philosophy. His academic pursuits did not end there, and in 2009 he was awarded a Ph.D. in cognitive neurosciences by UCLA thanks to his thesis, The Moral Landscape: How Science Could Determine Human Values.

Harris began his writing career shortly after the 9/11 terrorist attacks, and from 2004 to 2015 he has published a total of seven books. Here we will give you a brief overview of Harris’s best books. Books aren’t all Mr. Harris has to offer though, as he also hosts a podcast called Making Sense where he interviews guests on the recurring themes of his books: philosophy, spirituality, neurosciences, morality, religion, etc.

In addition to Harris’s recommended meditation books and Harris’s mindfulness books, he has also launched a meditation app – Waking Up – which features a series of daily meditation practices for subscribers that guide the user into the world of mindfulness and, as the app itself states, learning to pay attention to what really matters. Without further ado, let’s now take a look at what the best Sam Harris books are. Please note that we have not made this list of Sam Harris’s books ranked.

The End of Faith

Published in 2004, Harris’ first body of written work went on to win the PEN/Martha Albrand Award and managed to snag a spot on the New York Times Bestseller list for 33 weeks.

Harris charges against one of the taboo subjects everyone knows to avoid at polite gatherings and social events: religion. And it is precisely its “out of bounds” status that Harris so strongly disagrees with. No wonder it is one of the best-selling Sam Harris books.

Why, he argues, is it OK to question physics and even historical theories, but prodding the irrational (his words, not mine) beliefs of religion is frowned upon and discouraged? Especially when these convictions are shared by such a vast majority of people worldwide and can pose an actual threat to society, as suicide bombers have evidenced?

Before you write Sam Harris’s books on the middle east off as an anti-Muslimism manifesto, be warned. The American thinker considers all organized religions that are rooted in beliefs devoid of empirical evidence as a form of “collective insanity”.

Furthermore, he doesn’t just poke at religious fundamentalists, he also wags his finger at religious moderates who “imagine that the path to peace will be paved once each of us has learned to respect the unjustified beliefs of others.”

Harris explores the clash between reason and religion, and throughout one of the most popular Sam Harris books turns to neuroscience, philosophy, Eastern wisdom, and history to back up his case that the world needs a new type of spirituality, different from organized religion, that is both secular and humanistic. Let’s now take a look at Harris’s next book on our list.

Letter to a Christian Nation

Following the not at all surprising backlash and criticism to the blanket statement that all religious people are basically mental, Harris penned a Letter to a Christian Nation to address the not-too-pleased responses he got from his publishing debut.

Written in the epistolary genre, this is one of Harris’s short books that aims, in the author’s own words, to “demolish the intellectual and moral pretensions of Christianity in its most committed forms.” Harris is a firm believer that discussing morality means opening up a conversation about human happiness and suffering. So if you are looking for books written by Harris on Christianity, this is one of our favorite Harris books in this regard.

Which is why he questions a religion that would oppose certain modern advances that can greatly improve man’s life on the grounds of moral convictions that cannot be proven to be right. These modern advances don’t even have to be of the high-tech “Brave New World” hatchery type, either; some are simple, like giving out condoms to stop the spread of HIV.

Finally, Harris is also critical of the abundance of violence that many of the world’s main religions include in their texts, which, if they were to be taken literally, would result in some very disturbing practices. He compares them to other religious beliefs, such as Jainism, where the rhetoric is significantly more peaceful.

Even though it’s short and easy, it is one of Sam Harris’s top books to read that builds well on the author’s previous work, introducing more arguments for the case he already started shaping in The End of Faith.

By now the reader must be thinking, “Wait, so, no religion? What does Harris believe in?” Well, the questions to your answers come with the third of the best Sam Harris books in order: Waking Up.

From his biography, you will remember that Harris spent more than a decade honing his Zen-master skills in India, and in this part-memoir, he spills the tea on his findings regarding spirituality. Waking Up might be the best Sam Harris book to start with.

Harris is an atheist, but he does think there is a case to be made for contemplation. This book is a good read for the people out there that don’t resonate with organized religion but that also don’t believe that there is nothing more to life than cells and atoms and molecules. That the universe does rest on important truths, and that one can seek the answers through quiet contemplation.

Although his earlier books (Waking Up is one of the most recent Harris recent books on our list) do nothing to help his “Christian-basher” reputation, in Waking Up Harris does state that the great sages of history – Buddha, Lao Tzu, Rumi, and (surprise!) Jesus- weren’t all raging schizophrenics having a psychotic episode; they might have actually been on to something.

We modern sheep are, however, treading down the wrong path of fundamentalism and zealotry – we need to reconnect with our spirituality through non-deity-dominated teachings that are backed up by reason and scientific findings.

This is one of Harris’s books recommended and written with all the people in the world who do not ascribe to any religious beliefs but are nonetheless seeking to channel their spiritual needs through more rational and philosophical mediums.

Another short and interesting read and one of Harris’s neuroscience books explains the illusion of free will to us, and he does so by bringing in the neuroscientific facts.

Much of our concepts of morality and justice are centered around the concept of free will, i.e. that we, our brains, souls, whichever, are ultimately in charge of our lives and that we decide to act a certain way or not.

Which is why, when we are naughty, we can get punished, and that would be fair. After all, we didn’t have to snatch our sibling’s chocolate bar away because we had already finished ours and wanted more, we could have simply let our sibling enjoy their chocolate in peace. Right?

Wrong! Turns out, the concept might not be 100% scientifically accurate. Building on human consciousness researcher Libet’s experiments, Harris argues that long before we make a conscious decision to act our brains have, in a sense, already made the decision for us.

Unconscious build-up in brain activity is present long (well, milliseconds, but time is measured differently in neurosciences) before. We just don’t know. Hence, our brain is a sly, wily minx – making us believe we’re in charge when the whole time it was pulling the strings.

Harris does not believe this should be a reason to completely toss all responsibility aside and give everyone a free pass. The author still argues that there is a place for social justice and political freedom, but that perhaps we should rethink the way we go about it. It sounds like one of the best books by Sam Harris, doesn’t it?

The last entry in our Harris book reviews is The Moral Landscape that is heavily influenced by the subject of Harris’ Ph.D. thesis and was published shortly after, in 2010. Putting all his scientific knowledge to practical use, Harris provides arguments in favor of the creation of an objective and scientific morality.

For Harris, morality has to equate or be related, in some way, to the “well-being of conscious creatures”. And that is how society should view morality, as peaks and valleys on a “moral landscape”.

The author also calls for the establishment of objective morality, one where the answers are right or wrong based on facts. We know enough about the human brain nowadays that we can do away with moral relativism (and he’s made his feeling clear on where he stands on morality based on scriptures).

It is time that science shifts from merely being an observer of human behavior, to actually and actively help establish a set of rules or human values that we can live by to flourish. There is no reason why morality remains a field where science dares not to enter. It’s time to tear down the barriers between science and philosophy and create a new modern-day morality.

Harris is an excellent author for religious skeptics with a passion for knowledge in universe-related matters. If you want answers, and can’t find them in a Bible, you might find them in one of these Sam Harris’s best-rated books. It was a tough call to pick the top five publications out of all Harris books, but we hope you enjoyed our selection. 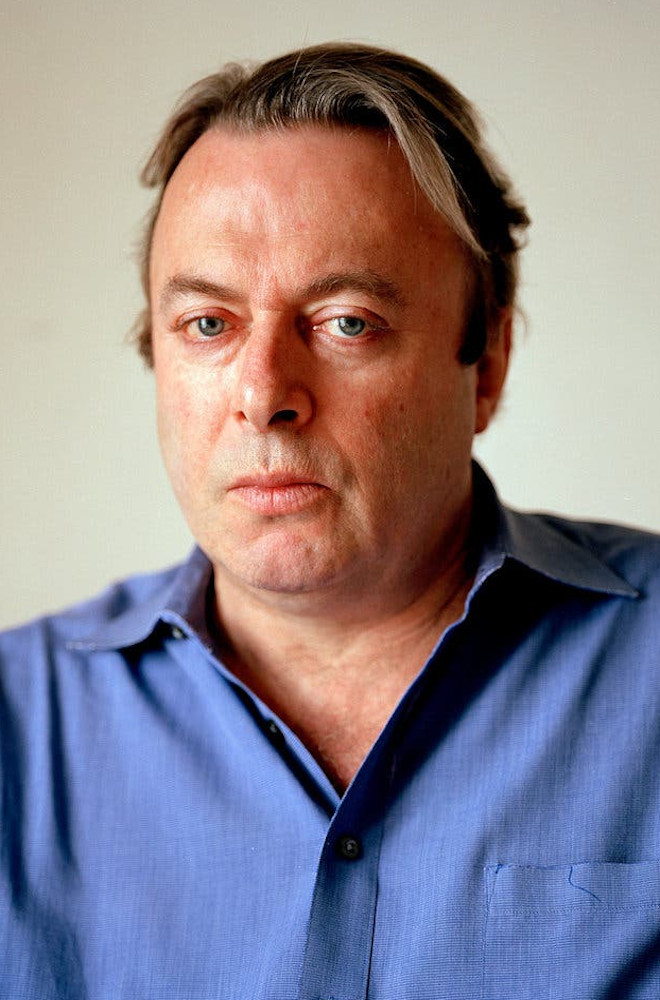 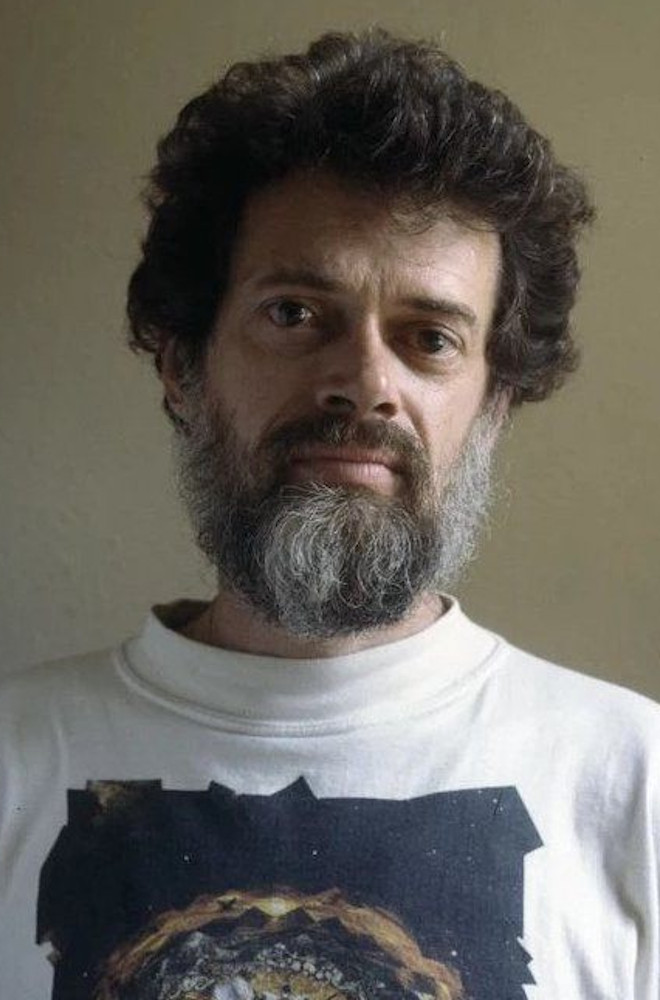 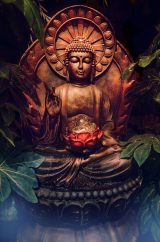