Many of the books that you will get to see in this article about the best post-apocalyptic book series ever written originally started out as solo editions but thanks to their popularity and high demand, the authors decided to make them into long and exciting series that tell the most fun and adventurous of stories in different kinds of scary and unimaginable worlds.

Take a look at this review of some of the best series about post-apocalyptic stories that were so exciting that the story couldn’t be told in just one novel.

The Passage Series by Justin Cronin

We start the list off with a fiction series called The Passage by author Justin Cronin who tells the story that originally begins in the first book as the author describes a normal world at first which later turns horribly wrong thanks to a what is thought to be an accident.

The accident that the first book speaks of is the release of an unstable drug that is said to boost the immunity of anyone by so much that it would be able to become the cure for many lethal diseases.

However, the drug was still unstable as it was in the experimental stage because it was made by samples of a virus that was only carried by some kind of bats and after the accidental release of this virus into the world, almost all of the population of the world becomes infected as it spreads super quickly and all of the infected eventually become blood-thirsty zombies and horrible creatures who are hungry for more blood and flesh.

There are a set of characters that you get to meet in this story as all of them explain their own parts in the story which doesn’t look good for any of them who live in this post-apocalyptic world.

Dangerous times await all of them as they run and try to survive from the threats of these horrible creatures and you get to read all about that in the three books inside one of the best post-apocalyptic series by Justin Cronin. The books inside, in order, are The Passage, The Twelve, and The City of Mirrors.

This series is among, if not, the most popular post-apocalyptic series that has ever been created that was so good that it got turned into a few movies that managed to be seen by millions, just as The Hunger Games books.

The author of this truly fascinating masterpiece is Suzanne Collins and she tells you her story of a world that she believes to be fascinating and nothing like ours.

The story mainly follows one character who tells you her story throughout the whole series. Her name is Katniss Everdeen and she is a sixteen-year-old girl who just took her sister’s place in the great Hunger Games.

This event takes place once every year and is the most popular form of entertainment in this world that everyone looks forward to. The event forces children between the ages of 12 and 18 to fight to the death inside an arena and whoever comes out victories will have a better life than before.

These games are completely normal in this post-apocalyptic world which the author doesn’t really explain how it got that way but she sure does know how to paint a scene of how it currently is.

The series contains 4 books, The Ballad of Songbirds and Snakes, The Hunger Games, Catching Fire, and Mockingjay and all of them should be read in this order. If you have seen the Hunger Games movies, it is definitely worth reading the books as well as they bring an all-new kind of fun and exciting experience to the story.

We have another great example here of what a great post-apocalyptic series should look like.

The famous Margaret Atwood’s MaddAddam series holds three books that describe a fascinating story about a post-apocalyptic world in which the fictional struggles of the characters are truly something that will make you want to read more and more.

The lives of the people inside are dangerous ones, filled with uncertainty, fear, and a whole lot of suffering. There is evil inside these books that will eventually have to face a showdown with the survivors which will decide the fate of this horrible world once and for all.

The series contains the books Oryx and Crake, The Year of the Flood, and MaddAddam. The story starts with Oryx and Crake in which you meet most of the characters who take you on their journey throughout the three books.

Not everything about this world will be explained in the first book but that is definitely part of the thrill of the story as the suspense will make you want more and more from the story. Margaret Atwood is a very experienced writer who definitely knows what she is doing after years of writing as she brings you this truly wonderful and exciting story.

Eventually, the good characters you meet throughout the whole series, the survivors, have to come face to face with the horrible gene-spliced creatures that are starting to grow in large numbers in a battle that will decide the fate of their world. You definitely wouldn’t want to miss out on this story by Margaret if you are a true fan of hers or a big post-apocalyptic story enthusiast.

Hugh Howey’s Silo series started in the year 2012 when he released the first book of the series which could very well be read as a stand-alone book, called Wool Omnibus, but then got turned into a series that goes on about the story of how the people of a wretched and unlivable post-apocalyptic world live underground in a huge city called the Silo.

A number of unique characters come into play in this thrilling series who explain to you their parts to play in this underground city which is the only place where the people can survive. They have only seen how the outside looks from dust-covered cameras that are placed above ground which paints a truly horrifying picture of death and suffering.

One of the main characters who takes you on the Silo journey is the sheriff and leader of the people in the city who takes care of several thousand people and all of the major decisions that have to be made in order for this community and the people to survive.

The people are divided into several classes who all have separate jobs to complete if the city is to function properly. The classes are divided based on how lower the person lives in the 144 story city. The story can be perfectly understood by the three main books that tell the major events of the whole thing,

Wool Omnibus, Shift, and Dust, but there are also several other books in the series that all fit in nicely in the middle of the main story. Definitely give a read to all of the books in the series if you want to understand the whole plot in perfect detail about how these people manage to survive in a huge underground city.

After Series by William R. Forstchen

The After book series is a great read that offers the readers to find out about a world filled with suffering and misery thanks to a horrible event that caused the entire population of the United States to return back to the Dark Age.

A devastating Electro-Magnetic Pulse or an EMP which is a powerful weapon that has the ability to render all technology and everything that runs on electricity useless leaves the people to remain without power and that leads to the collapse of literally everything they have ever known.

One way or another, as everything runs on electricity, one second after the EMP hits in the United States, planes start falling out of the sky, hospitals and power plants eventually run out of their back-up power and you can imagine the chaos that all of those things can bring to the people.

The reason that this series is among the best post-apocalyptic series out there is because the story slowly takes you on the journey of how a completely normal world can turn into a ruined one that has nothing else to offer than death, misery, and suffering.

You get to meet a few characters in there who will surprise you with the ways they decide to deal with the events that are currently happening around them. The series is a trilogy that offers you plenty of content to fully enjoy in the thrill of the story.

It is for sure that no one wants to even come close to living in a world such as the ones described above, but it sure is exciting to read about fictional ones and how such catastrophic and global events can lead to the total destruction and end of civilization. As long as it is fictional, the stories are definitely fun and exciting. 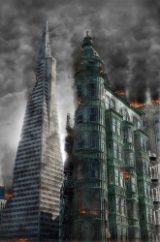 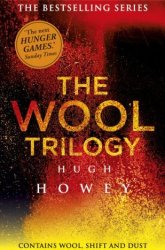