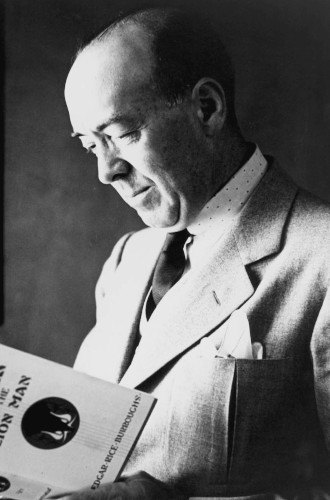 Edgar Rice Burroughs was born on the 1st of September, in the year of 1875, in Chicago, Illinois, United States of America. Burroughs is a famous author whose work in speculative fiction, namely in the sci-fi, fantasy, and adventure genres, is truly immense. The most well-known character from Burroughs’ works is none other than Tarzan.

As mentioned, Burroughs was born on the 1st of September, 1875, in Chicago, and he was son number four of Tyler Burroughs, a Civil War veteran and businessman, and Mary Evaline Zieger Burroughs.

Edgar attended a couple of different local schools, before going to Philips Academy in Andover, Massachusetts, and Michigan Military Academy, as well. Edgar Rice became enlisted in the 7th US Cavalry in Fort Grant, Arizona Territory, but was then found out to have heart issues, so he was discharged in 1897.

Edgar Rice worked a number of different jobs over the course of his lifetime, even ending up as a cowboy and a worker at a Chicago battery factory owned by his father. In January of 1900, Burroughs married his childhood sweetheart Emma Hubert. Sadly, in 1950, Edgar Rice Burroughs passed away following a heart attack.

The Edgar Rice Burroughs Barsoom series is one of the most famous works of the wonderful author and one of our personal favorite series of all time. It is a series consisting of eleven novels and they are the following:

The Red Planet and Its Tales

John Carter, a man from Virginia and a veteran of the Civil War, finds himself, for all intents and purposes, on Mars, of all places. On Mars, he sees tribes fighting with one another as he is abducted by six-limbed beasts named Tharks.

In over his head, Carter can barely make sense of all of this, when he is accorded a chieftain’s honor because of his strength – owing to the Earth’s and Mars’ difference in gravity. The story of John Carter has only just begun and it is a truly magnificent one.

The Edgar Rice Burroughs Tarzan series is unquestionably and unambiguously the most famous and most well-known work of the author. It has been a part of pop-culture for decades and has received a number of adaptations in modern media. With that said, the series consists of twenty-five books, a few of which are:

By a Twist of Fate

The timeless story of Tarzan is surely familiar to many, but perhaps not in as detailed a manner as the original story is. Lord Greystoke along with his wife Lady Alice have just set forth on their journey towards Africa, on a colonial appointment.

After some trouble with the crew, they are dropped off on a coast that is far removed from civilized groups, yet very close to the jungle. Lady Alice, at this time, was pregnant and over the course of their stay in the jungle, gave birth. Unfortunately, they are separated from their child and an ape tribe adopt the child.

The child grows up and it learns of the ape ways, completely unaware and without knowledge of its own descent. Over time, he comes by a hut in which his parents stayed so long ago, and realizes that he is not an ape, but a human, and from here, the tale of Tarzan starts. Without a doubt, these are some of the best Edgar Rice Burroughs books and they are the best-selling Edgar Rice Burroughs books.

Lost in the Sea of Time

Off of Greenland’s coast, a thermos bottle has been found floating in the water. Inside of this thermos, papers can be found, covered in handwriting that could very easily be taken as a shorthand. However, as the man begins reading the papers, he learns of something truly strange. The writer of the papers had been going towards a battlefield in the first World War, but he was shipwrecked. The only survivors were the writer, a woman, and a dog.

A German U-Boat takes capture of them, but after a time, they find themselves sailing towards Greenland. As all of their resources are slowly being depleted, they see an island and go towards it. A decayed human corpse would deter others, but they have no choice but to set off and try to survive. However, the tale that followed on this strange island is nothing short of magnificent, yet terrifying. Without a doubt, these three novels rank as some of the top Edgar Rice Burroughs books.

A World Beneath Earth

David Innes and Abner Perry are doing pretty much the unthinkable. Never before had it been thought that digging into the Earth’s core could be possible, but here they are, doing just that. As their unbelievable burrowing device is doing its work, the two of them still fear that they might be burned alive by the scorching temperatures down in the center of the planet. However, what they came to is nothing short of truly unfathomable.

As they dig and dig in the downward direction, they, all of a sudden, arrive in an obscure, surely eons-old world that is located hundreds upon hundreds of miles below the surface of the Earth. As they make their discovery, they soon learn of a world beneath their own, a world filled with giant oceans, of a perpetual noon, of primitive beings, and of their leader, queen Dian. Among the Edgar Rice Burroughs best books.

During the final years of the twentieth century, Admiral Julian Third is unable to rest or relax at all, for he is privy to the future and what it will bring. He is to be reborn as his own grandson in the century that is to follow so that he can travel in space and discover something truly odd in the Earth’s moon. Then, once more he will live as Julian Nineth in the twenty-second century, unwilling to step down to the Moon Men.

Julian 20th will be another iteration of Admiral Julian Third and he will be the mighty Red Hawk, the one that will be the leader of the human race in the ultimate battle against the invaders from out of space during the twenty-fifth century. These are all things that plague the mind of Admiral Julian Third now, for he knows that there is much to do and no time to waste. Undoubtedly, one of the best Edgar Rice Burroughs books.

The Mucker series is another great source of the best Edgar Rice Burroughs novels, and one that we absolutely adore. The series is a three-book one and the books are the following ones:

Down, but Not Out Yet

Billy Byrne is an American, though he’s regarded as a low-class one. He is a thief and a mugger living in a Chicago ghetto, where he is known as being unpleasant and hardly a kind person. The ethics and the morality present in Billy Byrne are truly ones that are barely there. Life is nothing more than violence incarnate to Byrne, it seems, and his loathing for the wealthiest of people is something that marks his life.

Byrne is also a man that loves the bottle even though it sometimes acts to his detriment as a prizefighter. However, when he is accused of killing someone, falsely might we add, he decides to escape to San Francisco. Aboard a ship, he is without means to enjoy his vices, so he begins bettering himself, oddly enough, when he gets a chance that he cannot just throw away. In the eyes of many fans, in the Mucker series, you can find perhaps the best Edgar Rice Burroughs book.

Arizona is a place where the deserts are a mighty red, the rocks are hard, and the mountains are truly high. Arizona is also the home of the Apaches, in spite of the harsh conditions.

For whole decades and generations, the Apaches, taught even from the youngest of ages in the ways of their people – trained for strength, taught for craftiness, and accustomed for the hunting capabilities –, raided Mexico for women, for cattle, and for horses. On one occasion, though, they came upon a baby boy in a white man’s wagon, which they adopted as their own.

The boy, known to them as Ish-kay-nay—boy, was taught in the ways of the Apaches as well because to be an Apache, he must be worthy of the title and especially of his own name. Aged merely ten, Ish-kay-nay—boy became Shaz-Dijiiji—Black Bear upon taking out a bear by his lonesome.

Little did they know that this would only be the start of Shaz-Dijiji’s journey and that saving him meant that they inadvertently saved themselves. In all our Edgar Rice Burroughs book reviews, these two are more than worthy, on their own, of being called the best Edgar Rice Burroughs novel.

A Future of Barren Lands

It is 2137 and the world is quite different from what could have been anticipated. Two centuries in the past, Eurasia was the scene of a mighty war, a war which signaled and brought forth the end of the Old World of the two continents.

The two Americas maintained the civilization they had built up, but to achieve this, they were forced to be secluded and isolated for more than two hundred years, but now the time has come for an American to travel east of the 13th parallel after so long. A tempestuous storm is what brought Lieutenant Jefferson Turck to the door of law-breaking, but it was a situation of life or death.

Having no other recourse, Turck chooses to seek harbor in an England port for the time being, but it is here that he makes a discovery that rocks not only his world, but history as he knows it. He learns that Europe is no more an enemy to the Americas than a tumbleweed, as the desolate land is but a shadow of its former self.

The Outlaw of Torn and the Venus series are two other sources of the best Edgar Rice Burroughs books and we are sure our readers will be fond of them. 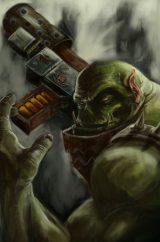 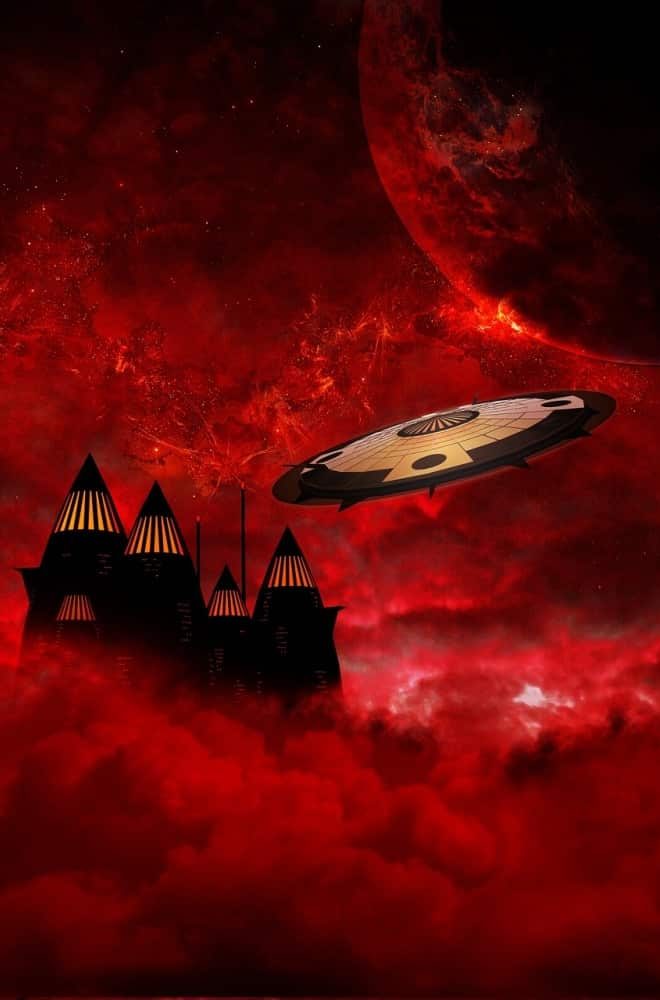 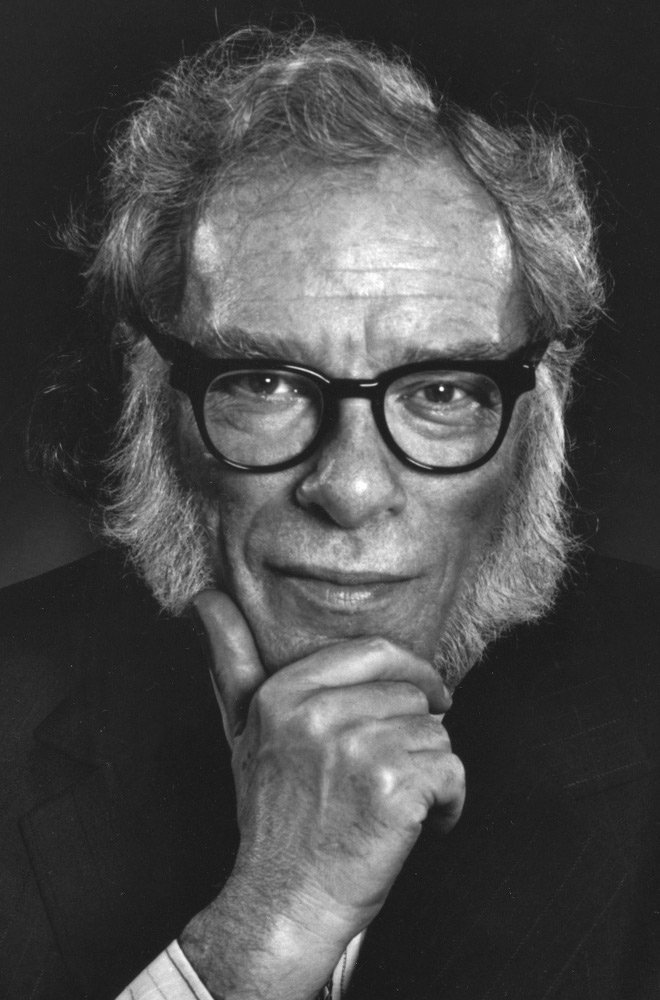 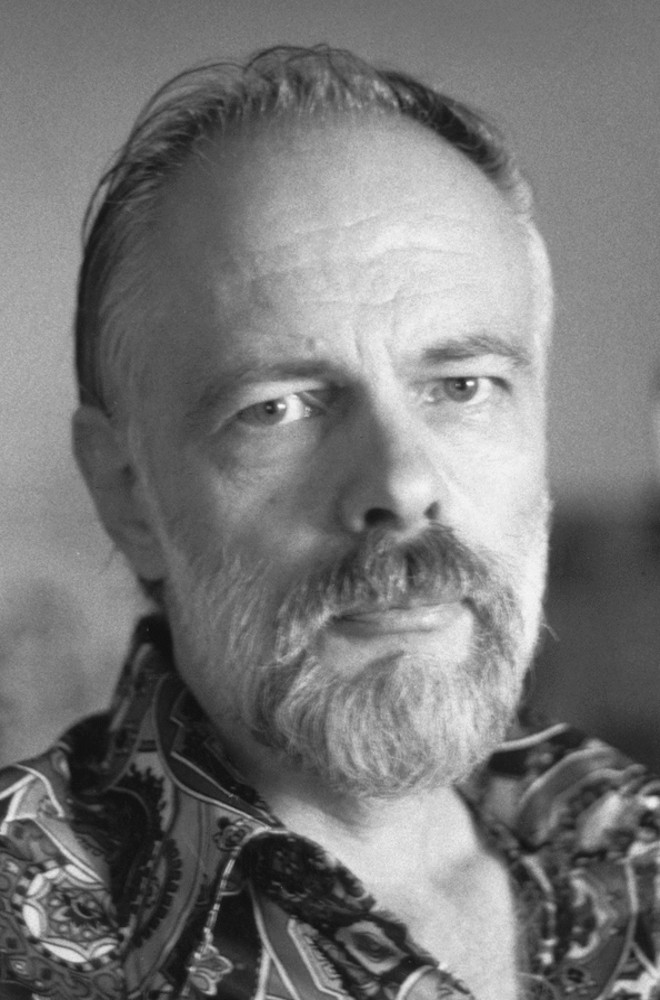 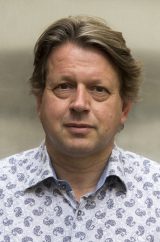