Aron Nimzowitsch was born on the 7th of November, 1886, in Riga, Latvia. Aron was a Danish Chess player and fervent writer. During his lifetime, Nimzowitsch boasted citizenships from Russia and Denmark. Among the hypermoderns, Nimzowitsch was, by far, the foremost figure.

Nimzowitsch met his demise at the hands of death on the 16th of March, 1935, in Copenhagen, Denmark.

My System was published by Aron Nimzowitsch nearly a century ago in 1925. The book is, without a doubt, timeless. Even after nearly a century, the book is still read, reread and studied by millions of chess enthusiasts all over the world. Not many books possess this kind of quality, but we didn’t pick to have our book review of My System on a random whim, instead it was chosen exactly because of this time-enduring quality.

While Nimzowitsch was of Latvian heritage, My System book wasn’t written in Latvian, but instead in German. That doesn’t bare any relevance today, since the book has been translated into dozens of languages. What does persist, however, is the anathema with English-speaking audiences and their translations.

Namely, the translation by Quality Chess isn’t one that works in favor of the readers, since there are plenty of odd word choices, but thankfully there have been updated editions and translations that do justice to the classic.

It is written in two distinct, separate main sections. The foremost is The Elements. It speaks about and discusses the most basic, fundamental and most important parts of actual strategizing are, even going so far as to mention issues with some tactics. The naming that Nimzowitsch adopts in the writing here can, at times, be confusing, but once the readers gets a grasp on that, the chess book becomes a breeze in that respect.

Experienced, advanced players can also learn from My System, with people noting that, to them, unknown things had been unearthed in the first few pages. For example, something that not many people look out for or concern themselves with is the tempo with which one plays, but Nimzowitsch takes just enough time with discussing and explaining the intricacies surrounding it.

The bare beginner and the very experienced player can both, alike, learn brilliant new things from this classic. Its distinct qualities are ones that shouldn’t be understated, and we think it is extremely impressive how the book has passed through so many decades while remaining as relevant as ever. Truly a classic. 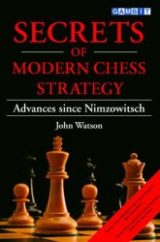 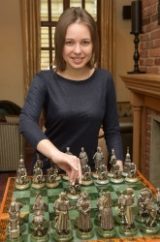 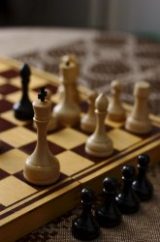