Stone of Tymora trilogy is a part of the greater Forgotten Realms campaign setting and this series is written by the one and only author R. A. Salvatore.

If you read the Forgotten Realms Saga, you might know Salvatore by his legendary and signature character known as Drizzt Do’Urden, the dark elf that has so many books devoted to him and his adventures. Now you get to meet a new and just as thrilling character in Salvatore’s new series that never stops with the amazing fantasy adventures.

The Stowaway is the first Stone of Tymora book in this series and it is the book that is going to introduce you to this thrilling character whom we speak of. His name is Maimun and he is just a teenage boy who is way too young to be guarding such an important secret.

The secret that this boy is guarding is already jeopardizing this boy’s life and he has actually been marked for death because of it. Now, this boy is forced to abandon his home and leave the village in which he had been living for so long as a mysterious stranger helps Maimun flee out to sea.

The boy becomes a stowaway on a pirate hunting ship that is known by the name of Sea Sprite. The fans of Salvatore’s work for the Forgotten Realms Saga are definitely going to be nicely surprised when they get to find out which familiar character will be popping up in this story after the boy boards the ship.

Maimun manages to find an ally who goes by the name of Drizzt Do’Urden books – yes you heard it right! The one and only dark elf Drizzt is in this story, in all of the books in fact, and together with Maimun, these two are about to bring you a very interesting and exciting story filled with unforgettable adventures.

The Journey Has Begun

Maimun knows that he is not going to have an easy time on the path that life has forced him to take but the boy proves very courageous despite all of that. When the crew finds him on board, Maimun manages to get beaten up badly and he later discovers that a woman called Catti-brie is tending to his bleeding wounds. Catti-brie is an important character from the Drizzt books and a member of the Companions of the Hall.

After Maimun shows a lot of courage for a 12-year-old boy, the ship’s captain, Deudermont, offers the boy a place on the ship and Maimun must now prove his worth after being given a second chance. After a series of events that take place on the ship, they finally dock in Memnon where most of the characters you have met until now part ways.

Maimun wanders off into Memnon only to have the Stone of Tymora that he was carrying secretly with him stolen by a woman who puts the boy in a deep magical slumber. When Maimun awakens, he finds the demon known as Asbeel finally caught up to him and asking for the Stone. What happens next is up to you to discover as the story continues in the second book of the Stone of Tymora saga.

The second book in our trilogy review directly continues the story where the first book left it off. We go straight to Maimun again as the last time we read about him, he was robbed by a deadly spell caster and left for dead by the demon that was chasing him all the way to Memnon.

You get to see Maimun determined like never before as this is one 12-year-old boy who will not let what rightfully belongs to him and what was handed down only to him be stolen and just taken from him like that. Maimun makes a choice, without thinking twice, to locate the one who stole the Stone from him and take it back.

Fortunately for him, he reunites with Drizzt Do’Urden books on his quest to take back the stone and find the masked robber, and one more character who joins his quest is Sea Sprite’s captain, Deudermont. It all starts when Maimun first decides to catch up to Drizzt across a desert and all he has to go on is a tip from a talking raven.

While crossing the desert, Maimun’s luck manages to run out as he now has to face a group of dangerous bandits which he must fight or allow them to kill him.

We won’t spoil what and how goes on during these exciting events in The Stone of Tymora trilogy but the boy eventually does manage to reunite with Drizzt himself and soon after comes Deudermont again with the rest of the Sea Sprite crew.

All of these characters now prepare to go and find the Stone and discover who is behind the theft and why. So begins the search that will be filled with exciting adventures and unforgettable events.

You get to see Maimun so determined and relieved that he won’t be going completely alone on this dangerous quest that lies ahead. He now has a magical cloak and sword that will definitely come in handy for what is about to come.

The evil demon that we mentioned before, known as Asbeel, is also searching for this stone and he is also convinced that this stone belongs only to him. Maimun definitely has a dangerous journey ahead of him as he now has to compete against an evil and deadly demon such as Asbeel and he also must avenge his beloved mentor’s death.

Finally, we have the last and very anticipated book of The Stone of Tymora trilogy. This Stone of Tymora novel is about to show you how the thrilling story that you have read about so far will finally be brought to an end.

Many questions will be answered in this book, many secrets will be revealed, and many fans will finally get to find out what happens to the awesome characters inside this thrilling story. Let’s try to make a few things clear in our review and make sure not to reveal any huge spoilers that would definitely spoil all of the fun for you.

The story in this third and final book of The Stone of Tymora trilogy takes you on one more journey of great thrill and adventure that will have a different motive than the ones in the previous two books.

This time, Maimun finally has the precious stone in his hands after having to go through so much in the last two books. He had to go up against a real dragon and a deadly demon in just the previous book alone and there will be a bit more to go through in this one as well.

The motive and mission that Maimun will have for this last journey of his is to find a way to get rid of this stone that has brought so much hardship in the boy’s life as that’s all that he has known for most of this young life.

So, Maimun decides to visit the famous and wise wizard who goes by the name Malchor Harpell. This is about to go from a journey to see for answers to a journey for survival again as there are those who cannot afford for this powerful stone to be destroyed and they will have no problem taking the lives of those who have different opinions than them.

Malchor’s answers and advice also come at very high price and Maimun is about to discover what exactly this means. All you need to know about the events that are about to come is that they are definitely going to be to your liking if you have enjoyed what you have read so far.

We hope you enjoyed our review and that you have made your choice whether the Stone of Tymora books are perfectfor you. If you enjoy fantasy books and the Forgotten Realms campaign setting, then you will definitely enjoy these books.

What Does the Stone of Tymora Do?

The Stone is an ancient artifact that once belonged to the goddess of good fortune, Tymora herself. This artifact has the power to bind to a person of its choosing and offer them good luck wherever they go.

What Year Does the Stone of Tymora Take Place?

The events in the Stone of Tymora series start in the year 1356 DR but there are a few events of previous years and some of the later years. 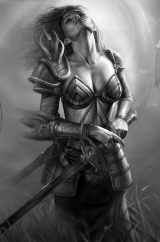 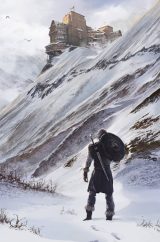 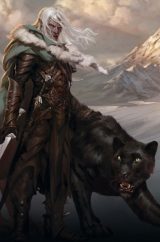 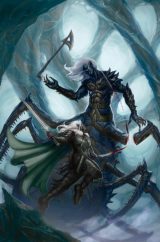