The Legend of Drizzt

The Sellswords saga is a thrilling fantasy series that is a part of the larger series known as The Legend of Drizzt, this series further on is part of the even larger Forgotten Realms Saga and this is a series that is definitely going to be fun to read for all of you fantasy enthusiasts out there.

The Sellswords trilogy talks about a part of the events that take place in The Legend of Drizzt series and follows the main character of the series, Drizzt Do’Urden himself. The stories inside are written by the one and only R. A. Salvatore and make sure to check out this The Sellswords trilogy review if you wish to find out more.

Servant of the Shard

Servant of the Shard is the first book in The Sellswords trilogy and the one that is going to start off this part of the Legend of Drizzt storyline. Although the bigger series is focused on the main character Drizzt himself, you will find out that a few books, such as these right here, tend to follow other very important characters who you definitely need to find out more about.

One of those characters, and the one who this story will be following and talking about, is Artemis Entreri, a character known as the greatest assassin in all of Faerûn.

If you have read any other books from the vast Forgotten Realms Saga that even mentions Artemis slightly, then you will know why this character is important as he plays quite the big parts in many events that happen to characters such as Drizzt and the Companions of the Hall.

It’s hard to describe what type of character Artemis is but one thing is for sure, he is definitely an exciting and interesting one for sure.

You start reading about Artemis as you find out that he has returned to his home in the streets of Calimport where he forges quite a beneficial alliance with the drow. He has a sponsor who is known by the name Jarlaxle, he is also a character who appears quite often in the Legend of Drizzt series, and one who will become quite important in this story as well.

Jarlaxle and Artemis will definitely make quite the interesting duo to read about in this story as the chats between them and events that happen with those two in the middle of everything will surely present very interesting and exciting to read about.

Besides these two important characters, the only ones who might come a bit close to being as important in this story are Jarlaxle’s lieutenants. But there is one more, a sentient object known as the Crystal Shard, a powerful object that despite being just an object, has its own ambitions and desires and it will try to achieve them just like everyone else would with theirs.

This thing known as the Crystal Shard won’t be presented as that important at the beginning of the story but it becomes greater and greater in meaning as the story progresses. Soon, it starts to grow in power rapidly and it has the potential to draw Jarlaxle and Artemis into a huge web of treachery and hunger for power from which it will seem almost impossible to escape.

Promise of the Witch King

The story in this second book of The Sellswords trilogy tells you a story that continues after the events that take place in the first book with the characters Artemis Entreri and his companion Jarlaxle.

What happens in the first book and how it ends is totally up to you to find out as we certainly don’t want to be giving out too many major spoilers here and what you need to know for now is that these two are still together in this The Sellswords book and continue on with their adventures.

In the story that follows, Artemis Entreri and Jarlaxle are hired as mercenaries in the lands of Damara and Vaasa and they now work for two dragon sisters who ask of them to return some very valuable items that belonged to the great and powerful Witch King.

He was a feared lich who eventually fell to the power of King Gareth Dragonsbane and his allies. Very soon after their mission and journey begin, you will realize that their path ahead will definitely not be easy as there will be some foes and enemies who will be coming either after them or the artifact that they are returning.

A Deadly Journey Ahead

The next thing you find out in The Sellswords trilogy is that Artemis and Jarlaxle decide to join forces with a group of adventurers that is made up of some already familiar and powerful characters. This band of adventurers includes Commander Ellery, the legendary hero known as Mariabronne the Rover, the famous assassins Athrogate and Canthan, the half-elf warrior Calihye, and the half-orcs Arrayan and Olgerkhan.

This group of warriors decides to join forces and investigate the fortress facsimile. One very exciting event that is worth mentioning here that happens inside the fortress is what happens after a battle with some monsters.

Death of a Friend

Calihye’s close friend, Parissus, is killed when falling out of a wagon that was driven by Entreri and Calihye swears to kill Entreri for what has just happened. Entreri doesn’t take this lightly and after disarming her in the blink of an eye, tells her that he will kill her slowly and without a doubt if she tries anything like this again.

It’s safe to say that the thrilling parts of The Sellswords novels are just beginning to arrive as there will be many exciting obstacles to face in this fortress and you get to read about an adventure that involves a couple of warriors as they try to pass one deadly trap after another while working together. The rest of the story is up to you to discover and keep all of the excitement from finding out how the book ends all for yourself.

Road of the Patriarch

End of the Journey

This is the final volume of The Sellswords trilogy and the last book in our review and this is also the story in which you get to find out how this exciting adventure that human assassin Artemis Entreri and drow mercenary Jarlaxle have been on finally ends.

This book continues after the events of the previous two books and it has one more thrilling and exciting adventure to offer before this part of the Legend of Drizzt series is over.

You get to read about quite the interesting love affair that goes on between Artemis and Calihye only to find out that Calihye only wished to kill Artemis for believing that he was the one who killed her friend.

So, one night, while they are making love, Calihye tries to stab Artemis through the heart but her plan fails when the knife is stopped by a kinetic barrier on Artemis that was forged by Kimmuriel. While all of this goes on at Artemis’ part of the story, you get to read about some thrilling events over on Jarlaxle’s side as well.

Jarlaxle has managed to take control over Castle Perilous and is quickly attacked by an army that is led by King Gareth himself. Jarlaxle immediately surrenders and tells the king that he simply made an open bid for power against the king so that he can unite the people of Palischuk under Gareth’s banner. The Queen then wishes to execute Artemis and Jarlaxle for their doings but they are allowed to leave that place forever with the promise that they will never return again.

When Artemis and Jarlaxle leave, they are not the only ones who get out as the assassin Athrogate is sent with them, and now this group of three heads towards Memnon. Artemis decides to take a solo route from here and he finally gathered the courage to confront his demons back home in the city of his birth.

Entreri manages to discover a terrible truth that tells him that his home is in the grip of a terrible and corrupt high priest who plays with the people in many ways and one who forces them to pay indulgences in exchange for a promise that the people’s dead children will go to a pleasant afterlife.

Entreri also discovers that this high priest knew his mother intimately and that he even might be his biological father – imagine that! The rest of the story and what Entreri decides to do next is left for you to discover and reveal how the story will finally end. 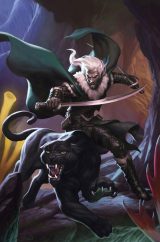 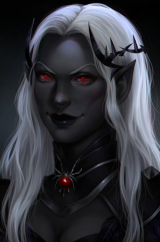 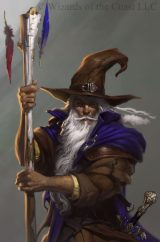