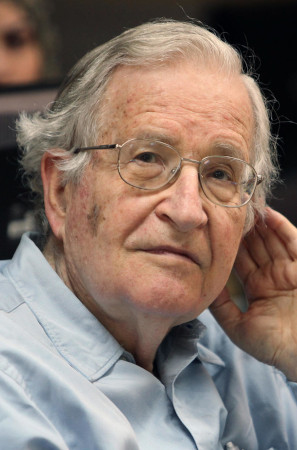 His work from the 1950s until today have worked wonders for and have revolutionized linguistics. Noam treats the idea of language as something that is idiosyncratic for mankind, a biologically-based cognitive capacity.

Noam was born into a middle-class Jewish family. Chomsky went to an experimental elementary school, where was heavily promoted that Noam develop his own interests, affinities and talents by way of self- learning. While only ten years old, Noam wrote an editorial for the newspaper of the school. In the editorial he spoke about and ruminated the fall of Barcelona in the Spanish Civil War and the subsequent rise of fascism in Europe.

The studies and research he devoted then and in the following several years were thorough enough to warrant their inclusion as the basis of Objectivity and Liberal Scholarship – the critical review of a study by fellow historian Gabriel Jackson – as a work of Noam Chomsky.

By way of the contributions made to linguistics, and fields like cognitive psychology, Chomsky aided the initialization and sustainment of the so-called cognitive revolution. Worldwide following and popularity was attributed to Chomsky’s figure as a political dissident for his analyses of the detrimental influence that economic elites have on domestic politics, foreign policy and the most general of cultures.

Hegemony or Survival was published in 2003 as a 300-page book dissecting the pernicious ambitions that the United States of America have for dominating the world stage. The book is, in clear juxtaposition to the themes expressed, very readable. It features a large collection of footnotes where nebulosi are concisely explained.

The book is a critique of the foreign policy taken up by the United States of America from the late 1950s, all the way to present day. Chomsky asserts that the attitude the U. S. had towards nations like Afghanistan and Iraq weren’t to be viewed as an answer to post-9/11 tensions.

More so, it was a clear progression of a consistent, unflinching policy. In this ‘imperial grand strategy’ engendered by the United States, Chomsky sees the attempts made to keep up the hegemony present by way of threats and intimidation.

In this wonderfully detailed, brilliantly thought-out analysis, Chomsky uses the literal definition of what terrorism is, and then argues that the foreign policy adopted by the U. S. is as clear an example of terrorism as can be thought of. He uses examples, like the tensions with Cuba, the war in Vietnam, and a large portion of the Middle East.

Many of the themes used in earlier, and then in later works of Chomsky are present in this book. Their reading would be, of course, a useful experience. Regardless, Hegemony or Survival remains as one of the best Noam Chomsky’s books.

In 2002, Understanding Power: The Indispensable Chomsky was released. Peter Mitchell and John Schoeffel assembled the greatest of thoughts, remarks and talks of Chomsky’s concerning the past, present and the future of power and politics pertaining to power.

The book is comprised of a set of insightful, diverse discussions, published right here for the first time. Chomsky, in the radical way he is wont to use, takes and examines the events that had occurred in the former three decades.

The topics covered were broad, on one hand the foreign policy during the war with Vietnam is analyzed, while on the other, the fall of welfare under the administration of Clinton is interpreted.

Affairs of the World

The format of the writing is, as always, presented in a very readable, conversational tone, as Chomsky attempts to uncover and elucidate any unknowns about the affairs of the world. The United States are at the forefront of issues, as Chomsky assumes them.

The imperialistic foreign policy engendered by America is something of connection, in the eyes of Chomsky, with the steep decay that social services have seen.

Additionally, Chomsky sets up a series of steps needed to be taken into account before any progression can be made for bettering and change. The book is an ample one for any Chomsky fan, most adequately for people that have heeded the words of Noam for years.

Media Control: The Spectacular Achievements of Propaganda is a classic by Chomsky, published in 2002. Barely a hundred pages, the book is one heavy with the ideas expressed, though they are served in a tone so easy to read that most readers will find it as insightful and engaging as any Chomsky book.

The book concerns itself with the propaganda that is spread during periods of war, the control and monopoly of opinions. Chomsky supposes that there are two separate models of democracy:

There is an examination of how the Creel Commission by Woodrow Wilson, in the words of Chomsky, ‘succeeded, within six months, in turning a pacifist population into a hysterical, war-mongering population’, then the war on Iraq and the policy of George Bush Sr. Chomsky identifies that media and public relations industries have been, and are, used as instruments of propaganda.

He notices that the media-consuming generation is a passive one. Unemancipated in a democratic sense, subtle, subliminal messages are utilized by media that bring about silent, yet violent transformations. From a single report of an uneventful event, media has a long-term benefit, influencing the manipulated in more ways than one.

Media Control is, in spite of its underwhelming length, one of the best Noam Chomsky’s books around, and an invariably brilliant effort by Noam to elucidate the cover over the eyes of a passive generation.

In Profit Over People: Neoliberalism and Global Order, published in 1998 and revised in 2011, Chomsky is tackling the notion and issue of neoliberalism. Neoliberalism is the pro-corporate set of socio-economic and political policies that are, as of this moment, causing a shape of class war around the globe.

With his astute examination of the contradictions between the democratic principles and the market principles that are promoted and then the ones that are actually in use, Chomsky has many critical words for the tyranny of the very few restricting the arena of the public.

This same tyrannical regime makes up policies that extremely and inexplicably increases private wealth, with no regard – and more often with disdain – for other social classes and with zero regard for ecological consequences which are sizeable.

Movement, Not the Market

In spite of the subject-matter, Noam remains hopeful that the social activists are able to regain the right of people to be viewed and treated as citizens and not as vacuous consumers; democracy is supposed to be a movement on the stage of the globe, not a market.

Reading one of Noam Chomsky’s best books, most gripping and interesting, can, at times, be disturbing. Not many authors are able to inform you of the status quo in the same eye-opening, yet distressing manner. Chomsky warns against those that flatter us and speak as if their interests are also ours, when in reality their interests are to see us uninterested.

Who Rules the World?

One of Chomsky’s most recent works, Who Rules the World? is an intellectual, striking surveying of the despairing scene playing out on the world’s stage. It was published in 2016.

Featuring one of the funniest, or eye-opening chapters ever present in a Chomsky book, Who Rules the World actually has a section devoted to the way that Chomsky, himself, digests and interprets an edition of the New York Times.

The frame of mind that Chomsky has is an interesting one, and the chapter helps with the understanding of just that. For instance, Chomsky views the publication as a house organ, useful for many things, but mostly as a guide to a conventional wisdom of the ruling institutions.

Chomsky views the news of today as a responsibility of privileged intellectuals – the ones that are conscious and aware of what is truly going on. The position of Noam isn’t among his patriotic peers, but with those that strive for a higher, more profound series of values.

The Republican Party and numerous presidential elects are present for a critique, but presidents like Clinton, Kennedy, Johnson and Obama aren’t missing: Chomsky spares no one in his interpretations. Previous works are often cited and mentioned, with some passages bearing a kind of prophetic quality.

Where some authors struggle to maintain their target audience as they grow older, Chomsky seems to only garner a larger one. It might be his intrinsic, trademark hopefulness and optimism that sway the hearts of the enlightened.

Noam Chomsky is an author with multitudes of works that can give insights to the things happening in the background. His works have been universally acclaimed for their informative, unaccommodating and accessible style. Other works that might interest readers are On Anarchism, Failed States and the especially loved 9-11. 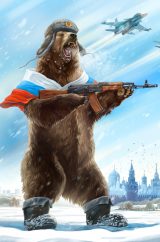 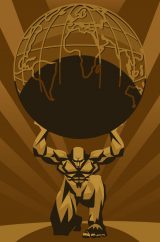 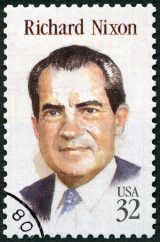