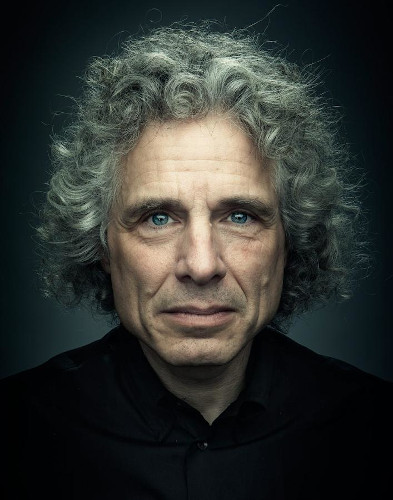 Steven Pinker is a Canadian experimental psychologist. His research focuses mainly on the areas of psycholinguistics, visual cognition and social relations. Born in 1954 to a Jewish family, he declares himself a staunch atheist.

Steven Pinker has a degree in psychology from the University of McGill, in Quebec, and obtained his Ph.D. from the prestigious American university of Harvard. He is a Johnstone Family Professor for their Department of Psychology, and has also taught at other prominent universities such as MIT and Stanford.

Amidst all his researching, teaching, and other intellectual pursuits, Steven Pinker has also managed to sit down and pen eight non-fictions books which make his findings and theories accessible to a wider audience.

His writing has been celebrated on both sides of the pond. The Canadian psychologist has been granted awards from the American Psychological Association, the Cognitive Neuroscience Society, the Royal Institution in London, and the American Humanist Association.

His collection of prizes not only manifest the quality of his writing, but also the somewhat eclectic nature of it. Although his earlier works center on very science-focused topics, his later works have a broader, more humanist scope to them. Keep reading to learn more about the top books by Steven Pinker.

Steven Pinker tackles the age-old debate of nature vs. nurture in The Blank Slate: The Modern Denial of Human Nature. The book’s title is based on one of the three pillars on which Pinker builds his theory of human nature. The Blank Slate belongs to some of the most popular Steven Pinker books.

Basically, he believes that for quite a while now, philosophers, artists, and even some scientists have bought into one (or more) of the three following ideas: The Blank Slate, the Noble Savage, or the Ghost in the Machine.

The first, that all human beings are a tabula rasa at birth, meaning they are a blank slate on which society, parents, culture (insert: anyone or anything else you might feel like blaming), etc. imprints data. You are basically an A4 sheet of white paper waiting to be fed into society’s printer.

The second, that all men are basically born good but then society makes us evil. And, finally, the third: everybody has a soul that lives within it but is somehow separate from it, so it has the ability to make decisions completely unbothered by biology.

In Blank Slate, Pinker resorts to evolutionary psychology to explain that, in fact, much of our human nature can be explained through evolution. Much like evolution has dictated with time that our appendix is useless, or that we should become one of the few furless mammal species, evolution can also modify the brain since it is, in essence, just another organ in our body.

Finalist for a Pulitzer prize, Steven Pinker’s 2002 best-seller argues for a definition and theory of human nature that is rooted in biology. Many people break out in hives at the notion, given that it has been used unwisely in the past to justify inhumane behavior (remember eugenics?), but Pinker is convinced it’s time these fears are overcome and modern society turns to science for the answers.

How the Mind Works

The secret to how the mind works is another classic mystery which this renowned psychologist and author has decided to try and demystify through science.

We’ve all probably asked ourselves (if you’re reading books in the field of psychology, it’s no stretch to imagine you’ve given this a thought or two) how on earth our mind works.

If only to know how to mute it or shut it off at night when we want to go to sleep. Steven Pinker has spent the better part of his life studying the mysterious 3-pound grey lump that sits at the top of our head and gives orders to the rest of the body from there.

The explanations Pinker gives trace back to evolutionary psychology, and by explaining how the brain has changed over time he clarifies how it sees light, how it retains facts, what humor is and other more serious topics, such as how the mind strives to decode the big philosophy questions.

Pinker is well known for his wit, and you might find yourself chuckling along to the parts of the book that provide information on the computational theory of the mind, which the Canadian agrees with.

How the Mind Works has received a long list of accolades – too long to list here! Nevertheless, we will state some: the book won the Los Angeles Times Book Prize; it became A New York Times Notable Book of the Year and was named Publishers Weekly Best Book of 1997.

As one of the world’s leading experts on the mind, and on language, Steven Pinker brings both topics together to explain how the mind processes language.

Answers to important questions such as what language is, how children learn it, how our mind codes and decodes it, etc. are provided in this book. One his first, and Steven Pinker’s best rated books, published in 1994, it will undoubtedly be interesting to anyone who is curious or works with language.

The expert’s main theories are based on the hypothesis that language is not man-made, but rather an instinct that we humans have developed. So, while writing is anthropogenic, for example, because not all cultures have it, grammar seems to be something that children – including deaf babies – intuitively pick up.

There is a clear influence of Chomsky’s famous universal grammar theory, although Pinker turns to evolutionary biology to explain our biggest biological advantage: language. Spiders may have their webs, and beavers can create dams, but we can YAP! Blab! Babble! Chinwag! So many options to choose from.

The book received the William James Book Prize from the American Psychological Association and the Public Interest Award from the Linguistics Society of America.

The Better Angels of Our Nature

Well… wouldn’t you know it, Pinker has an 800-page book for you chock-filled with data that proves that, ACTUALLY, violence has drastically declined in modern times. You read me right. We’re living in the Most Peaceful Times Ever. He cites five main reasons that, according to the Canadian, explain the drastic drop in violence.

The first would be the rise of the nation-state, since with it came the concentration and the monopoly of the use of force by the State. In modern speak, this means that we forfeit our right to go beat up the neighbor who’s stealing our Wi-Fi, and instead opt for the other route – the notorious “I will sue/I will report you”.

The second would be commerce. Because everyone now wants to trade with everyone else to have access to all kinds of goods, in Pinker’s words, the others are “more valuable alive than dead”. Heart- warming sentiments.

The third is Feminization. With data to support that most violent crimes are committed by males aged 15 to 30, the rise of women to positions of power has brought along with it a rather less combative approach to governance.

The fourth is Cosmopolitanism – and it refers to the advent of cities (not the cocktail). Increased literacy rates, greater access to education, etc. all appear to have a correlation with the descent of criminal activities.

Finally, what Pinker refers to as the “Escalator of Reason” which implies the “intensifying application of knowledge and rationality to human affairs”. What Pinker means here is that, thanks to our big brains, we can weigh the pros and cons of brutality, and supposedly decide that ain’t nobody got time for that.

The Better Angels of Our Nature is not an overly optimistic, wide-eyed approach to the fall of wars, homicides, child abduction, and similar disturbing events. It is a thesis built on a sturdy foundation of facts to argue that the four better angels of our nature – empathy, reason, self-control, morality – are getting the upper hand in today’s world.

What a Time to Be Alive

A follow up to The Better Angels of Our Nature, in Steven Pinker’s book Enlightenment Now the author explains why we should all be grateful and exclaiming: “What a time to be alive!” For we are living in the best period the history of mankind has ever experienced.

So, if after reading Better Angels you’re still not convinced that the world isn’t the terrible place the news wants us to believe it is, here’s a sort-of- sequel to finally drive the point home.

And what compels Pinker to make such a bold claim? There are the obvious reasons. Our life expectancy, for one. That we lead much healthier lives than our ancestors, who were plagued by all kinds of diseases and ailments. These are hardly controversial facts though, as no one will argue that living to blow out the candles on your 70th today is kind of a given, whereas it was considered a miracle only 150 years ago.

Pinker’s aim in this book it to delve into the reasons behind this astounding progress. Who or what should we thank? Armed with his deluge of statistical data and evidence, he points to rationalism and humanism – and science, obviously – the intellectual trends that started budding and taking root in Europe in the 17th and 18th century. On the flip side, Enlightenment’s antithetical estranged cousins, ignorance and irrationality, are to blame for many of the evils that assail the modern world.

If you are a scientific enthusiast or even an aficionado, you are surely to find the Steven Pinker books inspiring and educational. As a trained scientist, he always delivers a hefty helping of data to underscore any claims he makes, but manages to package the rigorous information in a light and humorous way that has won him many an accolade and many a fan. 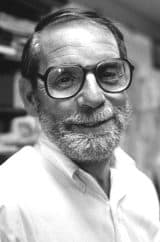 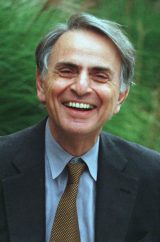 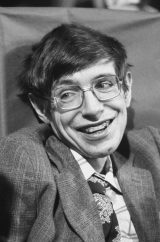