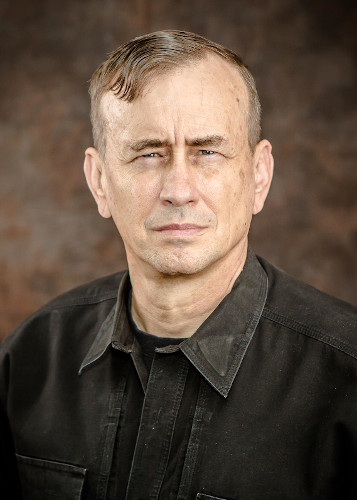 David Allen Grossman was born on the 23rd of August, in the year of 1956, in Frankfurt, Germany. Grossman is an American writer and author, specializing in the psychological studies, most notably the one concerning the psychology of murder.

David graduated from the Ranger School. At West Point, David went on to start his career as a professor of psychology. In February of 1998, David formally retired from the military as a professor of military science at the Arkansas State University. He has been an expert witness in several state and federal court cases, even going so far as to be on the prosecution team of the well-known case of – United States vs. Timothy McVeigh. As such, we will now take a look at what the best Dave Grossman books, in fact, are.

On Killing: The Psychological Cost of Learning to Kill in War and Society

Grossman’s On Killing was published in 1995. It, upon its publication, was hailed as a landmark of the psychology of murder in the battlefields. It is one of the best-selling books by Grossman.

It’s an encouraging fact that the vast majority of soldiers aren’t inclined to killing. However, the armies of the world have created methods on how to surmount this innately human disinclination.

Not only the army, though, is to be held as responsible for the making up of these new methods: contemporary society and media, too, are to blame. This is one of the most important points in the book, and Dave succeeds in hammering it home quite nicely. That’s why it is considered one of Dave Grossman’s best books by many.

How Can You Teach That?

If one is intrigued or bears any kind of interest about how people are exactly taught or conditioned to kill, then how they behave after said conditioning is completed, then On Killing is the number one read for you. Something that Dave holds steadfast is the opinion that we, as humans, don’t think fondly of impaling others on a lengthy, pointy instrument.

The instrument that Dave speaks about is a bayonet. Dave reveals that the average human will always choose to cut or gash someone than stab through them with a ridiculously long spear. If one is intrigued by such facts, Dave tells us that, as soldiers, they are taught that the most efficient way to kill someone is to stab them, via bayonet, in the kidney from the rear. The person will be rendered inert and mute.

Dave also tells us that the idea of killing someone when you’re in their general proximity is a daunting prospect. As such, dropping a bomb on an arbitrary city or township is easier than pointing a gun to someone’s head and pulling the trigger. An extensively fascinating read, On Killing, is a brilliant book. Everyone should take up reading it. After all, it’s not unfound that we picked it to be on our list of the top Dave Grossman books.

On Combat: The Psychology and Physiology of Deadly Conflict in War and in Peace

On Combat by Grossman was published in 2004 and is a treat and a half. Grossman in On Combat tackles the subject matter of what happens to the human body – and, more acutely, the brain – when one is under the terrible stresses of a deadly bout.

How does one’s breathing, heart, perception, nervous system, and even memory, deal with the prospect of being killed or being the killer? Grossman takes a look at how combat between humans has progressed over the years, and how the weight of such activities hangs over the quintessential soldier. This is one of Grossman’s books ranked as the best-selling, so make sure to check it out.

Early into this one of the most popular books by Dave Grossman, he tells the readers that, in his own experience, he has met and duly categorized people into three distinct categories – wolves, sheep, and sheepdogs.

The wolves are the predators of the sheep, the sheep are protected by the sheepdog and are the victims of the wolves, while the sheepdogs keep the predator from being as cruel as it would prefer. The vast majority of sheep are unable to cope with the idea of sheepdogs, but they still are happy that they exist when a pack of wolves comes strolling by.

Grossman does a superb job at giving quality commentary and insight into the psychology of being a warrior, how it is that men and women, alike, deal with the fearful experiences of war, and such. A few words are spared, also, for the mass shootings that have plagued the US for quite some time now. Grossman’s words penetrate even lead. A true runner-up for the best-rated Dave Grossman books, in our opinion.

Grossman’s fiction writing comes to full fruition in his short series – short as in only two books – Two-SpaceWar. It is comprised of The Two-Space War and The Guns of Two-Space. The former was published in 2005, while the latter was in 2007.

While this is an attempt at fiction writing – a very successful one –, Dave’s psychological insights into the faculty of killing are still as present as in any of our other entries. It is one of the best Dave Grossman series.

The story of the series is set around six-hundred years into the far future, with mankind learning to maneuver and move about the stars. With humanity thrusting itself into the depths of the cosmos, other words are found. The plot is genuinely an odd one, being a conglomerate of fantasy and science fiction.

As enticing a read as any of Dave’s. Words can’t really describe or do justice to the stories, as all of them, for example, tactics that are employed are grounded in reality, while maintaining the exciting air about them. The psyche described for the characters is a truthful one, showing us glimpses of soldiers on the frontline of battles. This book truly deserves its place in our Grossman book reviews.

The Guns of Two-Space

The second book adds on the loops that the first left and ramps up the intensity to a hundred. The characters, in both books, leave us wanting more. We see them in the heat of battles, then in the mundanities of their everyday life, then in their family life, so that we see them grow evermore.

Two other books that Grossman has written which might arouse the interest in readers are Assassination Generation: Video Games, Aggression, and the Psychology of Killing. A truly great writing, one of the best Dave Grossman books.