This science fiction novel by American author Philip K. Dick tells a story that happens in a post-apocalyptic world and it’s the first volume of his cyberpunk Blade Runner book series.

The damage to this world in which you get to meet the fascinating characters from our book review of Do Androids Dream of Electric Sheep? has been done by a horrible nuclear war that occurred on a global scale. The story by Philip Dick was such a huge success that it inspired a few sequels and the famous movie Blade Runner in 1982 and then it was also the source for the plot of the movie Blade Runner 2049.

The events that take place in this science fiction novel are after a catastrophic nuclear war called World War Terminus has destroyed a lot and the results from it have left a polluted world in which it’s hard to survive. Initiatives have been taken to move mass colonies of people to other worlds and this comes with everyone’s own android servant and assistant.

These androids are identical lookalikes as humans and it’s very hard to tell them apart just by looking at them. These androids are manufactures on Mars but the more exciting events of the story appear when a bunch of them turn rogue and don’t act along with their programing, leaving mars and heading to Earth in hopes that they won’t be found and reprogrammed.

Bounty hunter officers are then dispatched to be on the lookout for these androids and are tasked with taking them down one by one as they are proving dangerous for anyone who wishes them harm.

This leads to the introduction of Rick Deckard, the main character and protagonist of the story. He is a bounty hunter for the San Francisco Police Department who has a mission to located and kill six androids, highly intelligent ones originating from the Nexus 6 model. This means that his mission won’t be among the easiest ones as this type of android can very well think for itself and see a lot of things coming.

The tricky parts start coming in when Deckard finds out that this Nexus 6 model android has extremely realistic behaviors and that a test of some kind has shown that the police have actually been killing actual human beings thinking that they were androids. Deckard meets an android character, Rachel Rosen, who no one knew that she was one of the Nexus 6 models at first, but then she admits it.

He seems to be the only one who gets it right between who is a human and who is an android. Deckard finds another one in his search, Soviet police contact who is actually an android in disguise so he terminates him. We don’t want to give out too many spoilers in this book review of Do Androids Dream of Electric Sheep? but something has to be sacrificed if you are to understand what to expect from this very thrilling story.

So far, Deckard has located three of the six androids he was tasked with killing and has only destroyed two. The one he met first, Rachel, will have another part to play in the story later. The characters you get to meet in this novel are quite interesting ones as they slowly reveal themselves as you read the book further.

Deckard’s intentions for hunting them are a bit of a downer actually as he only wants the bounty money so that he can buy a real-life animal. In his world, the post-apocalyptic one, owning a live animal is one of the biggest luxuries you can have as the world is barely surviving as it is. People can somewhat satisfy their needs by owning cyber-pets, Deckard himself has a black electric sheep.

We won’t spoil if he gets the bounty money and finally fulfills his dream of owning a real animal, you can keep all of the excitement from that for yourself as you read further. Aside from that, the events that are happening during the story are serious and thrilling ones as Deckard visits many places that are super strange and scary and the suspense and mystery within the story are two of the most attractive parts of it.

You will find that Deckard himself will rethink why he is doing all of this and what is the meaning of everything, he will question whether he is a human or an android because there is almost no difference between the two.

Androids can believe that they are humans by implanted memories within themselves so the only way, and not the surest one, is by taking an empathy test which can reveal whether you are a real human or an android.

The adventure of finding the last 3 Nexus 6 model androids will be all yours as you can find out what happens as the story progresses. One thing we can mention is that Deckard will be going after them and you can find out how that goes.

There is Something Special About Rachel Rosen

You will get to read about the android Rachel Rosen again as she gets quite involved in Deckard’s life, but how she gets involved and what she does will be up to you to find out. This story fits into one of the best cyberpunks books ever as these androids can prove quite dangerous if not taken care of on time.

Give It a Shot

The story of the Blade Runner book series is not over as there are other books in there that take the story further. If you enjoyed what you read in our Do Androids Dream of Electric Sheep? book review, then you might consider giving the first book of the Blade Runner book series a try as the story is a unique one and the characters are memorable and fascinating as well. 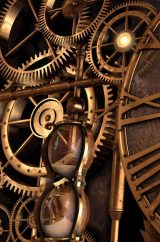 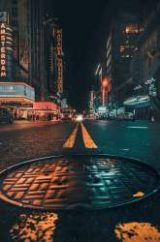 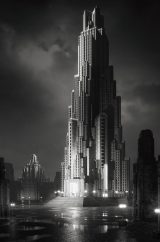