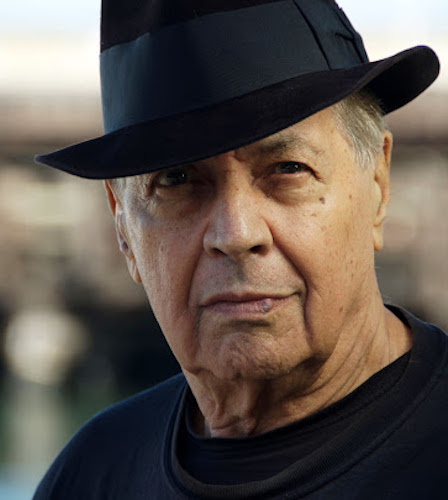 Frank Lauria was born on the 26th of October, 1935, in Brooklyn, New York, United States of America. Frank is a well-known American author, published poet, songwriter. Additionally, he has worked extensively in the publishing industry as an editor and copywriter.

Frank acquired his Bachelor’s degree from Manhattan College. Lauria started writing during the 1970s, and has been going strong since. Currently, the Lauria’s work extends through many published poems, a number of magazine articles, and about twenty-two novels.

Lauria has gone on long journeys, from the Northern parts of Africa to the Middle East, though he now lives in San Francisco. There, Lauria teaches creative writing. A little-known fact is that he also enjoys performing along with the rap band that he founded, Uncle Frank and the Co-Defendants. With all of that said, we can now go on to take a look at the best books by Frank Lauria.

The Doctor Orient series from Frank Lauria is the only series that the author has published, as of yet. It is compiled of a total of seven books, and they are the following:

The years were the 1970s and writings of mystical and occult things were very common. Occult detectives – not as in a genuine detective, a la Police Investigator – have been present in the history of humanity for the better part of 150 years, now. A certain example of a modern Occult investigator is Fox Mulder and Scully from the X-Files, just to put some context.

Doctor Orient, the first book, is a subcategory of the Occult Detective books, wherein the investigator rarely leaves the home. Unlike the kind of stigma present in our time, occult does not immediately mean devil-worshiping, Baphomet-drawing, or self-mutilation. The occult in this book are a group of students that have innate psychic or psionic capabilities.

Claude Levi is a dentist and part-time hypnotist. Hap Prentice plays baseball and reads minds. For one, the cast is a very broad-ranging one, and a big step up from what most ‘70s horror books often did. Worth-mentioning is that the story does require the reader to have a bit of a stomach for the gross and the repugnant.

The enemy of the occult group is Susej, a Satanic cult leader. Susej also has powers quite like the occult group, though he grows his via sacrificing humans. And in spite of their differences, the group comes together against Susej.

Frank Lauria’s Pitch Black: Fight Evil with Evil is a standalone novel. It features a character from a popular 2000s series of movies centered around Riddick. The book was published in the year of 2004. There was a sequel released to the book, though it was written by another, entirely different author.

We learn of a comet, a rogue one, that goes through a commercial spaceship which was headed for Earth, itself. The spacecraft is forced to crash land on an obscure, unknown planet.

The captain of the craft, it so happens, did not survive, so a bold pilot opted to do the crash landing, himself. In a bit of time, they learn that the planet is not as hostile as projected initially. In fact, it is similar to Earth, barring a bit of oxygen deficiency. Also, it has three suns thus it is always day outside.

On their investigations, though, they come upon a settlement brimming with the remains of human geologists that vanished ominously 60 years ago, to the date. It does not take long for them to notice that beneath the ground they trod lurk beasts, extremely hungry, in the darkness.

It is revealed that once in each sixty-year interval there comes up a solar eclipse which darkens the skies of the planet so that the lustful, horrific beasts can spend some of their time on the surface. Mere hours are left until night falls, and the group must band together if they want to survive what lurks close by. This is, without a doubt, one of the best Frank Lauria books.

Dark City is a standalone novelization from the veteran writer Frank Lauria. It was published in the year of 1998, the same year that the aptly-titled movie came out.

For fans of the movie, the book is a genuinely brilliant accompaniment that stretches the yarn even further than the movie did. Unlike the movie, which is oftentimes overly action-packed, the book is subtler and more contained. As such, it is perhaps one of the best books by Frank Lauria.

John Murdoch is a special man of whom little is known. For example, the police, whose job is to keep tabs on individuals like Murdoch, do not know anything about him save that he lives in that particular address, that John is his name, Murdoch his surname.

They also have a bunch of evidence of a few mutilated corpses belonging to women, and they believe that Murdoch was the one that did the deed to the lot. Knowing so little of Murdoch, they would probably be much better off if they knew one little thing and that is that Murdoch is their only chance at making it through. Thus, we enter into the Dark City.

The Dark City is a unlike any other. Time does not move in the way that one is used to: it ceases at one point and, without apparent reasoning, starts at another. Anything that one thinks he remembers might just be an illusion. Nothing is true. Nothing is a lie. The light in this city is no longer here.

As such, Murdoch is the only one that can snuff out the darkness and bring back the light to this tenebrous, nightly city. End of Days, Communion, and Alice Sweet Alice are a few other books from Lauria’s wild imagination that are sure to have readers on the edges of their seats.