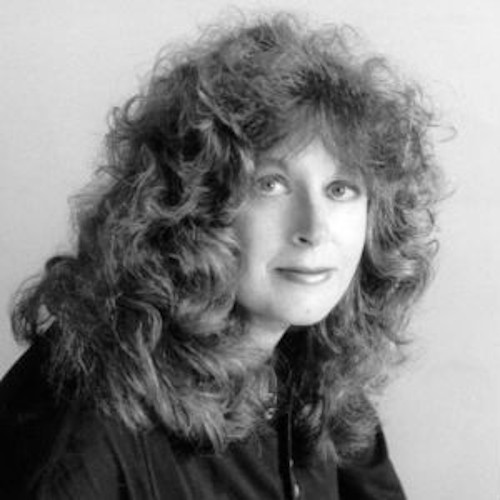 Pamela Sargent was born on the 20th of March, 1948, in Ithaca, New York, United States of America. Pamela Sargent is an American science fiction author, editor, and a prominent feminist.

In her lustrous writing career, Pamela has been nominated for several awards and has actually won a Nebula Award for Best Novelette. Her series of books that focus on the terraforming of the planet of Venus is oftentimes compared or associated with Kim S. Robinson’s ‘Mars’ trilogy, though Sargent’s series actually predates the latter’s trilogy.

Pamela was born in Ithaca, New York, where she was raised by her parents as an atheist. Pamela went to the State University of New York at Binghamton, where she subsequently attained her master’s degree in the subject of philosophy. At the present moment, Pamela resides in Albany, New York. We will now be taking a look at what the best books by Pamela Sargent actually are.

The Shore of Women

Sargent’s standalone novel, The Shore of Women, was published in 1986. When one thinks of Pamela Sargent and feminism, the first book that comes to mind is this one. It is probably the quintessential classic feminist sci-fi novel.

We are transported into a dystopian, post-apocalyptic world where the women live and rule in technologically advanced enclaves, while the men are thrown out in the wilderness to live in the bygone hunter-gatherer groups.

The men are even encouraged to bow down to and worship the female Goddess. They are only summoned to and permitted to enter the enclaves when their genetic material is required. Accordingly, the newborn boys are sent to the wilderness, while the little girls stay in the enclaves.

The story delves into the subversion of traditional roles between the two sexes and the power-holding positions. It is an investigation or a prodding into how things would become different if women were on the top. The premise, itself, is an extremely interesting one.

Sargent’s storytelling abilities are in full effect in this book. The narrator is someone in the story, but the reader isn’t aware of who that person is until the very end. This is similar to Camus’ The Plague, as it is only towards the very finale that we learn that Rieux is the narrator. In both cases, the story’s power is heightened all the more.

The characters are very relatable, similar to ones that the reader has surely met. A common misunderstanding about this book is that what makes it feministic is the fact that women are subjugating the men – we know this is a mistake.

What makes the book feministic is the fact that women are shown to be in power. It shows that women, just like men, are capable of committing heinous and atrocious crimes. As such, we can say that The Shore of Women is one of Pamela Sargent’s best books.

Pamela Sargent’s series, Women of Wonder, is comprised of a total five books. The order of the books is:

The series’ focus on the science fiction stories that were written from women. Two of the books have focused timeframes, namely up until the 1970s and after the 1970s. All of the books begin with a brief introduction from Sargent and, then, we see the stories from various authors conveyed in a wholly anthological manner.

The books provide a highly fascinating look into the sci-fi writing of women during the so-called golden age of science fiction. Since Sargent is praising feminist sci-fi stories, the only ones presented in the story are women, though if one utilized a male pen name (as was common), they can be counted in. All of the stories are brilliant. Standouts from the very first book are the following – When It Changed, Deep in Irons, and The Heat Death of the Universe.

The lattermost book, for instance, is narrated to us in alternating sections. We learn of the scientific facts concerning the particular universal event and we learn of the protagonist, Sarah. Sarah has given up on a career in physics so as to become a housewife and care for her children, though she can’t quite remember how many kids she actually has. The story is both funny and unnerving; Sarah’s change goes from humorous modifications to her attitude to a wholly bizarre person bordering on the unhinged.

Sargent’s series that spanned through more than two decades, the Seed Series, is comprised of three books. The books, by date of publication, are:

The first book, Earthseed, sees a group of children on a spaceship, a highly advanced one – it’s even sentient. They children have been raised so as to help colonize a novel planet. Most of their respective lives have been spent relying on the ship, but the time has come for them to test their own capabilities in the ‘wild’. Zoheret along with her companions are taking the culture of mankind beyond the farthest stars.

The books, as we should mention, are meant young adult novels. With that said, they do have a lot of exhilarating, tense action: rescues, fights that occur in the dead of night, and generally everything that might be expected from the colonization of a planet. Twists follow and make the story even more worthwhile. For young readers, the Seed series might be what they think when someone mentions Pamela Sargent’s best books.

One of the most famous series that comes from the talented quill of Pamela Sargent is her Venus series. It boasts a total of three books, which are the following:

It seems that Sargent has quite the knack for writing sequels to books after a significant amount of time has passed since. The main character of the first two books is Iris Angharad. The world, however, where Iris lives is a dystopian one.

While the world has progressed sufficiently, even allowing for travel through space, the planet itself has decayed, with people worrying about future generations. Enter: The Project. The Project, at hand, is, in essence, a scheme by the Earth’s controllers so as to gain even more monetary advantage, though it doesn’t look like their plans will be at the forefront for long.

The Project is actually an attempt being made so as to terraform Venus. While most dystopian book characters fall flat because of the deprived conditions of their respective worlds, the reader finds himself actively rooting for Iris. She grows, unlike other dystopian characters that do a couple 180, progressively, learning and attaining wisdom from her shortcoming and faults.

The third book, however, sees Mahala Liangharad, the granddaughter of Iris. The Project still isn’t a wrap and Mahala is continuing the work that her grandmother began.

The third might actually possess the most sci-fi elements, as, for instance, Mahala goes to a future Venus – one set 1,200 years into the future –, but she only ages about thirty years prior to her return. It is clear by the way that Sargent wrote these books, especially the final one, that she genuinely cared for the characters.

Another trilogy from the hands of Sargent, the Watchstar series is one of the author’s most striking. The books that comprise it are:

Our main character is fourteen-year-old Daiya. The society in which Daiya lives is a dual one – it is both telekinetic and telepathic, both agrarian and insular. The adults in the society speak via telepathy, are capable of self-healing with their innate psychic powers, can telekinetically lift things, and much more.

This is just the way that the society is; Sargent doesn’t sensationalize this as if it’s something out of the ordinary, because, for them, it genuinely isn’t. They don’t use written language as they are part of a collective psyche through which all knowledge is passed on.

However, there are some children that are born without the psychic abilities – solitaries. As such, they are euthanized quite soon after their relative birth, as they’d bring on a disharmony in society – the elders say. No one even objects to this since the primary thing everyone cares about is the harmony of society.

Daiya learns that the people once lived in a techno-world, though a chance miracle allowed them to transcend to the level of psychic communication. Many became deranged, tearing themselves apart, or hurting those that weren’t apt for telepathy.

The so-called enlightened psychics annihilated everyone that wasn’t akin of themselves, level the city, splitting off people into smaller section so as to keep humanity intact. This, however, isn’t the whole story.

We do learn of what happened exactly and the truth is more harrowing than one can imagine. Truly some of the best books by Pamela Sargent. Heart of the Sun is another Sargent book that will, doubtless, amuse the genre lovers.