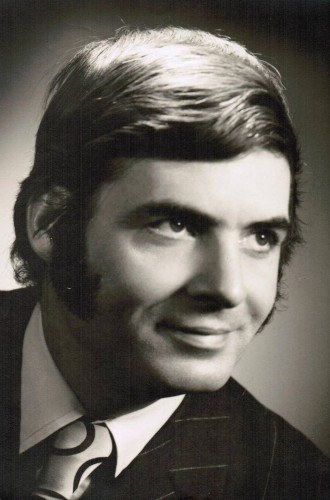 For the intrigued, interested reader, however, Albano left a lofty bibliography and a lot of books that have awed generations past, and will awe generations that are to come. With all that said, now, we can take a look at what the best books by Peter Albano actually are.

The Seventh Carrier is the most famous, most well-known, and beloved series that has come from the talented Peter Albano. The series is comprised of a total eleven books. They, by date of publication, are the following:

The year is 1983, and it is the first of December. Ted, nicknamed Trigger, Ross is a World War 2 hero. A long time has passed since the terrible war, but now Trigger is on a steamer named Sparta, going through the Bering Sea.

However, the mundanities of the everyday sea life are cut short when, from out of nowhere, comes a Japanese aircraft, a Zeros. What’s odd about this aircraft is the fact that it is was used a long time ago, during the second World War. Now, nearly forty years after the damnable war found its end, the Yonaga, the Japanese carrier, is going straight for the Sparta.

The attack is a mighty, fiendish one. The Sparta is unrecognizable from all the carnage and the horrible bloodbath. Most of the Sparta’s crew is no longer alive. As if only flipping a single switch, Trigger is sent from a kind of tranquility and calmness, back four decades to the depravities and terrors of war. Trigger is captured by the crew of the Yonaga.

The crew of the Yonaga have explicit orders to do nothing less than attack Pearl Harbor. As the orders haven’t been revoked or taken back, they are keen and extremely eager on accomplishing what was asked of them. Sooner than he could ever have expected, Trigger is on course for his homeland.

He uses everything that he has learned, anything in fact that he might know, so as to talk some sense to the crew, to avert the certain disaster that is to follow if they continue headlong on their devastating course for Pearl Harbor. The American authorities, however, are absolutely confused because of multiple attacks that have been carried out by this same Zeros ship. They attempt to find the answer for the attacks, especially in a time of general peace.

The son of Trigger, Brent Ross, has a deep belief that his father is lost at sea. Brent has heard many stories of some Japanese quote, unquote, holdouts, that even after years and years that the wars have been finished, they will resurface and cause carnage. Brent thinks that this is precisely what is happening, but who will listen to him?

After all, the very thought that a group has survived for decades without knowing that the Nazis were defeated and that peace is the status quo, is a ludicrous one. However, Brent is right on the dot with his presumption. The sad part is that the authorities aren’t keen on listening to something as unfeasible as what Brent asserts.

While that is going on, the authorities seeking their answers, Brent trying to find more information on the matter to support his theory, the Yonaga is inching closer to Pearl Harbor. The attack on Pearl Harbor that took place during the day of December, the 7th, 1941, was carried out by a total of six carriers. It seems that the seventh carrier has come to finish what his coevals started. However, unlike forty years ago, Pearl Harbor is by no means prepared to defend against such a dastardly attack.

Peter Albano does a superb job at setting up the stakes, making the atmosphere always a tense one. One feels dread at turning the pages, but also a weird kind of zest at doing so. Only Albano and a few other authors can accomplish such a feat.

These are, by and large, the best Peter Albano books. Waves of Glory and Tides of Valor, are two other books that Peter Albano wrote, which are sure to make readers fall in love with them.