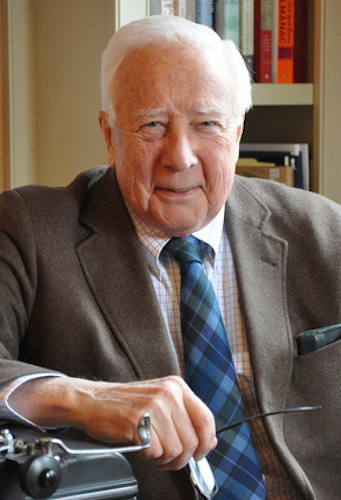 David McCullough, with full name David Gaub McCullough, was born on the 7th of July, 1933, in Pittsburgh, Pennsylvania. David is an American historian. The biographies that he had written and published were marked by extensive research, and were received with praise from critics and thus became very popular.

McCullough, in the year of 1955, acquired his Bachelor’s degree from Yale University, in the subject of English literature. Post-graduation, David travelled to New York City, taking a job at Time-Life’s Sports Illustrated magazine. In 1961, David moved once more, this time to Washington, D.C. and took up a job with the United States Information Agency.

That post was left in 1963, and David began working as an editor for the American Heritage Publishing Company. During this time, having already began, David continued working on The Johnstown Flood. The subsequent success of the book encouraged David to up and quit his job in 1970, as he began working as a full-time writer.

During his career, McCullough has received two Pulitzer awards, two National Book Awards, along with two Francis Parkman Prizes. The 1995 Charles Frankel Prize of the National Endowment for the Humanities and the 2006 Presidential Medal of Freedom were other awards that found their way to David’s collection. David’s work is very loved and as such, we think that it is high-time that we took a look at what the best David McCullough books actually are.

John Adams was published in 2001 by historian McCullough. It features an intimidating 750 pages, but there is scarcely a paragraph or even word wasted in this brilliant, meaningful work.

The ever ambitious and aspiring John Adams might not have been as outgoing in the assuming of a leader’s role during the period of the turbulent, tempestuous period of the American Revolution.

With that said, his cheeks didn’t color an embarrassed or shy hue when he needed to take up the necessary position, in fact, he took up sizeable and plentiful risks for the cause of the rebellion. Admirable, fearless and bold Adams doesn’t only prove a devoted leader, but also a loyal and proud husband to wife Abigail.

On the other hand, McCullough didn’t do any favors to the perceived image of Thomas Jefferson; the picture painted is one of a lazy, lethargic attitudes that had been adopted by Jefferson, perpetually in trouble.

In spite of the less-than-flattering Jefferson, and their battles on the political stage, both of them shared a common adoration for books, for acquiring knowledge and the idealism concerning the revolution. While Adams is at the center of this work, Jefferson is featured so prominently that the book acquires a biographical air about it for Jefferson.

The book is a grand one, making the life and work of the great John Adams gain a secondary significance as he praises the leader’s disposition and character. Likely David McCullough’s best book.

1776 is a 2005 release by grand historian and biographer David McCullough. The book consists of barely half the length of the previous entry, though the substance and depths of the literary effort are not lost in the slightest.

McCullough maintains the traditional, old-fashion penchant and adoration he has for the leaders’ tradition, which while doesn’t always guarantee complete shrewdness and insightfulness, does, however, hold the quality needed to make a truly great book.

With that all noted, the reader is highly encouraged to hit the history books prior to beginning this heavy, dense account and story. McCullough isn’t concerning himself with the story of the American Revolution, nor of the War of Independence.

In fact, by the start of the book, the battle of Bunker Hill – 1775 – had already been finished. A group of British soldiers are locked up somewhere in Boston by a small army, an army that doesn’t have the least bit of gunpowder.

McCullough takes up different themes that had been holding back the generations of yore. For instance, he examines how New Englanders wouldn’t wash their clothes as that was the job of a woman, not of a man. This resulted in the decrepitude that was their clothes to decay and rot.

Beautiful beyond description, 1776 acts as a story of wonderful, interesting characters and satisfies any reader looking for a bit of time-travel, but without the hassle of lost time.

Truman is a 1992 biography of the eminent and infinitely important United States president Harry S. Truman. Though the size might resemble that of a loose, lengthy behemoth, the biography itself is a spellbinding, engaging and all-around enthralling piece of literary efforts.

Harry S. Truman is most known for his allowing and ordering of the dropping of the atomic bombs in Japan. Aside from that, the Marshall Plan’s initiation, helped in the creation of NATO and the Berlin Airlift, desegregation of armed forces, helped and proceeded with the establishment of the Central Intelligence Agency, sent United States forces to the territory of Korea.

Truman, himself, was a plain-spoken, ordinary man from Missouri. Prior to becoming the president, Truman was often at odds against overwhelming and intimidating forces; he was a failed farmer and a captain during the first World War that kept his unit intact even during period of hell-fire.

The narrative quickly gains speed, and we see how the life of Truman progressed and went following his becoming the president after Roosevelt met his demise. McCullough goes deep in his attempt to illustrate the truth, which was that Truman was a stand-up person, with a clear mind, and a politician that wasn’t willing to deceive, commit subterfuge or cower at the face of intimidation.

Descriptive and brimming with interesting details to the point of overflowing, Truman is the quintessential politician’s biography.

The Wright Brothers is an endlessly intriguing, meticulously detailed and fine work. Released only five years ago, McCullough hasn’t lost any steam even after having written in three different decades.

The author’s prowess and will know no bound – and so did the Wright Brothers as they set off for an unbound trip cutting the air at perfect angle and changing history.

It only makes sense for the undisputed king of biographies and award-winning historian to write the passionate biography of the two Ohio brothers.

The narrative picks up with the brief, though vibrant story of the things going on in the Wright household – long story, short: it wasn’t the brightest childhood you can imagine. The mother had fallen sick and died from a vicious case of tuberculosis. The father was scarcely at home, so that the three children – the two brothers and sister Katharine – had to keep the home in prime condition.

The genius and virtuoso-like ideas and aspirations that the brother had had been present since their youth. First in a print shop, and then, subsequently, in a bicycle shop. Full of interesting tidbits, rarely-known experiences and stories from their youth and older years, The Wright Brothers is a book of immense meaning.

The author writes with a distinct style, making each word gain deeper meaning in context of the subject-matter. In more ways than one, The Wright Brothers is an engrossing, captivating tale of history-altering proportions. The best biography of its kind, by a wide margin.

The 2011 entry to David McCullough’s best books section, The Greater Journey, is a brilliant and extensively researched study of how time spent in the city of Paris acted as lighter fluid for the fire that burned and acted as vibrant energy for whole generations of genius, most particularly American genius.

The Greater Journey bears a story of aweing, inspiring, and until the release of this book, unmentioned stories of willing, ambitious Americans that set out for Paris. They were doctors, architects, writers and artists, and they went during the period between 1830 and 1900, eager and keen on the accomplishment of their goals and aspirations.

Worth mentioning is that at the head of McCullough’s biography aren’t just the aforementioned Americans, but also the lively, bustling and thriving city of Paris. The entrancing, magical prose that McCullough writes masterfully so as to portray the spellbinding aura of Paris might be the most powerful point in the descriptive, rich work. The heart of the reader often yearns for a sojourn in the French heaven.

Each of the ambitious men and women are dutifully granted a studious and insightful biography that helps understand what their efforts stemmed from, what they wanted to accomplish and how, in fact, such a feat was come by.

Notable figures that found themselves aglitter by the spotlight of McCullough’s penmanship were Ralph Waldo Emerson, Henry James, Mary Cassatt, Harriet Beecher Stowe, among others.

The oddest book that McCullough has put out. While others always have America as a focus, this one steps outside of its comfort zone and delivers exceptionally. Fans are always torn about which McCullough book is the best, but this one does frequent the narrower lists, more often than not.

Other discerning, profound works that have awed and impressed readers for generations now are The Johnstown Flood, The Great Bridge and The Pioneers. 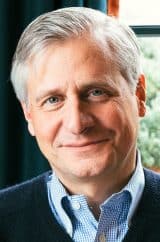 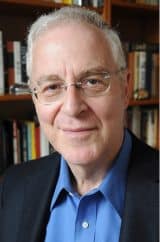 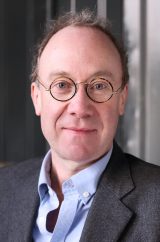 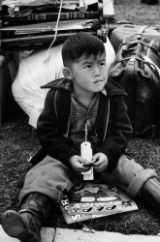 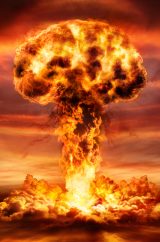