John Norman’s popular long-lasting Gorean Saga is here again with the 33rd book of the epic Gor series that holds over 35 books that have been written during a period of almost 60 years. If you want to find out more, start with the first book of the series, Tarnsman of Gor.

John Norman has managed to come up with such an epic fantasy and science fiction story mix that have sold millions of copies worldwide and acquired many, many fans. You will definitely see why people adore the Gor books so much after and why the story is so addictive as well as why people can’t wait to get the next book after finishing one.

The story will be more easier to understand after you have read a previous book from the series, called Mariners of Gor. This novel talks about something that was considered to be just a myth and a legend ship that actually turned out to be real, Tersites.

You read about the amazing voyage that the same ship started, all of the dangers the ship and the crew themselves faced, both from the unknown, dangerous, and vast waters. Scary and weird mysteries were in front of the characters as they would test them upon their arrival at World’s End.

This mysterious place from the previous novel of Gor books called World’s End was then an unknown and uncharted location of a few islands that held truly wondrous mysteries. But now, as the Gorean Saga continues, World’s End is a familiar place to many. It is a highly desired territory for two technologically advanced species that hold great power for destruction.

One of the mentioned species are the Kurii, they are a predatory race that lives in a very imperialistic system but are true savages and killers. They do not let anything or anyone stand in the way of what they truly desire. The other species are the Priest-Kings, known in the book as the Gods of Gor, they are a truly secretive and mysterious race that do not show their intentions immediately.

Now, these once unfamiliar and treacherous islands at World’s End present a gaming board that these two species fight over to see who will be declared the victor and obtain the territory. This battle is not only affecting them but also the whole fate of Gor and maybe it will even reach the fate of the entire Earth as well.

From what you can see from this article about one of the Gor books, this battle might look like just a battle for territory, but only a few in the book will grasp the true nature of this fight that will determine a huge outcome. John Norman’s Rebels of Gor novel is without a doubt an amazing novel worth picking up. 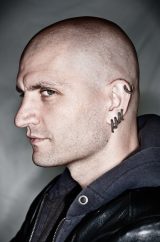