Any reader who loves reading great and thrilling stories of adventures, stories of epic fantasy worlds, brilliant and mysterious characters, and things like that will definitely love these books we are about to show you in this best dragon book series review.

They have all of those things we mentioned and on top of that there are dragons involved, amazing, huge, and fierce creatures which are here to make the stories all the more interesting.

The Seraphina series is a wonderful young adult dragon adventure that is told in two main books but this series also has another book, a prequel to the whole story which is definitely a great added bonus.

This story introduces you to a new kind of dragon than what you have already read or seen in movies similar to dragons that destroy anything in their path and fear absolutely nothing. We covered one of the books of the series in our other article, too.

The dragons that you get to read about in this book series are highly intelligent ones, capable of doing advanced mathematics and all sorts of things like that, they choose to take human form and live in peace with humans as scholars, teachers, ambassadors and so much more.

You also get to find out that this perfect world you are hearing about in our review is actually not all that perfect as the peace between dragons and humans has been growing very unstable for quite a while and it’s sure to bring some definitely thrilling events and twists very soon.

The Inheritance Cycle by Christopher Paolini

Here is another best dragon series written by Christopher Paolini in which you have 4 more books that are related to dragons and the magical world that they live in.

The first book of the series, Eragon, is a one of a kind book and the story that it starts for the series is definitely something to get excited about.

It all starts when Eragon, a young boy, finds a smooth blue stone in the forest which later actually turns out to be a dragon egg and he finally realizes that when it starts hatching.

You get to witness Eragon’s entire life being changed when a baby dragon emerges out of this egg and with it carries a legacy that Eragon is a part of now. A thrilling story now follows these two characters that will prove exciting for every second of the way.

This series is packed with four more thrilling books about dragons. It all starts with the first book, called Dealing With Dragons, where you get to meet Cimorene. A princess who is acting nothing like one as she is completely bored of her dull lifestyle and is seeking a bit more freedom, fun, adventure, and thrill in her life.

These desires are the reason for what she is about to do next, something that will kickstart the fun and adventure in this amazing series. Cimorene decides to leave home and wander the forests until she finds a dragon with whom she establishes a relationship and begins her new life with him.

In the next few books, you get to see all sorts of interesting and thrilling events as brave knights are constantly trying to rescue the princess not knowing that she isn’t in any danger to begin with.

Harper Hall of Pern series belongs to yet another, even bigger series about dragons called Dragonriders of Pern, which holds a vast story that spans for many years and talks about a lot of thrilling characters.

In Harper Hall of Pern, you get to read a story about Menolly and the Harpers of Pern. Anne McCaffrey wrote many books, that you may like.

The Harpers are powerful beings, who use their talents and gifts in music to become stronger and very respected citizens of Pern. This particular story in the books is about a character named Menolly, a girl who wished badly to become a Harper of Pern but was denied this wish by her father.

Being sick of the lack of freedom in her home, Menolly decides to leave home and see where the road alone takes her. A series of thrilling adventures and characters follow her journey as she works hard to finally become a Harper.

The Eon series consists of two very exciting books about dragons and a character named Eon who is full of surprises and twists that also seem to be everywhere that he is. Before the thrilling twists start coming in, you need to learn a thing or two about Eon himself.

He is a 12-year-old boy who has been training for a long time to become a Dragoneye, a highly valued and respected apprentice to one of the twelve most powerful dragons in this world, the energy dragon of good fortune.

There is a huge twist revolving around Eon’s identity but we believe it’s better not to spoil this in our review as this just might be the most important part in the series which affects the outcome of the story greatly.

Just be sure to keep reading and expect to learn something about Eon that is definitely going to blow your mind and everyone else’s minds in the story itself as they learn this too.

Fantasy fans be prepared for this series as this addicting story inside will definitely leave you wanting more after you have finished reading the contents inside.

The Iskari series is an exciting trilogy that involves some unique and strange characters, dragons, and a world of mystery and deceit that no thrilling adventure fan can resist.

The books inside talk about three very different stories but they all happen in the same world. The first one, The Last Namsara, talks about two characters, Namsara is the child of sky and spirit, a child who always brings light, and then there is Iskari, the child of darkness, moonlight, and blood, the child that brings death and destruction.

This exciting trilogy written by American author Mari Mancusi is here to offer you another epic fantasy tale about dragons. The story introduces you to Trinity, a girl who lives in a small town in Texas with her grandpa.

He believes that there is a living dragon egg in their little old town and Trinity thinks she is going crazy as she hears a strange voice more and more.

In the second book of the series, you find out about the changed world that Trinity now lives in after she finally stole Emmy’s egg. Trinity is on the run in this book with the last living dragon egg in a world that is being torn apart by war.

You will definitely enjoy this amazing book about dragons as Trinity and the other characters travel far and experience many dangerous things that change them as persons from the very first day that you met them when the book started.

Here is a bit of a longer one of the best dragon series that is sure to keep you busy and entertained for a while. Tui T. Sutherland’s Wings of Fire includes 19 thrilling books about unique and exciting events and memorable characters.

The books aren’t directly connected with each other, but the stories are related as all of them happen in the same world where exciting events are an everyday thing.

It all starts in the first book of the series, The Dragonet Prophecy, where you learn about the seven dragon tribes who have been at war for so many years now. The reason for this war is an ancient lost treasure that all of the tribes desire so badly. This is just one of the many more fascinating plots in the series as you get to go on underwater adventures, across thrilling and magnificent lands, and so much more.

Robin Hobb’s amazing The Rain Wild Chronicles series holds the four original books from the series plus one more extra, an added prequel to the whole story which is a nice little bonus for the biggest of his fans.

In this series, everything begins in The Dragon Keeper, the first book, as you find out about this world of dragons in which excitement and danger are never too far away from each other. There are many dragons who choose to help the humans in need in this world and most of them live in peace.

For example, the first book talks about a powerful dragon named Tintaglia, who once helped the humans survive a brutal attack from a few enemies and now it’s the humans’ turn to help this dragon and the many smaller ones find a more peaceful place to live in.

In this series, the story follows a pilot, Captain Will Laurence in a world that is in the middle of war, and something precious has unraveled itself. A dragon egg which soon hatches and the dragon chooses this special character, Will Laurence, to be its handler.

All of the books in this series are connected and the story goes far after the British Aerial Corps discover the dragon and do everything they can to keep it on their side. An asset such as that could be very useful for their war purposes. The story will definitely be filled with lots of twists and surprises that are sure to keep you entertained and excited for what is to come next.

Dragon Jousters series by Mercedes Lackey is bringing you very close to the end of our article as the story here is another thrilling one that involves a world in which dragons live alongside humans.

The Dragon Jousters are elite warriors who have to earn their position which allows them to ride dragons and move fast through the air. The story opens with a young boy who raises a dragon in secret and begins his training to become the next Dragon Jouster.

This is the trilogy known as Dragonriders of Pern where you find out about a world that again inhabits dragons and humans who coexist and work together to fight a deadly threat to the world of Pern. There is a dangerous substance known as the Thread that occasionally falls from the sky and only the Dragonriders have the ability to stop it.

The story talks about a lot of different characters who have unique traits and a lot to offer to the amazing world of Pern. You get to read about their adventures aside from fighting the deadly Threadfall and much more.

And finally, the last book in our review, this exciting story is last but not least as inside, you get to read four more thrilling books that have many more exciting dragon-related tales to tell.

The main character who will be taking you on this journey is the fifteen-year-old Jakkin who lives in a world where training a dragon to be the ultimate fighting warrior is the means of saving many lives, including Jakkin’s. 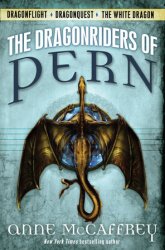 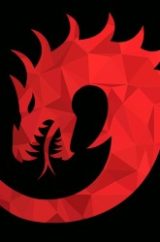 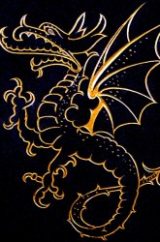 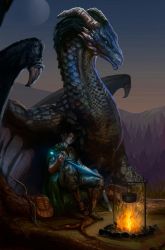 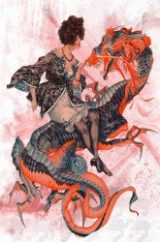 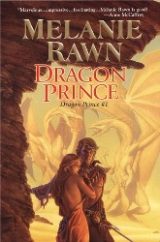