Vampire fiction novels have proven to be a popular book genre for many, mostly young adults and teens, but that doesn’t mean that anyone can’t enjoy them.

Vampire fiction has also proven that it comes best in large quantities so some of these best vampire book series are perfect for the huge vampire fiction enthusiast. They involve a great deal of romance, thrill, adventure, action, suspense, and drama in the plots so you are definitely in for some real excitement.

The first vampire series that you see in this article is Black Dagger Brotherhood, a novel that tells the story of many different characters who all prove to be unique and fascinating.

The novels in the series are not directly connected with each other but the events still happen in the same fantasy world. You can also find this book on our list of the vampire romance books for adults.

You get to meet characters like Wrath, the only purebred vampire who is left in the world and the leader of the Black Dagger Brotherhood. He is introduced in the first book of the series itself as the author explains what kind of world Wrath lives in and what exactly this Black Dagger Brotherhood is. It is actually a group of vampire warriors who serve as protectors for their race against de-souled humans who are also referred to as lessers.

The first book does a great job of introducing what kind of story you are about to get into. A few of the other characters and their exciting stories you get to read about in the next books of the series include Rhage, described as the strongest and fastest fighter of them all but also one who has a dark side to him.

He fears that one day that dark side might prove terrible for the loved ones around him. There is also Zsadist who you get to read about in the third book and find out about his past that was filled with so much suffering and humiliation.

You will quickly decide whether this series belongs in our best vampire series list or not as you start reading and see if the content meets your style. There are still plenty of other vampire series so be sure to keep reading. If we made you interested in this series, take a look at our article about the first book, Dark Lover.

Sookie Stackhouse is the second novel in our best vampire series review and the story involves a lot of romance even from the first book itself, Dead Until Dark. The author introduces Sookie herself, a cocktail waitress who is about to have her whole life changed when she meets quite a special character.

The story in this series is connected, unlike in the previous one, and every other book directly continues where the last one left off. You discover that Sookie is also special herself like the many other characters that you read about in the books. She has telepathic abilities which allow her to read other people’s minds, a skill that will prove very useful for the vampires.

Her vampire boyfriend Bill was proving as the perfect companion until Sookie finds him betraying her and their love for each other. The romance and drama definitely increase the levels of excitement from the story further.

Life on the Line

Sookie then meets another vampire who might be perfect for her. Her ability to read minds is also a curse when it comes to relationships and the vampire who she meets now has amnesia, so she can’t go snooping around in his past.

This new character and boyfriend who gets involved in Sookie’s life also brings his problems with him. The one who took his memory wasn’t after only that as his life is now also on the line and Sookie is here to help.

This series has a lot of deadly and thrilling adventures yet to be read and you can find out all of that as you start this epic vampire fiction series for yourself. There are many more thrilling things to read in it than just vampires which you will definitely see for yourself.

The Dark-Hunter series introduces you to a bunch of characters who all live in the same world filled with vampires and other supernatural creatures.

The series is one of those in which the novels aren’t directly connected. Some readers actually prefer this over the other type where the story focuses on only a few main characters and the story revolves around them in all of the books.

To get the idea of what to expect in the books, this review of some of the best vampire series out there will tell you something about a few of the novels and their plots. For example, in the first book of this fantasy sci-fi romance, you meet a character called Kyrian, he is a Dark-Hunter and his duties involve protecting humanity from all sorts of evil creatures.

He lives a pretty amazing life, he has tons of money and everything else that he needs, his days are never short of excitement as he battles those who wish to harm humanity, and no one knows who he is or what he does for the people.

Plenty of fascinating and unique characters like Kyrian are present all throughout the book. Another perfect example of what you get to read about is a Dark-Hunter and immortal warrior Artemis.

Artemis’ life being a Dark-Hunter starts after he trades everything that he loves and his own soul just for one moment of sweet vengeance on his enemies. In return for this power, he swears to protect humanity for all eternity as all Dark-Hunters are bound to this duty.

The Argeneau series also has separate plots in the novels but the one thing that they have in common is that the main character in each of the novels is an Argeneau vampire. The books do involve some mystery, thrill, action, and adventure, but romance is also something that the author has devoted a lot of attention to as well.

You get to see what we mean even from the first book of the series itself, A Quick Bite. The main character in this one is Lissianna Argeneau. She is definitely a unique vampire who loves to drink blood, mostly from sexy men, but she also tends to faint at the sight of blood. Her story is the perfect one to start off the story as her life is definitely an interesting one.

In the second book of the series, Love Bites, a character named Etienne Argeneau is the protagonist and his story includes events that take place after hundreds of years being a bachelor and the story shows that he has finally had enough of that.

Living With Your Choices

Him being a vampire allows him certain powers one of which is to be able to turn one human into a vampire in his entire life, only one chance to do this and once he does it, he has to live with that choice as he doesn’t get a second chance.

So the story here includes him bravely choosing a woman and the events that take place after that are something to definitely look forward to.

The story here focuses on one main character, the protagonist called Catherine Crawfield. She is a half-human and half vampire and she is fueled with hate and vengeance as she hunts the undead hoping to find her father who ruined her life.

Along her road, she encounters a sexy undead warrior who offers to help her in exchange for a chance to show her that not all of the undead have to be bad and evil. No wonder, that you can find this book on our list of the best adult books about vampires.

This character is called Bones and you will be seeing him quite a lot in the series as he later becomes her boyfriend and the romance starts to spark up. The reason that this series has a spot in this list about our choices for the best vampire series ever is because the characters inside and the story go into detail quite a lot.

The author manages to take time to explain every small detail in the story that makes sense for the events that are coming or for some past event that probably didn’t make sense then.

You get to read how Catherine and Bones end up falling in love with each other after trying so hard to keep things between them professional. They end up together and those times prove to be some of the best times of their lives.

Then they hit a rough patch in their relationship which leads to them breaking up. More twists start coming in when they get another chance of being together and this time Bones will make sure to do everything just not to let her slip away again. We suggest taking a look at the first book of the series, Halfway to the Grave.

Vampire Academy also has a few main characters who are present in all of the books in the series. These characters are Rose Hathaway and the Moroi Princess Lissa Dragomir.

Rose is Lissa’s guardian and protector but also her best friend. Their adventures together begin when they are sent into hiding at a school for vampires from the fiercest and deadliest kind of vampire there is, the Strigoi. For more information about the series, take a look at our Vampire Academy book review.

The drama and romance begin soon after they start going to school at the vampire academy and they become roommates. This story is also perfect for teenage readers as it involves a lot of high school drama and romance.

The story is also not short of exciting adventures and a lot of action as well and you will definitely get to see a lot of that in the books themselves as we can’t explain every fight that you will read about in this review.

Rose and Lissa have some dangerous times ahead of them as they quickly realize that there is no hiding from the Strigoi as they find them at the school. We covered another book written by Richelle Mead in our article.

One of the best parts of this series is definitely the vampire romance, the characters that you meet in this story are memorable and unique and they will make you want to read all of the books in one sitting. If you like romance and vampire worlds, then this series is perfect for you.

You might like some of the series more than others depending on a lot of things like the length of the series, the plots, the characters, and so much more, but on thigs is for sure, and that’s that these series are definitely some of the best vampire book series that you can read at this time. 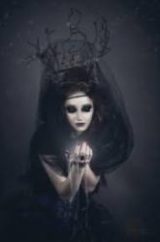 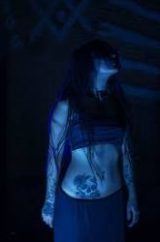 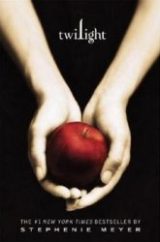