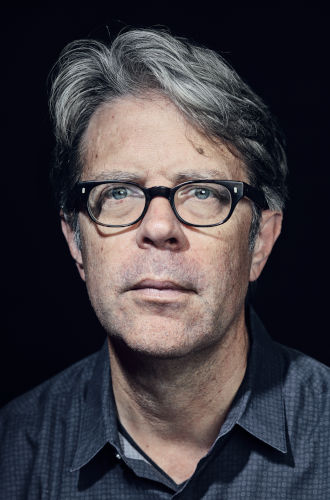 Jonathan Earl Franzen was born on the 17th of August, 1959, in Western Springs, Illinois, United States of America. Jonathan is a prominent, well-known American author and an essayist. Franzen’s parents were Irene, born as Irene super, and Earl T. Franzen.

Franzen’s father had been an immigrant from Sweden, whilst his mother’s roots seem to point to an Eastern European heritage. Jonathan earned his degree in German, in the year of 1981, from Swarthmore College. He married in 1982, and moved with his wife to Sommerville, Massachusetts, so as to go after his career as a writer.

Franzen’s genre of choice is Literary fiction. Influences that he has either cited or are just very obvious, come from don DeLillo, Albert Camus, Franz Kafka, etc.

He has worked on two separate movies, – Emptying the Skies, and The Corrections. Being one of the most intriguing authors of the last few decades, we would like to take a look at the best Jonathan Franzen books, and give our review for the ones that we mention.

The Corrections by Franzen was published in the year of 2001. It was released to wide public and critical success, noting that the exploration and venture into the dynamic of a family, and the social conflict, were ones reminiscent of Tolstoy.

The novel begins with a kind of vignette, as a jump into the clashes and overall dynamic of a certain middle-class home in Middle America. This novel would be definitely the best Franzen book, if we made this list of Jonathan Franzen books ranked.

From the get-go, the readers are concentrated and interested in the pain and resentment that a certain man has, as a result of years upon years of marriage to a wonderful wife that duly brings the family down and together into a more domesticated one.

The story happens in the Midwest, in New York City, and in Philadelphia, and it is most prominently interested in the agonized relationships inside of the Lambert family household. Alfred is a through and through patriarch. He is a retired railroad engineer, going in and coming out of certain fits and hallucinations that come as a product of his ailment – Parkinson’s disease.

Alfred, as we mentioned, is a patriarch and holds his conservative beliefs steadfast, unwilling to change. Enid is Alfred’s mother. She is thoroughly focused on having everything be peaceful and neat, trying as much as she can to have a single final Christmas together with the family that is rarely with them.

Then, we have the eldest son Gary, a banker in Philadelphia, as an unhappily married man. Denise is his sister as thirty-year-old chef, fresh out of a failed marriage, and other unsuccessful relationships.

The youngest, however, is son Chip. He is an unemployed former teacher, failed author with failures far away from home, too. In fact, he’d even worked in the country of Lithuania – showcasing in an acute juxtaposition how both dynamics work, back home and a long-ways from home. Overall, a classic of literature, and most probably the best Jonathan Franzen books, to date.

Franzen’s Freedom was published in the year of 2010, a day short of nine years after The Corrections. Surely after one is familiar with what the plot of Freedom entails, a swift, crude comparison can be made with his great novel The Corrections.

For starters, they both deal with the interwoven relationships and dynamics of a family. They’re both, also, Midwestern families. This novel is not only one of the top books by Franzen, but also one of the best-selling books by Franzen.

Our main characters are Patty and Walter Berglund. The two of them are, rather clearly from the beginning of the novel, liberal in their political orientation. They’re also rather politically correct, which is the subject of a bit of satire at the hands of Franzen and his buttery, smooth, engaging prose. Walter and Patty have two children. The children don’t exactly find life to be as simple, ordinate, or satisfying as their parents might have led them on to believe.

What follows are a number of flashbacks, shifting the narrative voice, leaps in the chronological quality of the story. There are even a few sections acting as autobiographical writing by Patty, herself, written in the third person. We see how their own families worked like, how their own dynamic was, and how they came to meet each other.

No doubt if one puts Freedom next to The Corrections on a bookshelf, it wouldn’t shine quite as radiantly as the latter. It is, however, in spite of that, a fine novel, and a great read. There are a number of flaws, but the overarching theme prevails valiantly and gives way to a satisfying read.

Purity was published nearly five years ago, in 2015. It is the fifth novel in the bibliography of Franzen, though his career has extended for longer than a period of twenty-five years. For many of his fans, the Purity might be the best Jonathan Franzen novel.

Purity represents a powerful tale of fidelity, murder, and idealism. We have two sets of characters, all original in their own intrinsic ways, – East Germans and Californians. There are better parents and worse ones, journalist characters and ones that leak stories. Franzen’s Purity reviews were very positive and we, of course, agree with the critics.

We go along with their interwoven roads, walking on the landscapes of the modern implications of the Internet, but also of the unyielding conflict between the genders. One of Franzen’s most challenging, striking novels.

The trademark quality in all of the best Jonathan Franzen novels is, as we mentioned above, present. A dazzling group of characters is at the forefront of Franzen’s expert dissection. We see characters struggling with their sizeable college debts, having a job in a wrongly revered telemarketing job that doesn’t offer means for the payment of the debt.

Then, we have the journalists, Tom Aberant and Leila Halou, trying to sustain their integrity concerned with their investigative capabilities in the unceasingly changing age of the Internet. An occasional billionaire isn’t missing, too, nor is his prideful daughter.

A genuinely pleasant read, Purity shows that Franzen hasn’t lost his footing. In fact, he might have taken a giant leap. Rightfully belongs on our list of best-rated books by Jonathan Franzen.

How to Be Alone

Released only a year after classic The Corrections, How to Be Alone by Franzen – published in 2002 –, is one of Franzen’s most intriguing books for a plethora of reasons.

Featuring a number of essays in this collection, Franzen examines themes ranging from the industry interested in sexual advices, to the deeper intricacies in the structure and work of prisons.

Each subject picked apart by Franzen deals with some very known themes that he has a penchant for – the steady decay of intimate dignity, civil life, along with the unyielding, unflinching shadow of loneliness that follows the quintessential American, today.

This is, as is worth being noted, not Franzen’s first rodeo pertaining to essay-writing and publishing of a series of essays, collected together. In fact, one of his first books was released as The Harper’s Essay. However, this attempt by Franzen is a bit more timid – though only superficially –, less literature-critical one. Franzen’s Why Bother? is here to make valiant fiction lovers and readers to take a step into the non- fiction writing waters of Franzen.

One of the most peculiar, odd, yet queerly intriguing opinions by Franzen is concerned with smoking cigarettes. Franzen sees smoking cigarettes as serving the faculty of familiarizing oneself with an Armageddon, an apocalypse, to see oneself acquainted with the terrors of this world, making death seem more brotherly, not quite so strange, and so not as horrifying as it stands in the depths and crevices of our minds. Definitely one of Franzen’s best books, and should as such be on the bookshelf of any Franzen admirer.

The Discomfort Zone – the final Jonathan Franzen’s best book on our list, today – was published in the year of 2006. In this entry, Franzen showcases the mighty prowess that he has with non-fiction writing.

The book is a small, tightly written, admirable memoir. It starts out with the aftermath of Irene’s death, Franzen’s mother, and it comes to an end with the tranquil, quiet revelation about the faculty of love.

Franzen is a very meticulous writer, focusing most of his efforts on the tremendous meaning of the smallest of things. Everything, under the sight of Franzen, is endowed with great significance, even if this meaning is shrouded for the moment being, even if it may take years, decades for one to see it unsheathed completely.

Like we said, it starts out with the death of Irene, though it doesn’t follow a strict manner of storytelling – the start and end of the present –, but follows six different points that comprise a roughly sketched chronology together.

This allows for the separate points and periods to be imbued with more vigor in clear juxtaposition with the others. Since everything is so clearly different from everything else, everything protrudes a bit more in the minds of the readers.

In one of the quirkiest, funniest sections of the books, Two Ponies sees Franzen concentrating on a certain cartoon’s creator. The cartoon is Peanuts, with the creator being Charles Schulz.

While we won’t spoil the fun for readers in our Franzen book reviews, it does speak on what he had to relate with the characters, what he didn’t, and how this point in his young life had so much impact on his general upbringing and point of view, decades later.

All in all, the book is a self-deprecating, poignant tale of literary magnitudes. A wonderfully beautiful addition to Franzen’s bibliography. Other most popular Jonathan Franzen books, maybe even the best books by Jonathan Franzen, that might prove to be interesting to our readers are the following few: Strong Motion, The Twenty- Seventh City, and Farther Away.

If you are wondering when Franzen’s new book will be published, one of Jonathan Franzen’s quotes says that the sixth novel, that he is finally writing, will be his last one and that’s all we know. 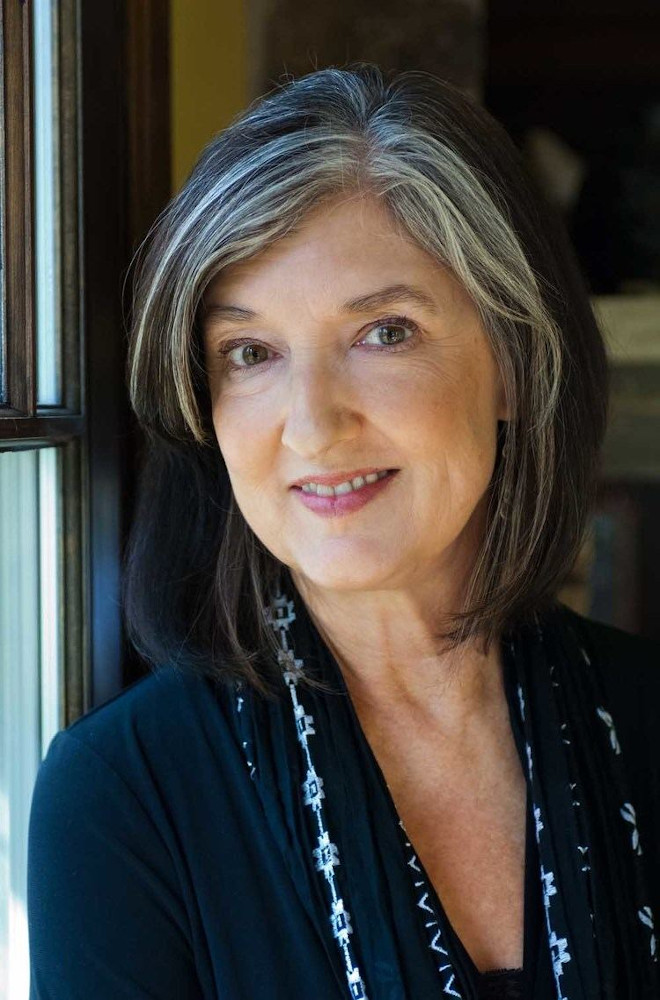