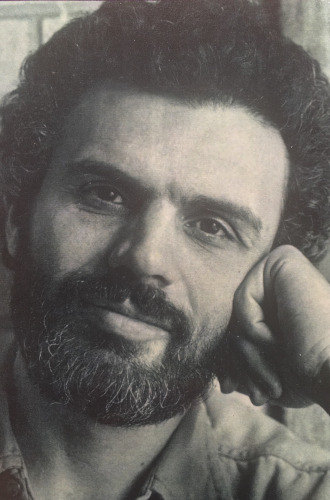 Vassi was born and raised in New York City. He married thrice, and was fond of experimenting with his sexuality and with drugs. Life, to the potent mind of Vassi, was the theory and practice of freeing oneself. This meant, to him, the exploration of one’s sexuality. Vassi was the one that coined the term metasex, meaning sex outside of the marriage’s bounds.

Sadly, Vassi succumbed to pneumonia caused bi AIDS on the 14th of January, in 1989. With all that said, we can now get down to finding out what the best Marco Vassi books are.

The Stoned Apocalpyse from Marco Vassi was first published in the year of 1972. The book is an autobiographical outlook on the eighteen-month period that Vassi spent searching for a state of mind or a lifestyle that would grant him the most freedom possible.

The book starts out with the question ‘Are you searchin?’. This question is posed by a woman working with Vassi. She, in due time, leads Vassi to join a cult – a Gurdjieff cult, to be exact. However, Vassi isn’t much for the worshipping kind or the psychological anguish type of enlightenment, so he soon takes leave.

Soon enough, Vassi starts getting into the faculties of Scientology, then of Communism more acutely. Both of those don’t last much for Vassi as he gives up on them and goes to California. In California, he continues the venture he set for himself. This venture is one of the souls, the spirit, the mind, and the being. As it turned out, the station where Vassi would stop at and spend much of his time had to do with many drugs and sexual intercourse with a lot of people.

The insights that Vassi has on the topics is an outstanding one. He doesn’t come out as biased for any of the inclinations that he mentions, but shows the things he has learned in a brisk, forthright manner. The honesty and genuineness of Vassi are what make this book one of Marco Vassi’s best books.

The book is divided into two different, separate section. The foremost is A Corpse of Dreams, where Vassi has compiled a series of stories. These stories are potent and invigorating. Their approach is an unfound one, as only Vassi can write with that trademark vibrance while maintaining the intellectual side. The twists and the turns of the stories are also ones to keep on eye on, and so are the endings.

A Collection of Bones

The second and final part of the book is called A Collection of Bones. This is where Vassi has collected his personal thoughts, essays, ruminations on the sexual experiences that he has enjoyed. The assertions that follow from Vassi’s striking penmanship are ones provocative, bold, and subversive.

He uses western philosophy just as well as he speaks of the eastern or oriental variety, as the reflections remain acute all- throughout. The relationship between man and nature is elaborated on brilliantly, too. One of the best books written by Marco Vassi, doubtless. It has many things to tell and leaves the reader with much to think of.

Marco Vassi’s extremely powerful and important book The Saline Solution was published in the year of 1971. Like all the Marco Vassi books, it deals explicitly and provocatively with the sexual inclinations of man and what his own sexuality means. It is primarily a fiction book, though one can see elements of autobiographical, non-fiction writing thrown in, of course.

The novel is a poignantly touching one. A young man gives all of himself to the faculty of sexuality and to sexual discovery. He does this so as to take a headlong, deep look at his own being, and at the philosophical crux of his time’s beliefs. One can’t help but feel captivated by a certain downtrodden, dreary angst or anguish in the center of the book.

Vassi ruminates and ponders upon the risks that one takes willingly when we make the decision to have casual sexual intercourse outside of any firm relationships – he refers to it as an ‘afair of impersonal intensity’ –, and more importantly on the perils that sexual liberty entails. Vassi isn’t naive and knows that affairs of the unburdened relationships often fall into an off-kilter state after some time. He contemplates why this could be, while dissecting the motives, little pleasures, and consequences that man accepts when he says yes to sex.

Myth of Our Civilization

A short, succinct, yet potent quote from the book is the following one: ‘The most invidious myth of our civilization is the idea that any form of social contract can substitute for unrelenting moment to moment awareness by each individual. ‘ A few other books from Vassi’s sensual, sentimental, and melancholic mind are the following: The Gentle Degenerates, Mind Blower, and The Other Hand Clapping.