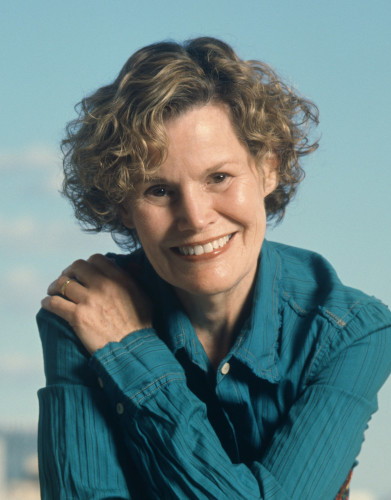 Most of Judy’s fans are young adults as she writes the most thrilling fiction for young adults and some very exciting children’s books. Her writing style is definitely very engaging with some of the best content that focuses on the best years of our lives.

The period when we become adults and our golden years of being teenagers. She sure knows how to tempt her readers with some drama-filled stories that make you read on and on.

One thing we can surely say about Judy is that she isn’t afraid to speak her mind in order to make sure her stories live up their full potential.

You will find her fictional stories and characters to be very memorable and that there is nothing out of the ordinary with what she writes about. So, having cleared out the introduction to Blume, let’s find out what some of the best books from Judy Blume are.

Are You There God? It’s Me, Margaret

Let’s dive into the fantasy mind of Judy with this phenomenal book about a girl that is just about to turn twelve. Her name is, well you guessed it, Margaret and she has just moved from New York City to Farbook, New Jersey.

Margaret is your typical kid that likes her long hair, the taste of tuna fish, the lovely and fresh smell of rain, and the color pink. Like any other kid, she is anxious to start from scratch in her new home as she meets her first friends, Nancy, Gretchen and Janie and tries to simply fit in with them.

Margaret is thrilled that things are starting to go super nice and she gets more excited when she becomes part of their secret girl’s club where they get to talk about anything like boys, getting their first period, bras, and similar.

Talking to God All the Time

After some very interesting conversations, a topic of religions comes across and they are all stunned to find out that Margaret doesn’t actually have a Religion and that, in her own special way, she talks to God all the time.

You get to find out exactly what she means by this in this very interesting book when she tells her friends that she can rely on and talk to God about everything and that she always feels better after doing so.

Chances of liking Margaret are very high as she is a super relatable girl with the best of characters and very friendly. Truly a great character in an even better book.

Tales of a Fourth Grade Nothing

This is a story that will surely be fun for everyone no matter what age you are as it describes the life of an annoyed fourth-grader by the name of Peter Hatcher as his little brother Fudge constantly gets on his nerves and is the center of attention in their home.

No matter what is going on, Fudge always gets his parents’ attention being the little brother and all, and on top of that, the more reckless one who always finds a way to get into trouble. Fudge is almost 3- years-old and after he messes with Peter’s pet turtle, that’s when he really manages to make Peter mad.

After that incident, Peter has had enough of his little brother and starts planning ways to get his parents to show some appreciation for him for a change and get more attention around there. You get to read about these characters and their excitement filled lives as it’s never boring in their world thanks to Fudge.

The story is funny on its own, but the characters are even funnier. Once you start this book by Judy, you can’t wait to finish in order to find out how it all turns out at the end. Will Peter succeed with his plans, or will he just make things even worse than they already are? Find out for yourself in this amazing story called Tales of a Fourth Grade Nothing.

In The Unlikely Event

Get ready to meet another batch of interesting characters and a story that will make you gaze with an open mouth in this book as Judy tells a tale of a woman and the worst year of her life.

The story starts pretty smoothly, easy-going, everything is normal in the town of Elizabeth, New Jersey. Nothing special, nothing out of the ordinary, just the people of Elizabeth going about their everyday lives. We meet Miri and Rusty who are heading out to see a movie they liked when suddenly appears the first exciting twist in the book.

While Miri and her mother Rusty were going to the movies, a plane that Ruby, a dancer who was heading out for a show to Miami, crashes near them, killing everyone on board.

That was something no one sees every day, so naturally, they were stunned out of their minds. It’s an event that everyone in Elizabeth is talking about for the coming days. Everyone handles it in different ways, some more affected than others.

The book has definitely more to tell than just an unordinary plane crash. Judy talks about a story that spans over three generations of families, talking about everyone in detail, describing their lives, their stories, their thoughts. One generation reminding the next that life goes on and everything can happen.

While it’s hard to describe, you will positively find out why this is one of the best books from Judy Blume after you read a bit of it.

Here we have a bit of a different book, unlike Judy’s other content that is mostly for children and young adults. This book holds some explicit content that is more suitable for adults as it tends to describe some sexual content in the pages.

That’s why this story is for a different audience than the one she is used to, but it’s definitely worth a spot on our best books by Judy Blume list.

Forever… is a story of love, of an unbreakable relationship between two people in love who are sure that they are made for each other. This couple has everything planned for their future and they are certain that everything is just going to be perfect for them, that is until Katherine’s parents insist that she and her other half Michael, test how strong their love for one another is by spending one summer away from each other.

They wish to see if these two people who seem so wildly in love, can make it through one summer apart without losing that spark. So begins a story that is thrilling for any reader filled with such strong content that you can imagine every scene Judy is describing and such a good story that you just can’t stop reading after getting involved in their worlds.

Although it’s a different kind of story than Judy’s other books, it is most certainly one that is far from forgettable and dull.

Ah, we are back to Judy’s old writing style with this one as it is definitely a story that is fun for kids and young adults alike. It’s a really cute story if you ask me, as it starts with a boy named Nicky. He has freckles all over his face, up to his ears, and down to his neck and back.

Judy mentions a funny fact that the boy who sits behind him in school, Andrew, once counted 86 of them which were only just a starting number. Now, Andrew was annoyed by his mother always wanting him to be clean so he thought that she would never know if his back and neck were dirty if he had freckles like Nicky.

You can see where I’m going with this right? So, when Andrew asks Nicky how he got all of those freckles, a girl who always knows everything, which is kind of annoying, overhears them and offers him an immediate solution to his needs which is a freckle juice that can give Andrew instant freckles.

You definitely have some thrilling pages waiting for you after you find out that Andrew decides to drink the freckle juice. Be sure to see what happens next and how all of this turns out in Freckle Juice.

So, in most of her children friendly books, and some with explicit content for the older audience, Judy has established herself as an amazing writer who can definitely tell a story. Judy has many more amazing books, but these are our top choices for the best books by Judy Blume.